Bradley Aaron Stein attempted to steal a vehicle on Sunday morning in the City of New Market, the JCSO said. 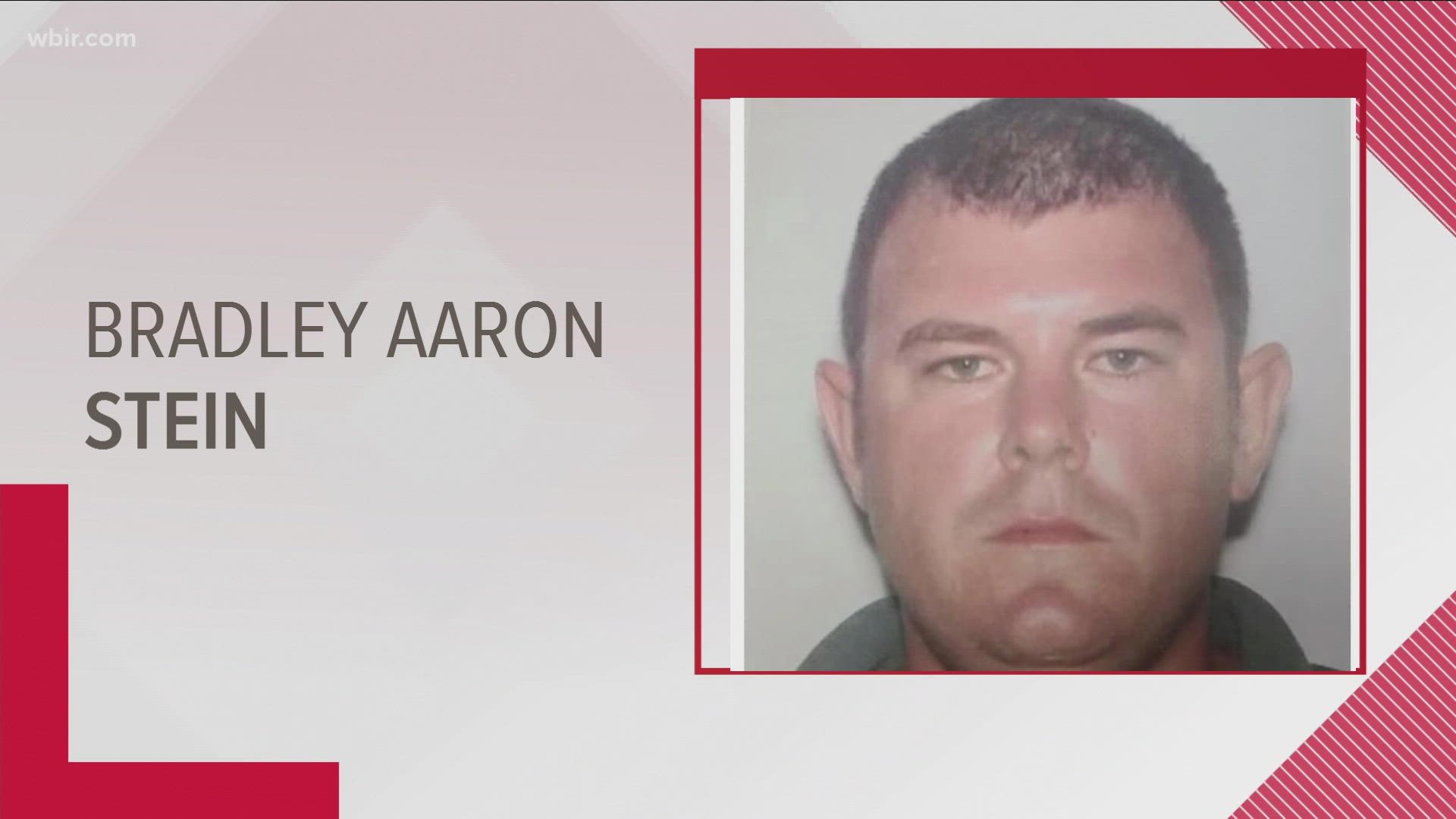 JEFFERSON COUNTY, Tenn. — The Jefferson County Sheriff's Office confirmed that a carjacking suspect, Aaron Bradley Stein, died after being taken into custody and transported to the ER for a self-inflicted gunshot wound.

At approximately 2:59 a.m. on Monday morning, deputies with the Blount County Sheriff's Office supported with JCSO deputies approached Stein in a creek bed after the TBI aviation unit spotted the suspect, JCSO said.

As deputies approached the suspect, Stein turned the weapon on himself and fired. He was transported to the University of Tennessee Medical Center. Sheriff Jeff Coffey said Stein died a day after his family decided to cease life support.

Stein allegedly attempted to steal a vehicle on Sunday, August 8, in New Market on Minnis Street.

This attempt comes four days after he carjacked a 20-year-old woman in the parking lot of the Planet Fitness on Chapman Highway.

Stein broke the passenger side window of her vehicle, pointed a gun at her, and demanded she drive him to a location, KPD said.

KPD said the victim and suspect were driving near SoKno Taco Cantina when the victim was able to flee from the vehicle. KPD said the suspect got into the driver's seat and drove north on Sevier Avenue.

A bulletin was issued to surrounding counties after officers responded to 3701 Sevierville Pike on Wednesday, August 4 at 6:45 p.m.

The victim’s vehicle, a silver Volvo, was later located in Jefferson County near 11E and Whitaker Road.

Around 7 a.m. on Thursday, August 5, Jefferson County Central Dispatch received a call that a man matching the description of the suspect was walking on Hwy. 11 E.

Deputies arrived within two minutes and were directed by an eyewitness to where the suspect was seen walking into the woods, JCSO said.

A perimeter of the area was created and two K-9 teams were summoned to the scene to attempt a track of the suspect, according to JCSO.

The K-9 team began a track from the location that the thick foliage began but was unable to complete the track, according to JCSO.

The weather also hampered the use of aviation in this search due to the heavy fog in the area. The Jefferson City Police Department responded with a drone in an attempt but were also unsuccessful, JCSO said.

Once the weather cleared, aviation support did arrive from the Tennessee Highway Patrol and KCSO. The decision was made to deploy CS gas into an area of the woods that deputies were unable to search due to terrain, according to JCSO.

CS gas was deployed from the ground and air with no success. Both aviation units used Thermal Imaging and were limited by the heavy canopy created by the thick foliage.

Around 4:30 p.m., Special Operation Response Team members from the Sheriff's Office, The Jefferson City Police Department, The White Pine Police Department and the Tennessee Highway Patrol Strike Team entered the woods in an attempt to locate the suspect. This search was also unsuccessful, according to JCSO.

The extensive search of the area where the suspect was seen prompted soft lockdowns for New Market Elementary School and Rush Strong School on Thursday, August 5.

JCSO investigators were notified about a potentially dangerous suspect in the area, and said they made the decision to lockdown the schools.