The boy had a successful surgery at UT Medical Center and was awake and alert Sunday morning, according to the sheriff. 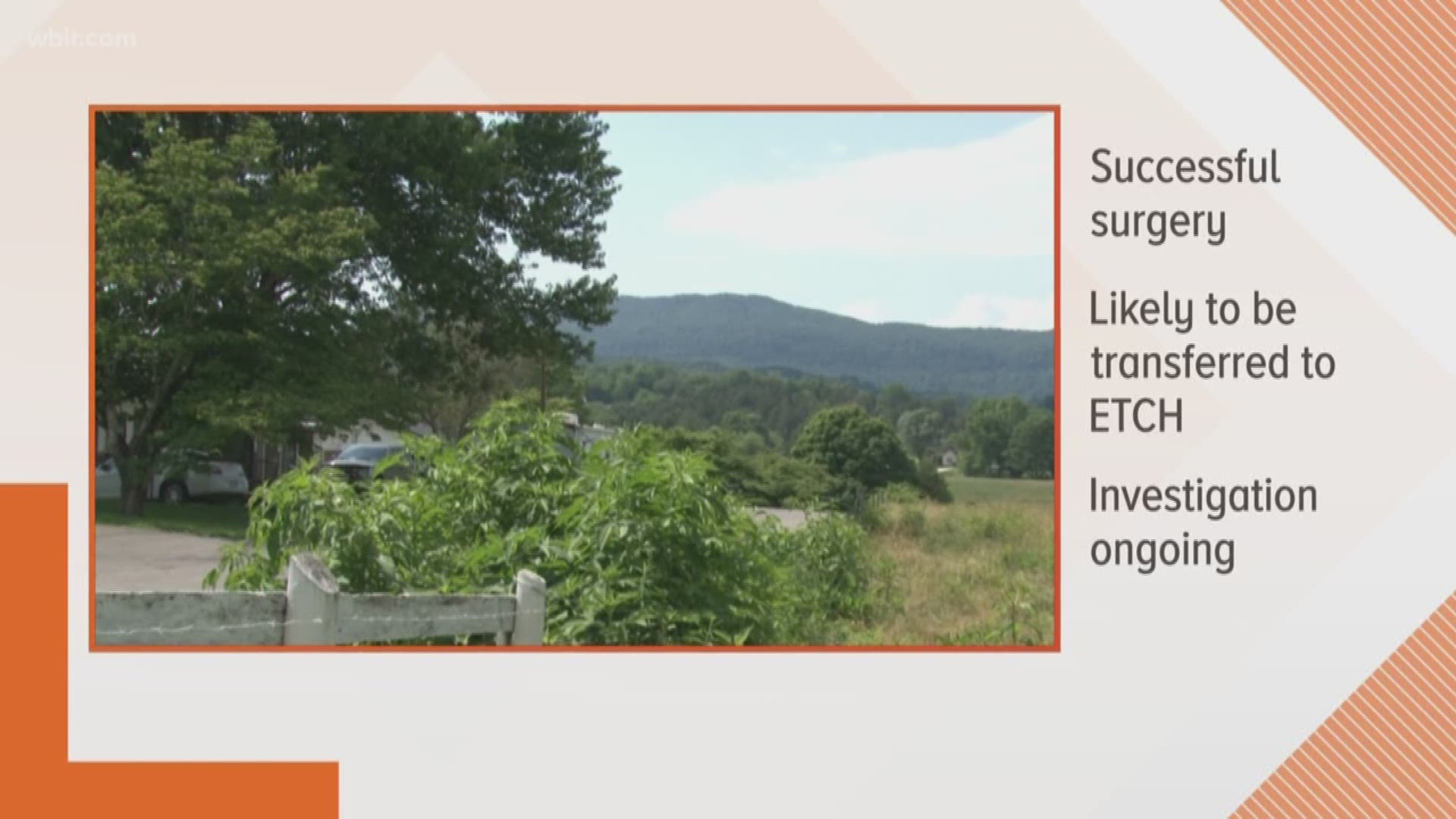 UPDATE: The Claiborne County Sheriff says there are no charges pending at this time for the parents of a child that was shot in the head this weekend.

Sheriff David Ray said the young boy is "doing fine" after having a successful surgery at UT Medical Center, and was awake and alert Sunday morning.

The sheriff said it appeared the incident 'was an accident' and that there was no negligence on the part of the mother.

Sheriff Ray says the boy is likely to be transferred to east Tennessee Children's Hospital in the near future.

The boy's family is with him at the hospital, the sheriff said.

ORIGINAL STORY: The Claiborne County Sheriff's Office said a small child in the hospital after being shot in the head Saturday inside a home in the Shawanee community.

Deputies said they were still investigating the scene Saturday afternoon.

Neighbors on Nevils Street said they didn't hear the gunshot, but witnessed the commotion afterwards. They said the child was a young boy, almost three years old.

One said she talked to the parents after the incident, and they were shocked and said the child shot himself.

One neighbor said the boy’s parents said the bullet hit his head and grazed the top of his scalp.

The neighbor said the little boys head was wrapped in bandages. She said he was crying, but alert, and conscious when first responders came to the scene.

Authorities say the child was transported by helicopter to UT Medical Center.

This is a developing story. We will continue to post updates as we learn them.