No runners finished the 2018 Barkley Marathons. None even made it past loop three. The weather and insane 100-mile course reminded everyone why the race is considered the toughest in the world.. 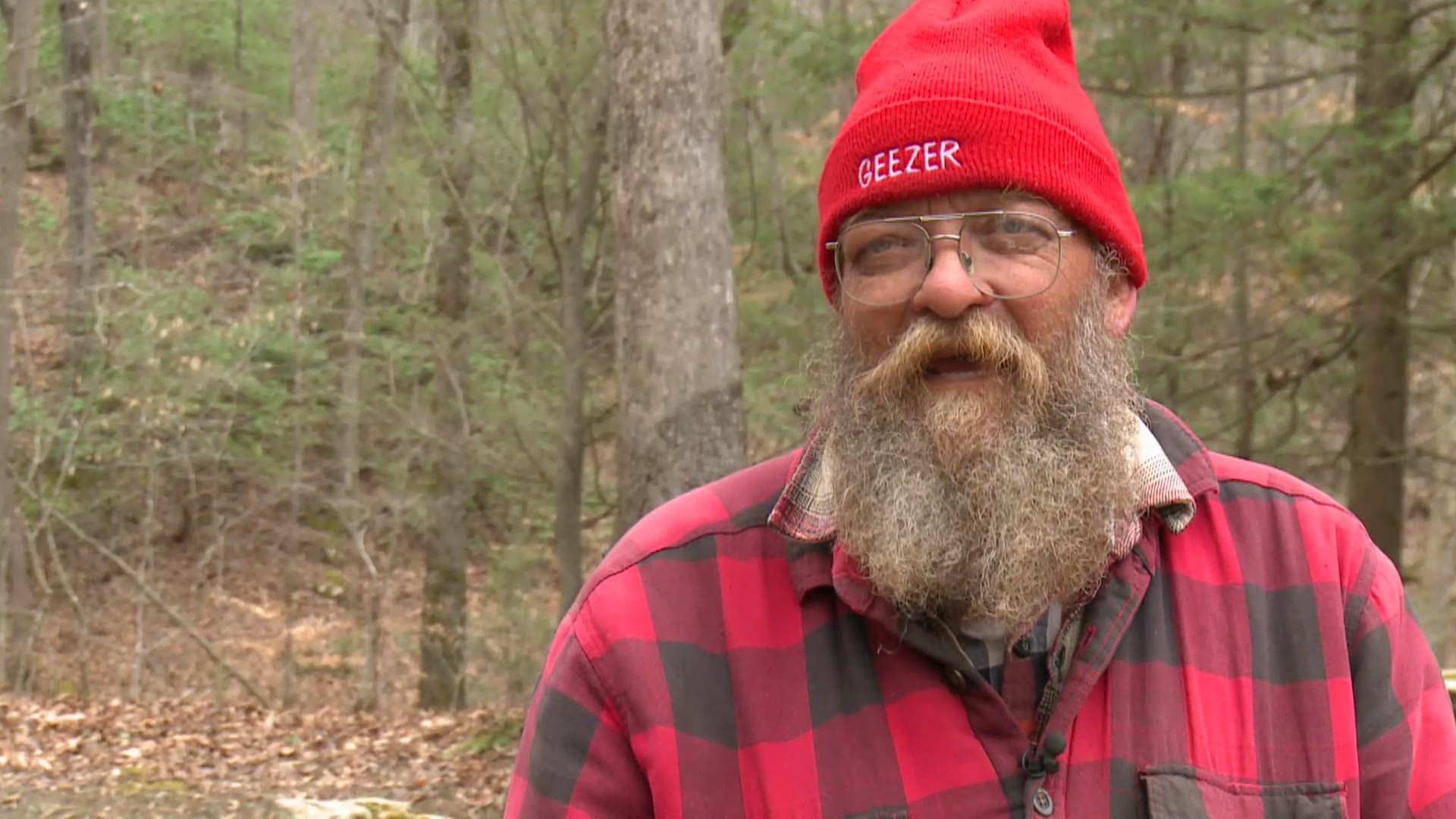 Morgan County — Monday afternoon, elite runners from around the world were slowly leaving the campsite at Frozen Head State Park. Some stirred dying campfires at a time when many hoped to still be running a ridiculously difficult race. Yet, any dreams of someone conquering the 2018 Barkley Marathons went up in smoke on Sunday.

"Sometimes, the Barkley wins. The race started Saturday morning. We should still be running right now [Monday afternoon], but they couldn't beat the mountains," said Gary Cantrell, the Barkley Marathons race director who also goes by the name Lazarus Lake.

Not only did zero runners finish the race consisting of five 20-mile loops within the 60-hour time limit. None of the runners made it beyond loop three. Only one runner, Gary Robbins of Canada, completed three loops in fewer than 40 hours, making him the only competitor to complete the "fun run" of 60 miles.

The field in this year's Barkley Marathons was considered very strong and featured many competitors with a few years of prior experience.

Robbins was a fan-favorite after finishing four loops in 2016 and then falling painfully-short of the five-loop goal in 2017. Robbins completed the 2017 race six seconds over the 60-hour cutoff time. He also would have been disqualified for ending his final loop from the wrong direction.

Robbins was 12 minutes over the 36-hour cutoff to begin loop four. Ultimately, it likely would not have mattered if Robbins had completed the third loop 12 minutes earlier. Laps tend to become slower over time as sleep deprivation and exhaustion take their toll, pushing the 60-hour limit farther out of reach.

"You get to a point where you know someone cannot make it. People usually do not make up time, especially in the last few loops," said Cantrell.

This year marked Jamil Coury's fourth attempt at the Barkley after failing to complete the course in 2014, 2015, and 2017. Coury previously made it to the fourth loop. This year, he was only able to finish two loops.

"I thought I was better-trained than ever. I was humbled more than ever. The weather was so tough. At one point it was raining buckets on me. You were having to use all of your upper body strength and poles just to keep from sliding down the hills," said Coury. "This was supposedly one of the strongest fields ever. I wouldn't have believed you if you said that was the result this year."

"It was a difficult year. On Saturday it was pouring rain. We had thunderstorms, had sleet, and some of [the runners] got caught in hail storms up on top of the mountain," said Cantrell.

The Barkley Marathons is already a nearly-impossible event in ideal conditions. Runners are not allowed to use GPS or altimeters. They also do not know the route of the race until just before it begins. Much of their energy is often spent navigating to find books hidden in the woods along the route. They must tear out the page that matches their bib number to prove they completed a loop.

The off-trail race requires runners to complete a steep course that is the equivalent of climbing the elevation of Mount Everest twice. Runners also do not know exactly when the race will begin, other than sometime between midnight and noon on Saturday. They are given a one-hour notice when Cantrell blows a conch shell. The race begins when Cantrell lights a cigarette at the yellow gate that serves as the start and finish line of each loop.

The yellow gate at the campground in Frozen Head State Park marks the start and finish line for the grueling Barkley Marathons.

The steep hills funneled raging waters into Frozen Head State Park and the site of the former Brushy Mountain State Penitentiary. The former prison site is one of the stops for runners as they travel through an underground tunnel that allows a stream to flow beneath the grounds. The rushing water in the tunnel swept some runners off their feet.

"The tunnel at the prison, I looked down at the water and it was like a raging river. It was anywhere from ankle to calf-deep, depending on when you went through it," said Coury.

"I would say everybody got the most out of themselves that they could. And that's a victory. But the mountain has its day," said Cantrell. "It is good for the mountain to win once in a while. It's not a contest if the mountain never wins. You cannot have the intensity of the joy of success without experiencing the bitterness of failure sometimes."

There is no prize money. Finishers merely earn the admiration of peers around the world who generally know immediately if someone completed the course. The Barkley Marathons has developed an intense following on Twitter using the hashtag #BM100.

Thousands of people apply for the Barkley each year, if they can figure out how to apply. The rules for registration are shared by word-of-mouth. Then 40 runners are chosen from the pool of applicants to participate.

The first race was in 1986. The idea for the Barkley Marathons was inspired by the prison escape of Martin Luther King Jr.'s assassin, James Earl Ray, from nearby Brushy Mountain State Penitentiary in 1977. The race does not honor Ray. It mocks his attempt to run through the rugged terrain in Frozen Head State Park.

"We were laughing because he ran for two and a half days and only made it 8.5 miles. I was young and cocky and thought I could have made it 100 miles," said Cantrell.

The former prison was built with the rugged hills surrounding it on three sides. No prisoner ever escaped the prison without eventually being caught. Inmates could occasionally beat the prison walls, but were unable to defeat the deceptively difficult terrain.

Credit: WBIR
The stream and tunnel beneath the former Brushy Mountain State Penitentiary.&nbsp;