'No Panhandling' signs popping up at busy Knoxville intersections

KPD decided to install the signs beginning in late 2018 at intersections that were receiving repeat calls for panhandling. 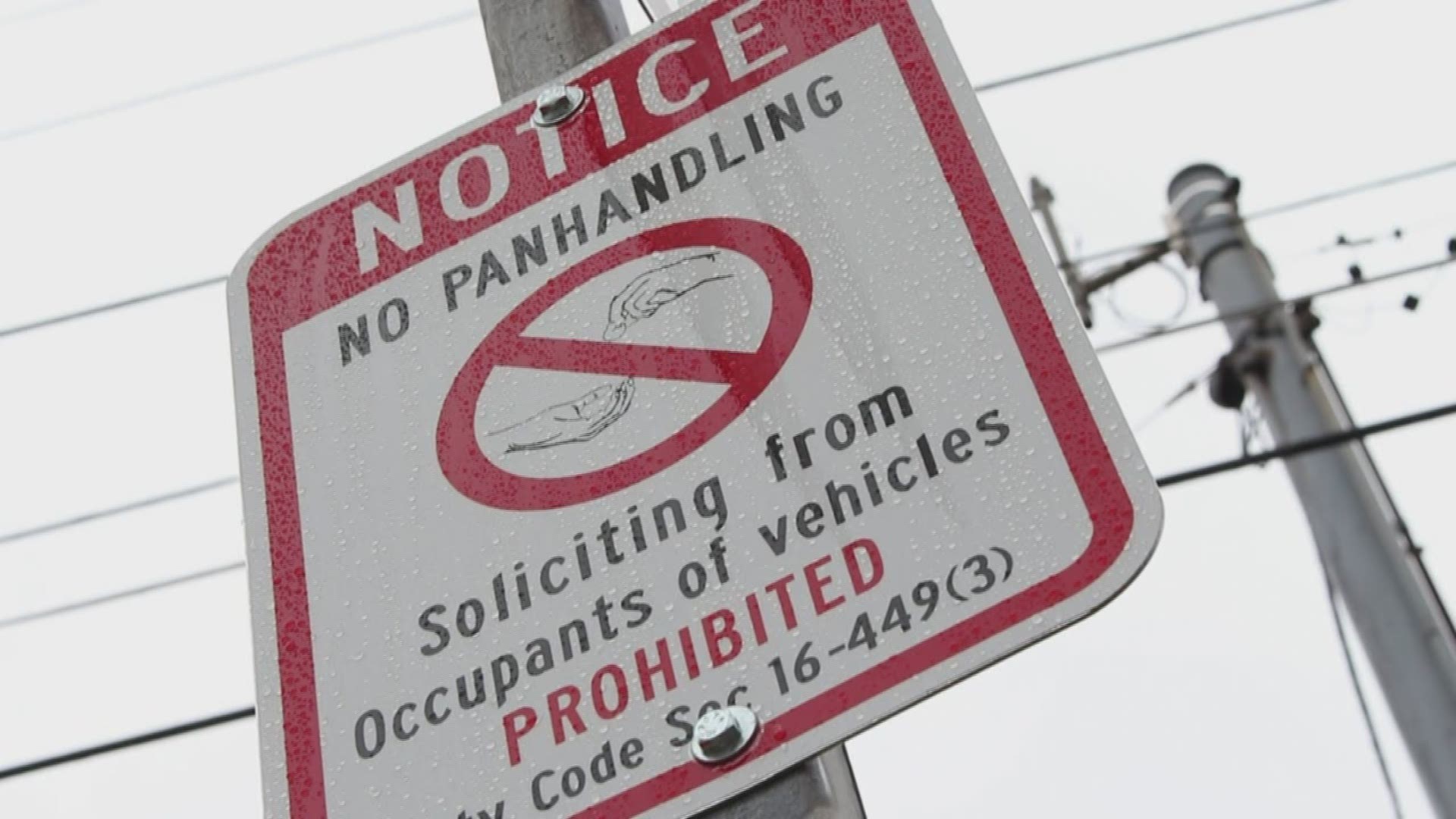 The Knoxville Police Department has installed signs to deter panhandling at busy intersections across the city.

Scott Erland with KPD said the department decided to install the signs beginning in late 2018 at intersections that were receiving repeat calls for panhandling.

The sign displays 'No Panhandling - Soliciting from occupants of vehicles prohibited' and cites the Knoxville city ordinance that prohibits people from soliciting money or other things of value from people in a vehicle or those entering or exiting their vehicle.

Erland said the department hoped the signs would reduce panhandling calls for service to free up officers to address other issues, as well as educate drivers to discourage them from stopping in lane and becoming a traffic hazard.

He also said KPD is trying to eliminate safety hazards for panhandlers who are at greater risk at busy intersections.

UTPD sent a note to students in August asking them not to give money or any other items to panhandlers, and should instead point them to local organizations and charities equipped to help like Knoxville Area Rescue Ministries.