'No plans' to fix collapsed greenway tunnel under Neyland Drive

When it was open, the walkway was especially popular on weekends and during home athletic events. 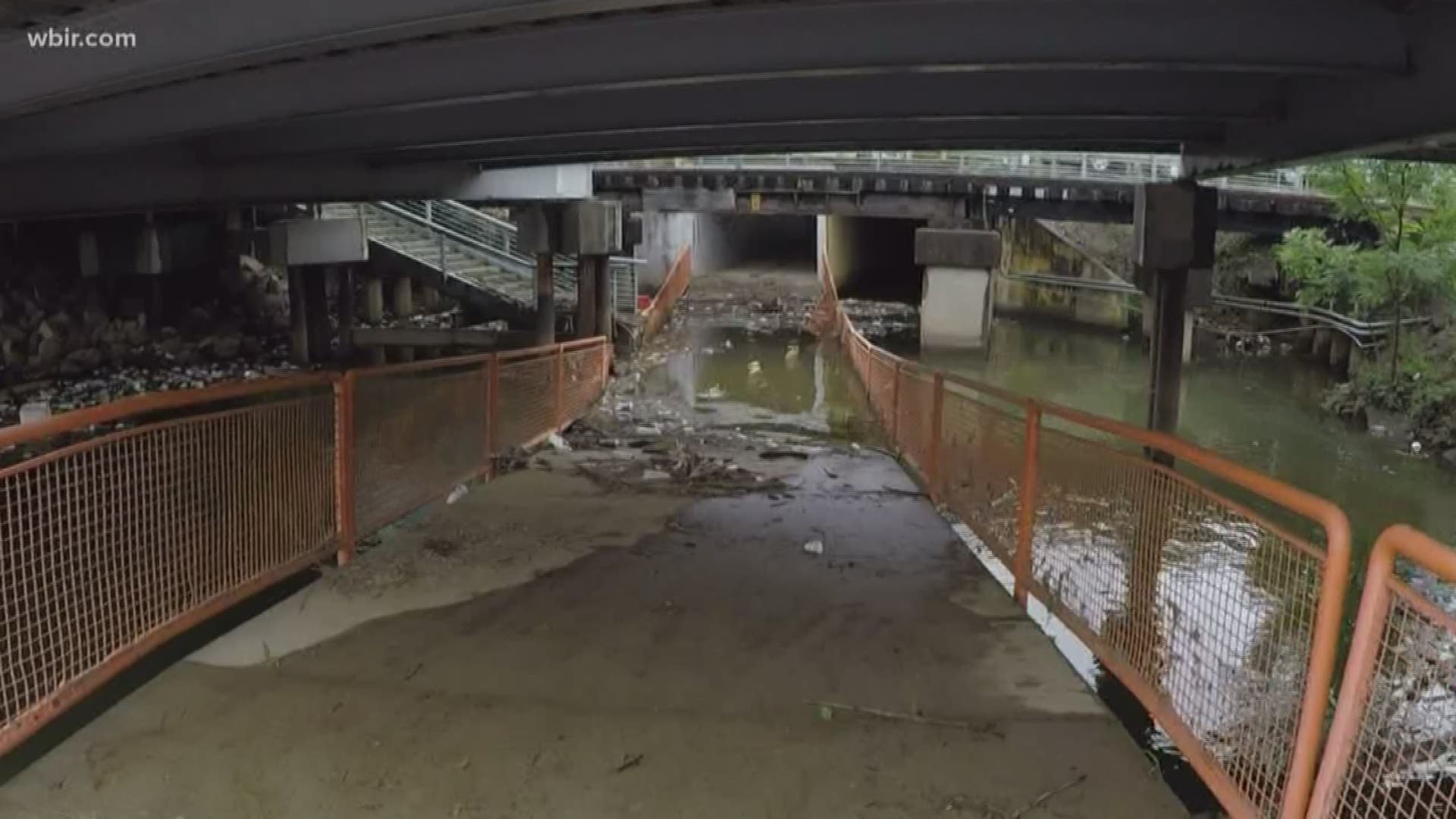 The walkway that links Fort Loudoun Lake next to the University of Tennessee boathouse with the greenway on the opposite side of Neyland Drive has been closed for months after it collapsed into the water where Second Creek empties.

The city of Knoxville said it's the responsibility of UT to maintain it.

UT told 10News on Tuesday there are no immediate plans to fix access to the tunnel.

While it was open, the walkway proved especially popular for pedestrians  during home athletic events. It's a convenient way to get from one side of four-lane Neyland to the other without having to step into traffic.

While there's a pedestrian light right there by the boathouse, the crossing can still be intimidating because vehicles travel so fast on Neyland Drive.

Authorities said the tunnel was originally built for the 1982 World's Fair, which featured attractions from World's Fair Park south to the waterfront.