All parents of the students have been notified. They were on their way to schools in Tellico Plains. 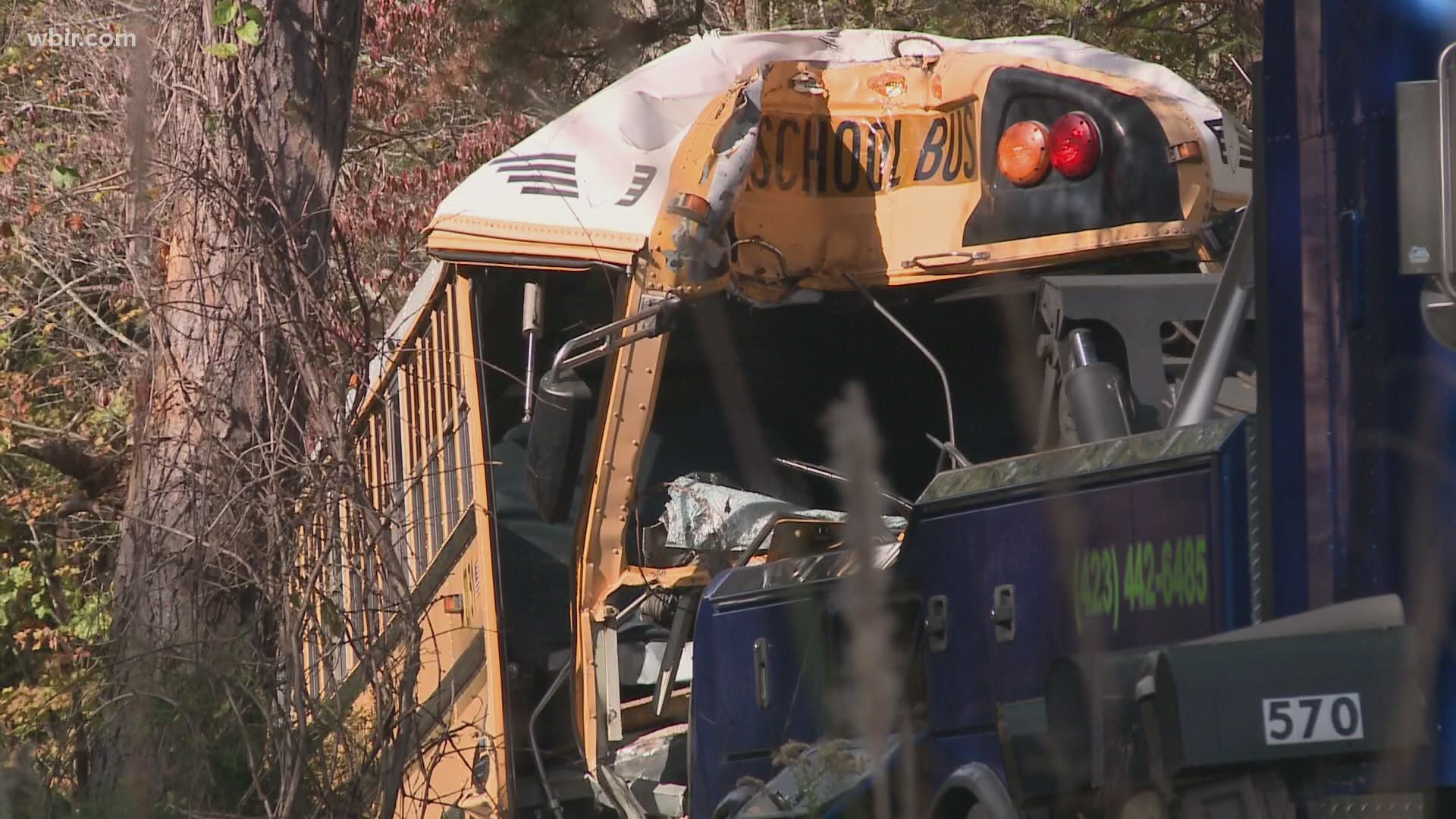 About 23 students were riding at the time. Six suffered injuries that were not life threatening, according to the report.

Charges are pending, according to the report.

Charles D. Morgan, 42, of Tellico Plains, was driving the 2008 bus and had his seat belt on, according to the report. He was not injured. The incident happened about 7:30 a.m.

PREVIOUS STORY: There were no serious injuries in a bus accident Thursday morning in Monroe County, though THP said there were some minor injuries.

According to Dr. Deanna McClendon, superintendent of schools, the accident happened on Wilson Station Road in Madisonville. The students were on their way to area elementary, middle and high schools.

THP reported the accident happened at 7:30 a.m. All students with injuries were transported for treatment.

Dr. McClendon wasn't sure how many students were on the bus because the other students had already been transported to school. She said all parents have been notified.

"We're just happy. Feel blessed that no one was seriously injured," she said.

No other vehicles were involved, she said, though the investigation is being conducted by the Tennessee Highway Patrol and any details on the crash will have to come from them.

We will update this story when we receive further information.