Scruffy's Cafe said its grand opening will be on June 5. Its founders said the idea for the company came while they were in a Denver cat cafe. 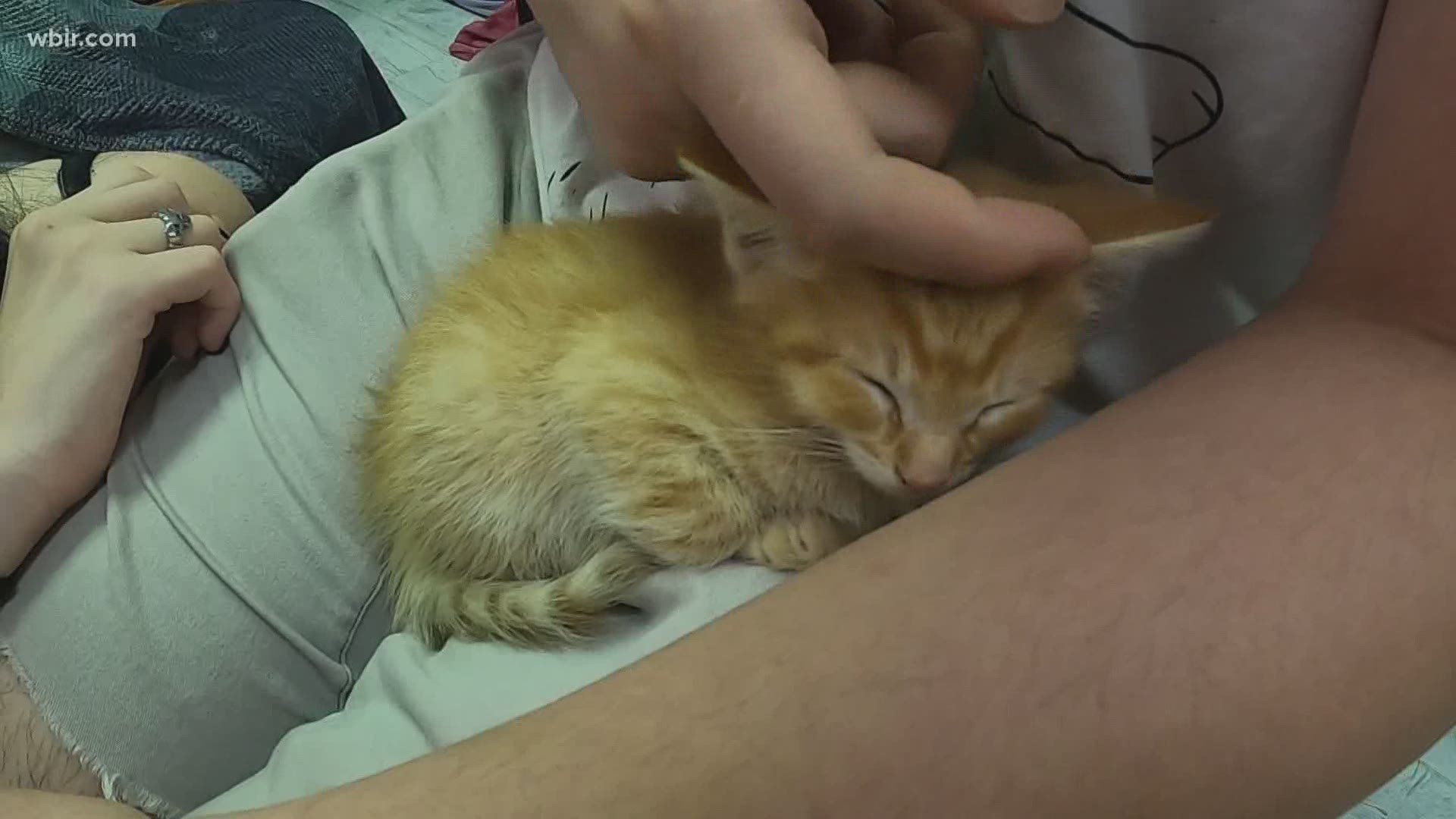 KNOXVILLE, Tenn. — They're not kitten around — Scruffy's Cafe said they are giving Knoxville its own cat cafe. The doors open at 11 a.m. Friday, until 7 p.m.

The cafe will host adoptable cats and officials said they connected with local talent before welcoming customers. Of course, the cafe also said it will also serve warm drinks including coffee.

However, the new cafe will follow social distancing guidelines as it opens. They will only be able to host 14 people at a time, and so the restaurant wants visitors to make reservations before visiting. Walk-ins are being accepted, but Scruffy's Cafe said it strongly recommends people book online beforehand.

People who want to visit the café can make reservations at Scruffy's Cafe website. There are one-hour sessions available for $10 between Tuesday - Friday, and for $12 on Saturday and Sunday.

The founder of the cafe said on the business's fundraising page that she wanted to create a space in downtown Knoxville where people could relax in the company of cats.

After finding a location on North Broadway, Scruffy's Cafe hosted a soft opening on May 30 and 31, between 2 p.m. - 7 p.m. Officials said they plan to hold the grand opening on Friday, June 5.

Officials also said that they will post more information about the cafe and the opening process on the cafe's Facebook page.

RELATED: Cat cafe set to open in Knoxville in Spring 2020