The number of babies born drug dependent has dropped by 12 percent in East Tennessee in the last year. In Knox County, the decrease is 18 percent. 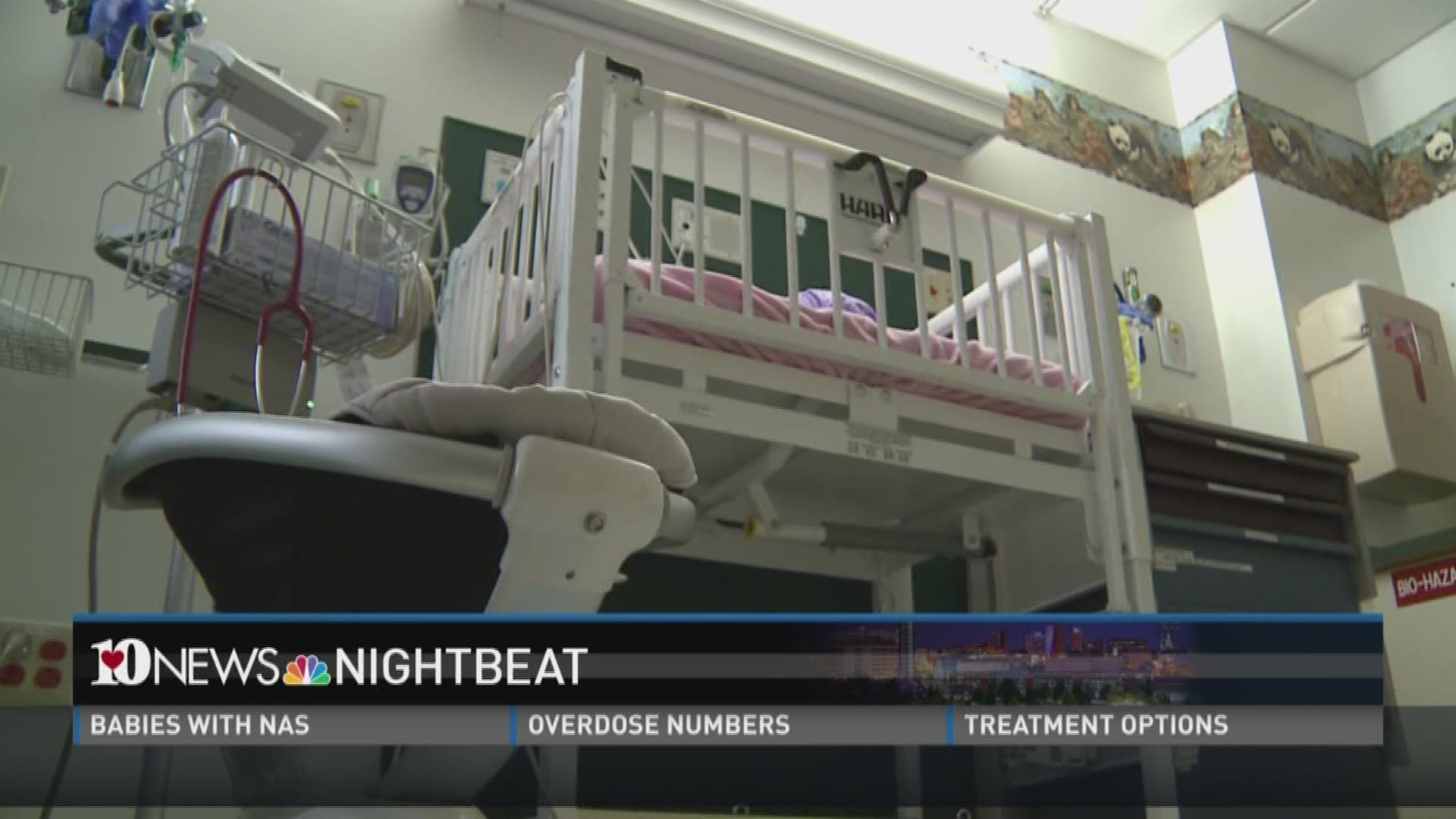 The fight against opioids is making an impact in East Tennessee as data shows the number of babies born with Neonatal Abstinence Syndrome (NAS) has dropped in the region.

Comparing 2015 to 2016 data, the number of babies born with NAS in Knox County decreased by 18 percent. During the same time period, that number dropped by 12 percent overall in East Tennessee.

This is the first time since 2013 that Knox County has seen a drop in the number of babies born drug dependent.

"We're not judging women, but we're opening our doors to try to get them in as soon as possible and to treat them with dignity and respect," Pershing said.

Dr. Stephen Loyd, assistant commissioner for substance abusive services with the Tennessee Department of Mental Health and Substance Abuse Services, went through his own opioid addiction 13 years ago as a practicing physician. He now uses his experience to help other addicts and pregnant women whose babies could be born drug dependent.

"Every single one of them give me hope," Loyd said. "They make me stronger when I see what they battle, and what they can do. I think it's time to stop throwing rocks at them, and start lending a hand to them."

Loyd credits research done at the University of Tennessee Medical Center for a shift in treatment.

UTMC announced in 2016 it has evidence that detox during pregnancy significantly improves the health of the baby at birth.

"We now know that under the right circumstances and on a voluntary basis we can safely get women off of these medications while they're pregnant with a low relapse rate, given the right resources," Loyd said, "and that's potentially paradigm shifting."

Loyd also said information about voluntary reversible long-acting contraception for women is improving, and providers are educating women of childbearing age about the effects of prescribed opioids.

"My hope going forward is that we keep our mind open about treatment options, that we don't close ourselves off to new ways of doing things, and that we destigmatize addiction in these young women," Loyd said.

Numbers across the state for babies born with NAS continue to rise. Pershing and Loyd agree that efforts to stop babies being born with NAS won't slow down any time soon.

"As soon as you stop talking about it is when you see the numbers go back up," Pershing said.