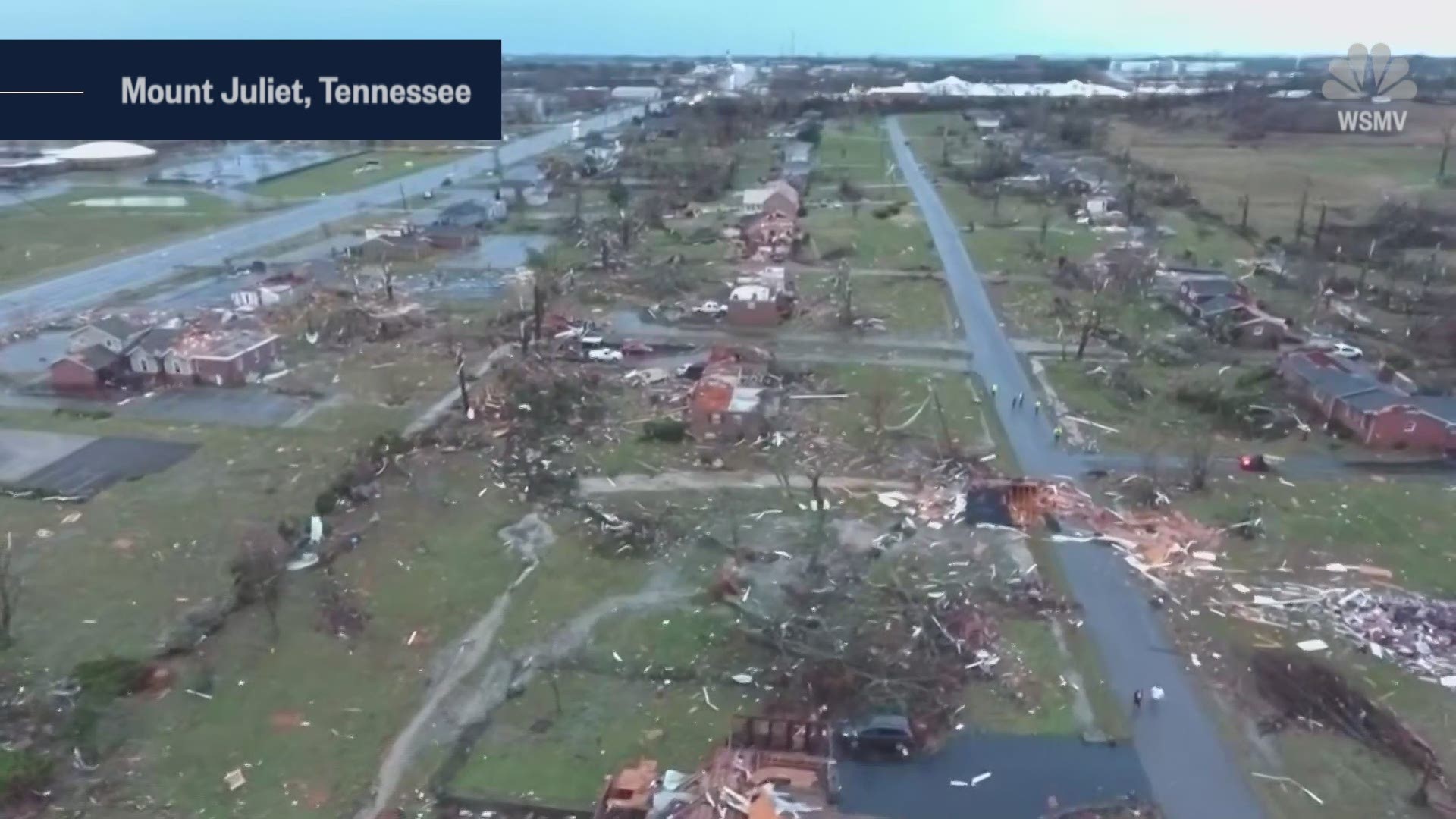 NASHVILLE, Tenn. — The National Weather Service in Nashville said it has a better picture of  the tornado that started in Nashville early Tuesday morning, saying its survey shows the single tornado traveled roughly 50 miles.

According to the NWS, survey teams concluded one long-track tornado struck Davidson, Wilson and Smith counties on a path that stretched 50.25 miles from start to end -- beginning in the area of the John C. Tune Airport in West Nashville and ending 3.5 miles west of Gordonsville in Smith County.

Survey teams are still trying to figure out exactly where the tornado first touched down in West Nashville.

This is one of the longest-tracked tornadoes in Tennessee history.

The Tennessee Emergency Management Agency said shortly after noon Eastern that there have been 24 confirmed fatalities, 18 of which occurred following a separate tornado in the Cookeville/Putnam County area.