The city hopes a new airport will connect the innovation in the region with business leaders. 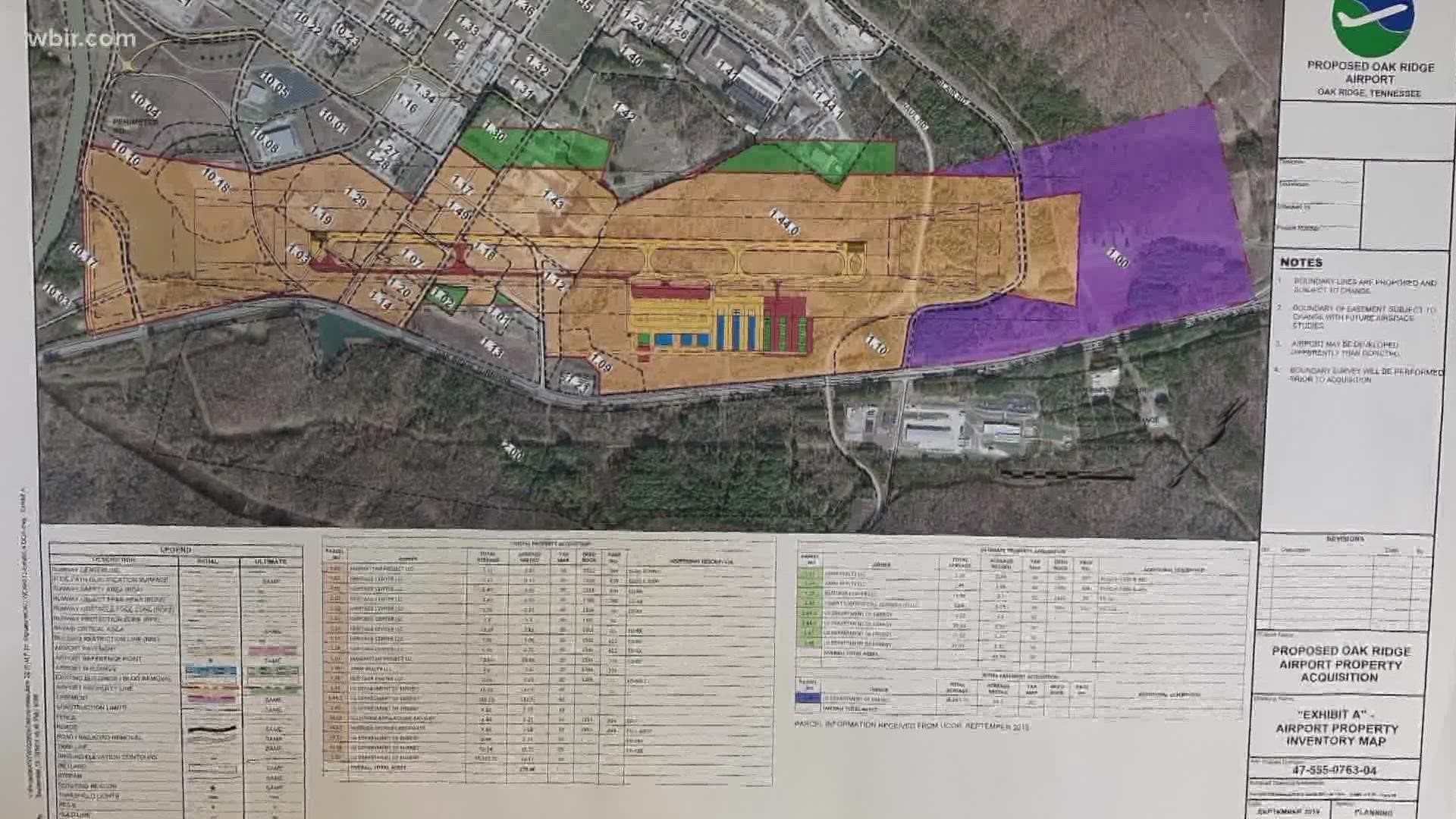 OAK RIDGE, Tenn. — The Oak Ridge City Council voted to approve $60,000 in legal fees to take land from a railroad for a proposed airport.

The Department of Energy owns the land for the proposed airport and plans to turn that over to the city if the airport project is approved.

Jeff Smith was the Deputy Director for Operations at the Oak Ridge National Laboratory and the Vice-Chair of the Metropolitan Knoxville Airport Authority.

Smith said Oak Ridge is the largest community in Tennessee without a General Aviation airport.

The proposed airport would not fly large passenger flights. Instead, it would support general aviation aircraft, used by business leaders to fly around the country.

Smith said his goal is to connect the innovation in Oak Ridge with the rest of the country.

Smith said despite the innovation happening here, he worries Tennessee is considered a "fly-over-state" for scientists and entrepreneurs.

The City Manager for Oak Ridge said aviation is important to the economic growth of Oak Ridge.

"It's a great opportunity for the region," said Dr. Mark Watson.

The proposed airport would replace the K-25 Gaseous Diffusion Plant, which was used to enrich uranium for atomic bombs in the Manhattan Project.

The Department of Energy finished the demolition of the plant in 2013.

"We have an ability to re-imagine it and re-develop it into a working facility for the region," said Dr. Watson.

If all goes according to plan, Dr. Watson said 2025 would be the earliest the airport could be built.