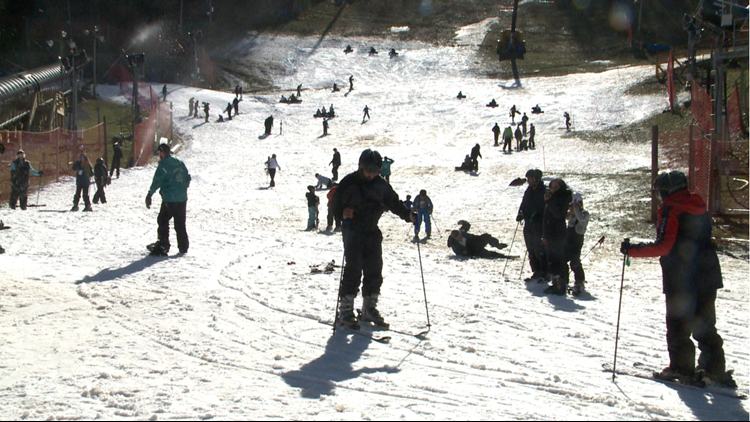 East Tennessee's weather hasn't quite figured out it's winter yet, and that's become a bit of a problem for businesses like Ober Gatlinburg that count on the cold.

There's not much snow on the ground right now on the slopes at Ober. The periods of unseasonably warm weather and rain over the holidays has slowed down their ability to make snow, so they've temporarily closed the ski slopes.

The snow tubing hill is still open for people to enjoy -- even when it's warm outside. Ober said it hopes to start making snow again soon once the temperatures drop.

"Once the temperature drops enough, we can turn on our traditional fan guns -- we call them rat necks -- and then we're really able to put down good snow. It's more traditional in the sense in that we just need cold temperatures," Katie Barido with Ober said.

Ober said it should be able to open the slopes again once we see roughly three straight nights of frigid weather.