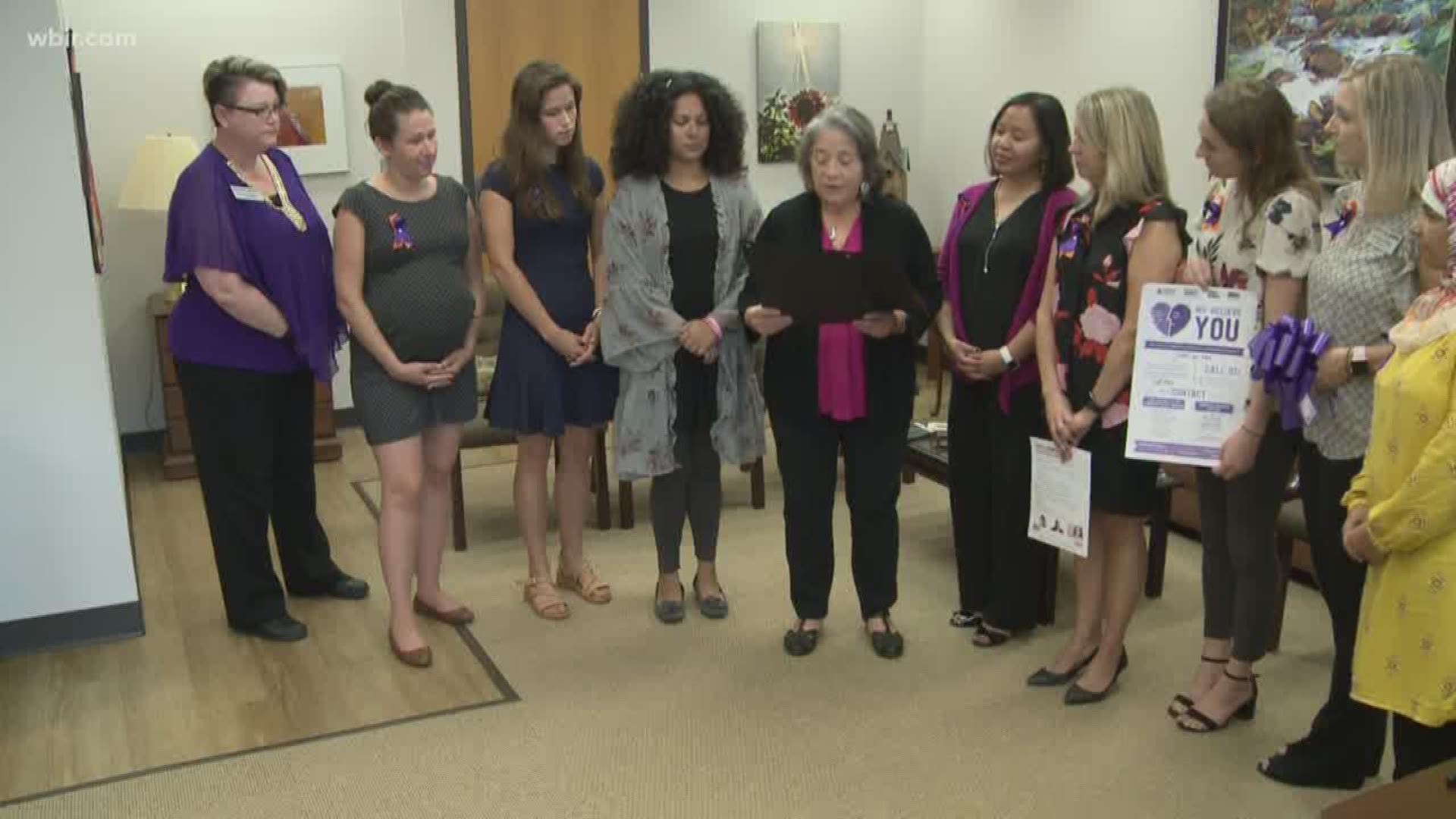 Knoxville's mayor issued a proclamation Monday, declaring the month of October to be Domestic Violence Awareness Month in Knoxville.

The mayor read the proclamation on Oct. 8 in her office. It dovetails with an awareness campaign across the state.

The number of victims in Tennessee remains high with nearly 78,000 offenses reported across the state in 2017, but the state saw a decline from 2016 to 2017. According to the TBI, 71.5 percent of domestic violence victims were female, and men accounted for 28.4 percent.

The 2017 investigation revealed spouses were abused at a rate of nearly six times that of ex-spouses.

"I think it's important to bring awareness because we know numbers have not changed much. We're still looking at 1 in 3 women experiencing domestic violence throughout their lifetime," YWCA director of social services Maggie McNally said.

Experts say they hope campaigns like these put victims at ease and encourage them to seem help.