Nearly 1,000 people have died of suspected overdoses in Knox County since 2016

New programs and policies are hoping to curb the alarming trend. 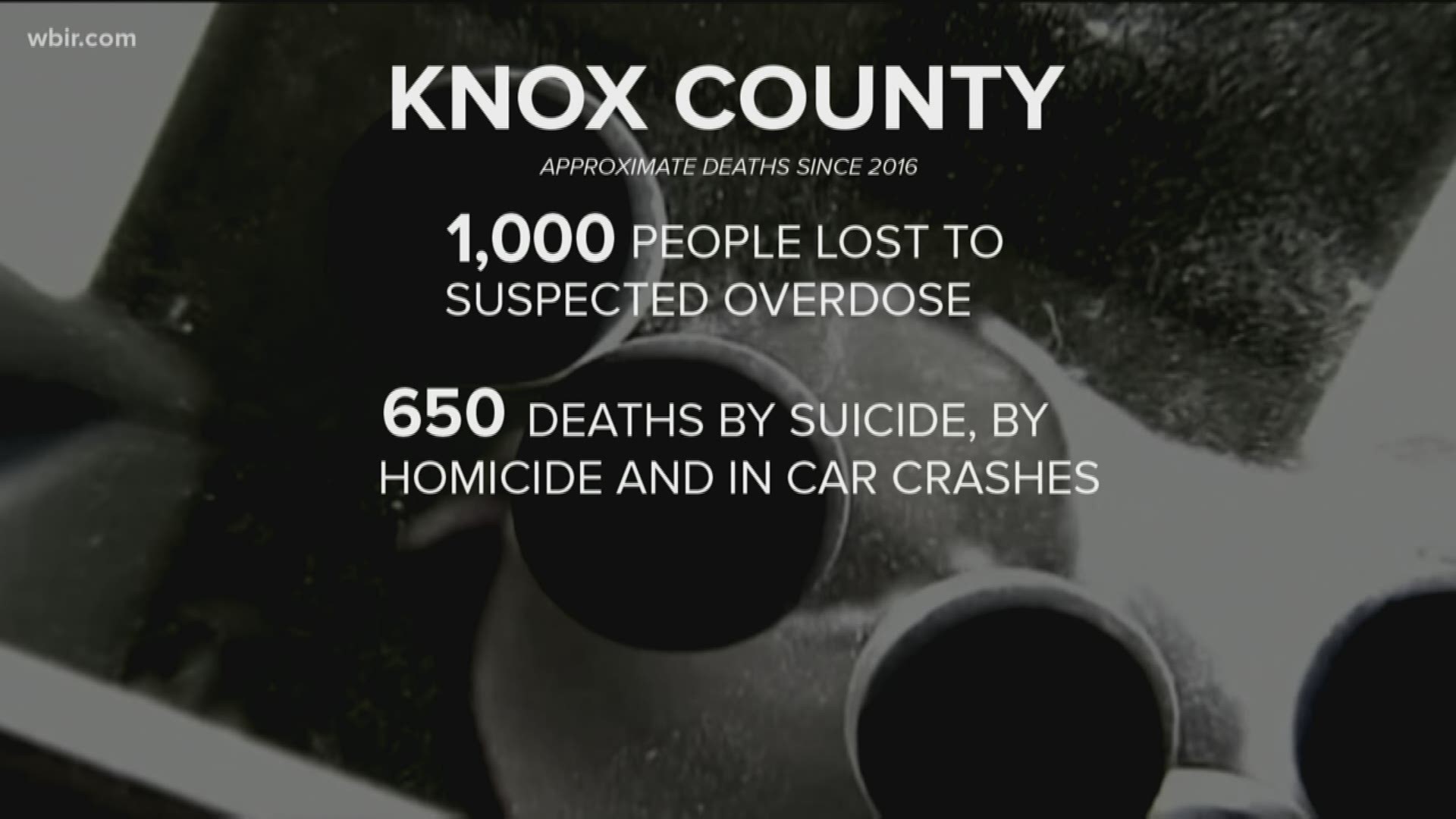 KNOXVILLE, Tenn. — For nearly two decades, experts say the opioid crisis has plagued the United States. The last few years in Knox County have been no exception.

The District Attorney's Office says 998 people in Knox County have lost their lives to the opioid crisis since 2016. As of Friday, 189 people had died of suspected overdoses this year.

"Every number is a person that we've lost in our community," Metro Drug Coalition executive director Karen Pershing said. "That's a person who was part of a family."

Knox County has lost an average of 270 people per year to overdoses since 2016. That's more than the average number of people who died by suicide (78), by homicide (32) and in car accident (58).

Credit: Grace King
More people in Knox County have died from overdoses than by homicides, suicides and car crashes combined.

"When you look at the numbers, that we're losing 300 people per year plus we're saving four people a day, you start to really understand the gravity and the enormity of the opioid crisis here in Knox County," district attorney general Charme Allen said.

While the totals are alarming, data from the district attorney's office shows the number of suspected overdose deaths is on track to be less than the previous two years.

"We are starting to see those numbers decline, which is hopeful," Pershing said. "We're very hopeful."

New programs and policy changes are helping save more lives.

"Being able to go back and charge those people who are supplying is making a dent into some things," Sheriff Tom Spangler said. "The state also making the changes they have made as far as what the doctors can prescribe now has made a difference."

Still, there's a long way to go. Part of that is tackling the stigma surrounding addiction, said Pershing.

"It's easy to say it affects those people and not me, but what we need to realize is this can affect anyone," she said. "There are people out there who are suffering and need our help."