'A disease of isolation' | The pandemic's toll on addiction recovery efforts 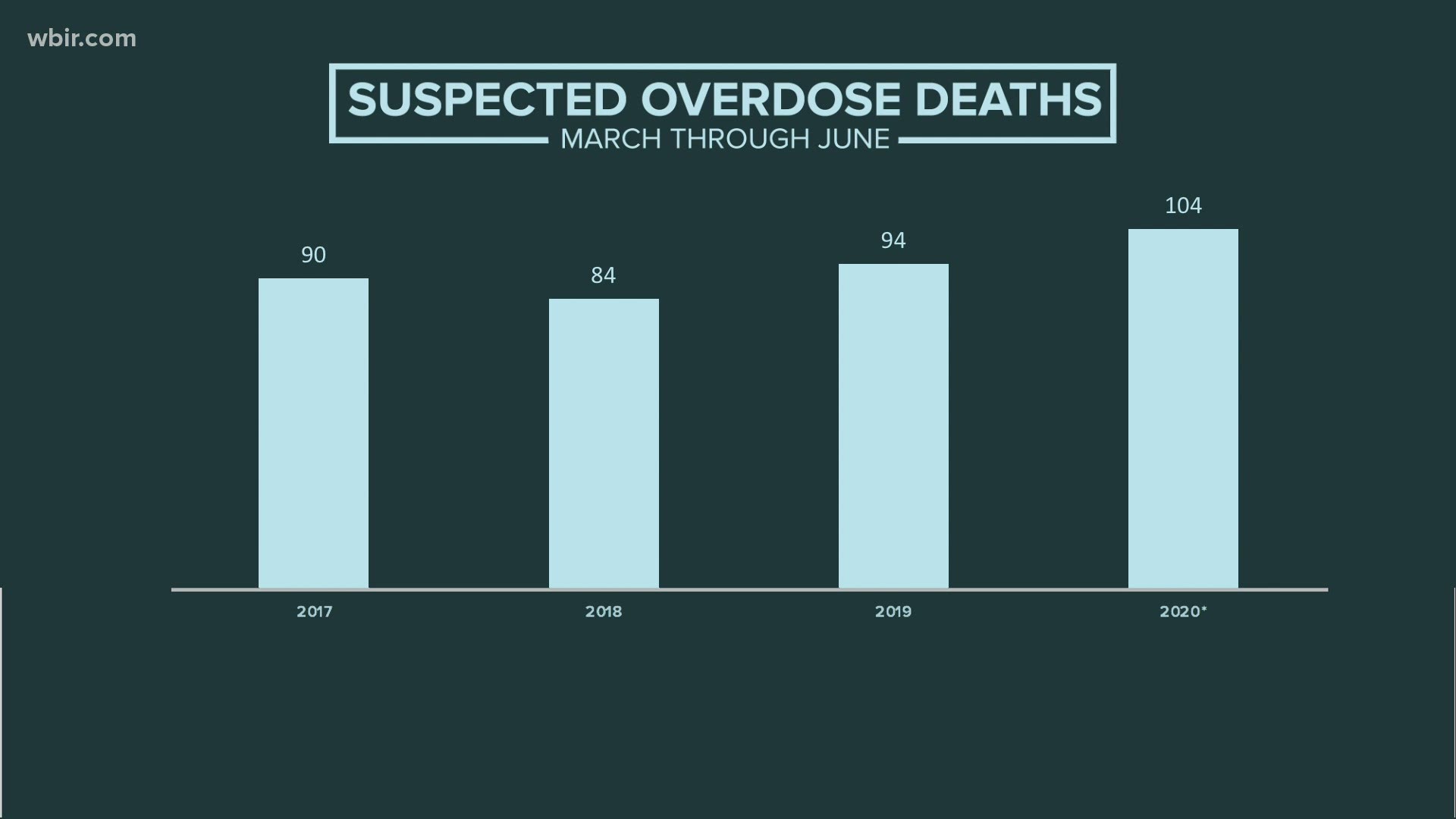 KNOX COUNTY, Tenn. — In Knox County, fighting addiction has been a problem for years. Since 2016,  more than one thousand people have died from suspected drug overdoses.

It's a disease of isolation — one that leaders across East Tennessee have worked diligently to fight. For the first time since 2016, the number of suspected overdose deaths declined last year.

"I suspected when we had the stay-at-home orders that there probably would be an increase because we know from addiction, and what addiction does to people, that it is a disease of isolation," said Karen Pershing, executive director of the Metro Drug Coalition.

Recovery meetings shifted online, but Pershing said it took many groups several weeks to make that change. Plus, not everyone has the technology to access them.

"When people are isolated, they tend to get more depressed, more anxiety," Pershing told 10News. "Folks can easily relapse especially when they're alone and they don't have that accountability network that you're used to having."

This June isn't even halfway over.

"As soon as we can safely engage and start having face to face interactions, we need to be doing that," Pershing said. "That connection instead of just virtual, I think is very important."

Eventually, they plan to open The Gateway, a community recovery center designed to help those who've struggled with addiction.

The Gateway renovations were scheduled to start April 1, but have been pushed back due to the pandemic. The building served more than 60 homeless people over the past few months who needed a place to self-quarantine.

Now, MDC is hoping the community will come together to fight the overdose epidemic — just like Knox County did with the coronavirus.

"This community did an amazing job helping the most vulnerable people prevent the spread of COVID," Pershing said. "If we can take that same concern and consideration that we had for others and apply it to the epidemic of substance use in this community, there's nothing we can't do."