As nationwide OD deaths fall, more work to do in E. Tennessee

Overdose death numbers are trending down so far this year in Knox County, but leaders urge more Narcan distribution. 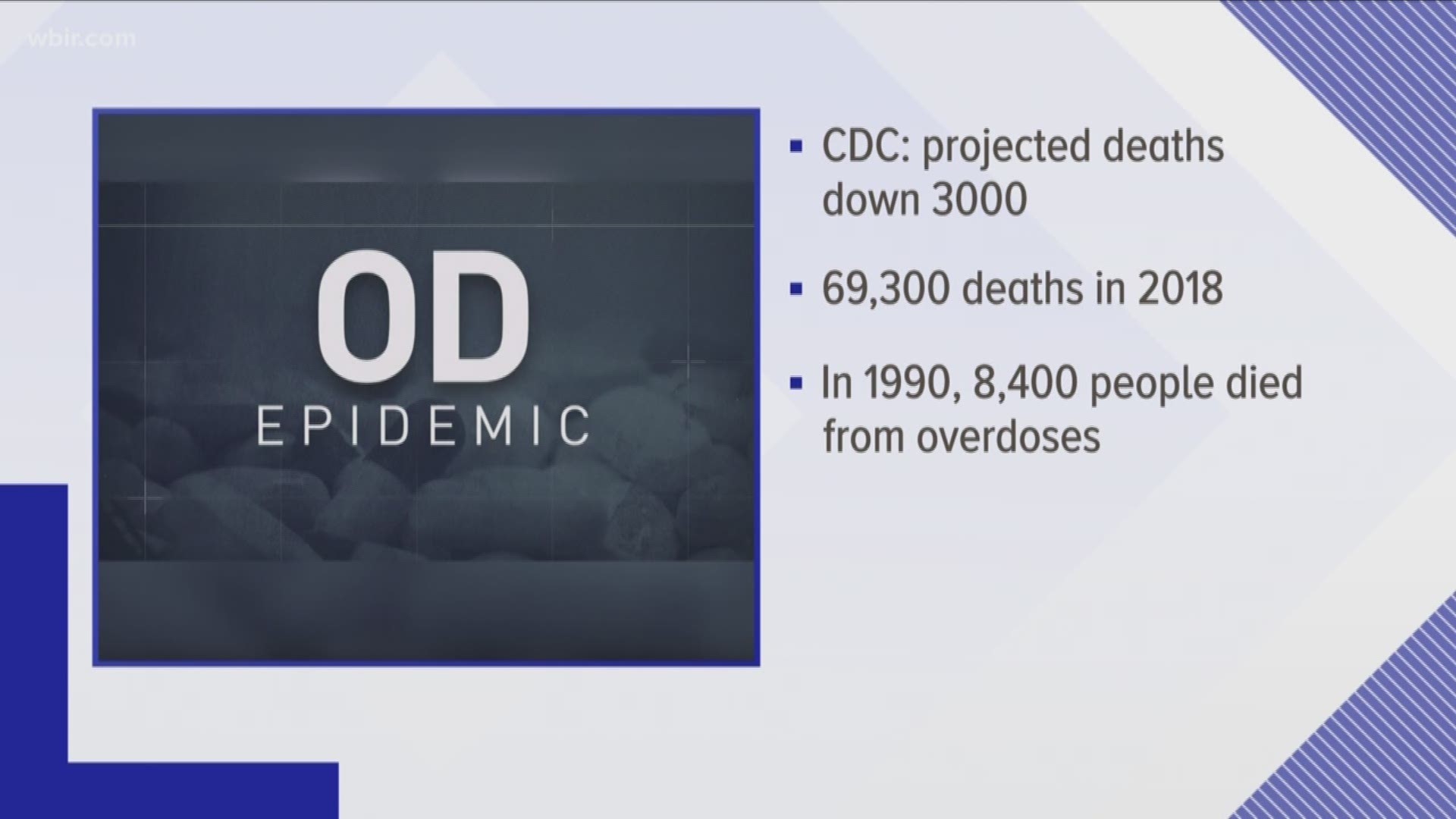 In a deadly drug epidemic, a sign of hope.

Preliminary data from the centers for disease control shows the first drop in nationwide overdose deaths in 29 years.

"Seeing a plateau or decline in drug overdoses is fantastic news," Deborah Crouse with the Metro Drug Coalition said. "This is someone's mother, son brother, friend."

Crouse said even with a nationwide decline, there's more work to be done in East Tennessee.

"One is definitely still one too many," she said.

In Knox County, preliminary data from the District Attorney General's office shows 133 deaths so far this year from drug overdoses.

That's down 37 people from this time last year.

Crouse said there's one big reason why: naloxone. Getting the life-saving drug in more hands has helped make a difference.

"Any person can carry naloxone matters and every second in the situation of an overdose matters," she said.

The number of Narcan uses reported to the health department went up 7% last year.

"I think having more individuals in our community being able to have naloxone has made an impact on the great work already our first responders have been doing," she said.

She said breaking the overdose cycle requires more than just first responders to be the first to help--and more, new ideas that can make a difference.

"I think there's always work to do to continue to find new innovative ideas to help people stay in the recovery journey," she said.