We first introduced you to Kayden last December. He's made a lot of progress since then, but has a long way to go. 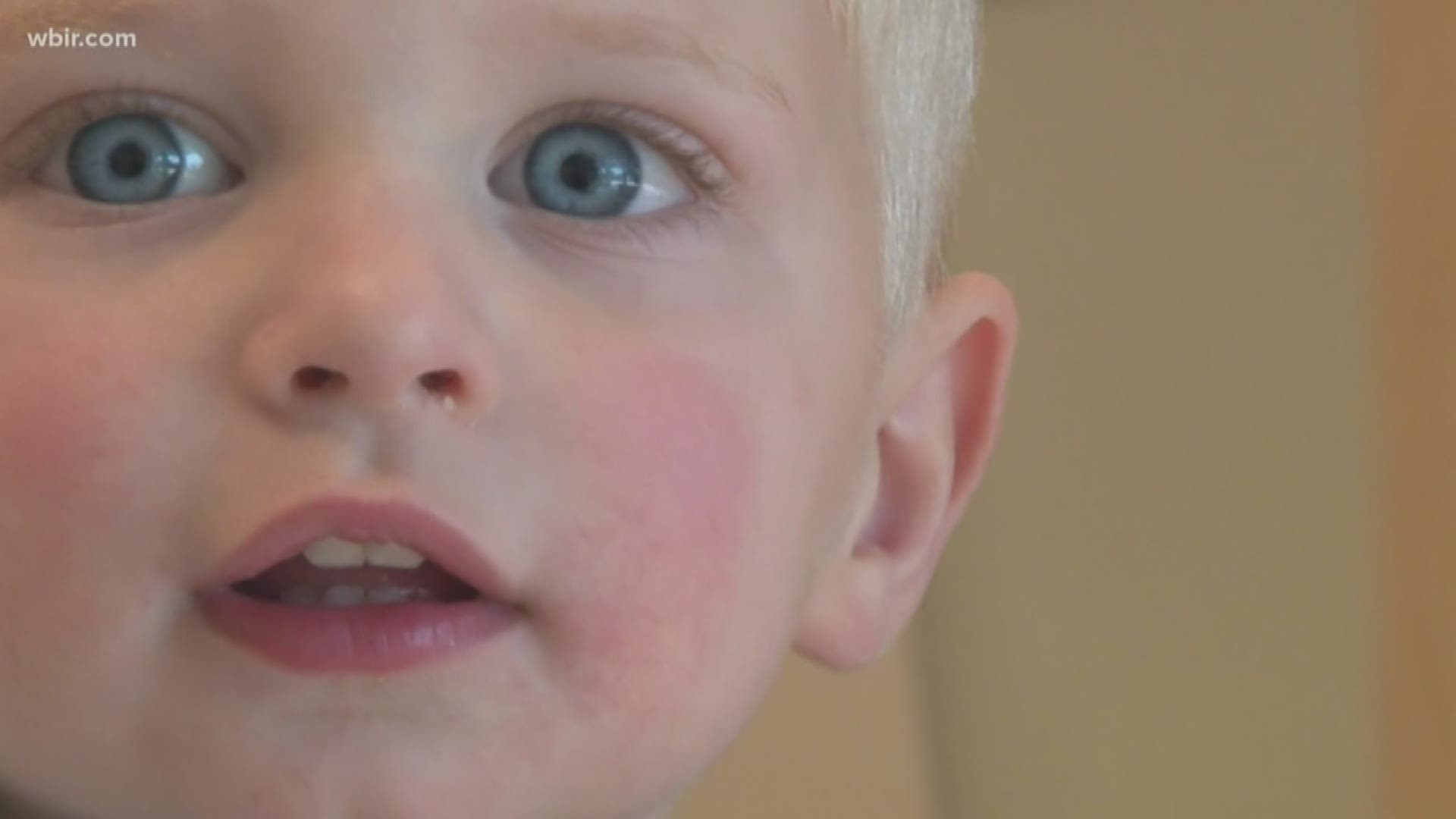 For Kayden Lambert, every word is a victory.

The 20-month-old was born dependent upon the opioids and meth his mom used.

We first introduced you to Kayden back in December.

Back then, he was crawling and playing -- big progress after the heartbreaking withdrawal of the first days of his young life. He was diagnosed with neonatal abstinence syndrome (NAS).

But grandmother Kathy Lambert, who adopted him, said since then -- his progress hasn't been fast enough.

He was slow to walk, he had trouble with comprehension, and sometimes cute little Kayden would bang his head when he got upset.

"[They said] Welcome to the toddler years and I'm like nah-uh, not under the circumstances. I'm not willing to just sit back and wait," Lambert said.

"Something kiddos with NAS can really struggle with is being able to engage with environments that are over stimulating from a sensory standpoint," Stephanie Welch, Kayden's occupational therapist, said.

These days, he's not just walking. He runs.

"I'll chase him all day long," his grandmother laughed.

But despite the progress, she knows the journey ahead will be a long one.

"We don't know, we don't have any idea what the long term effects could be for these children," Lambert said.

Some days are harder than others. After all, she said even young mothers get tired--but it's all worth it for him.

"I needed Kayden as much at that time as Kayden needed me," she said. "It’s God’s plan and I’m thankful to God every day."

In December, Kayden's mother had started rehab. Lambert said she was clean for about six months. She said relapse is part of the process of beating addiction.