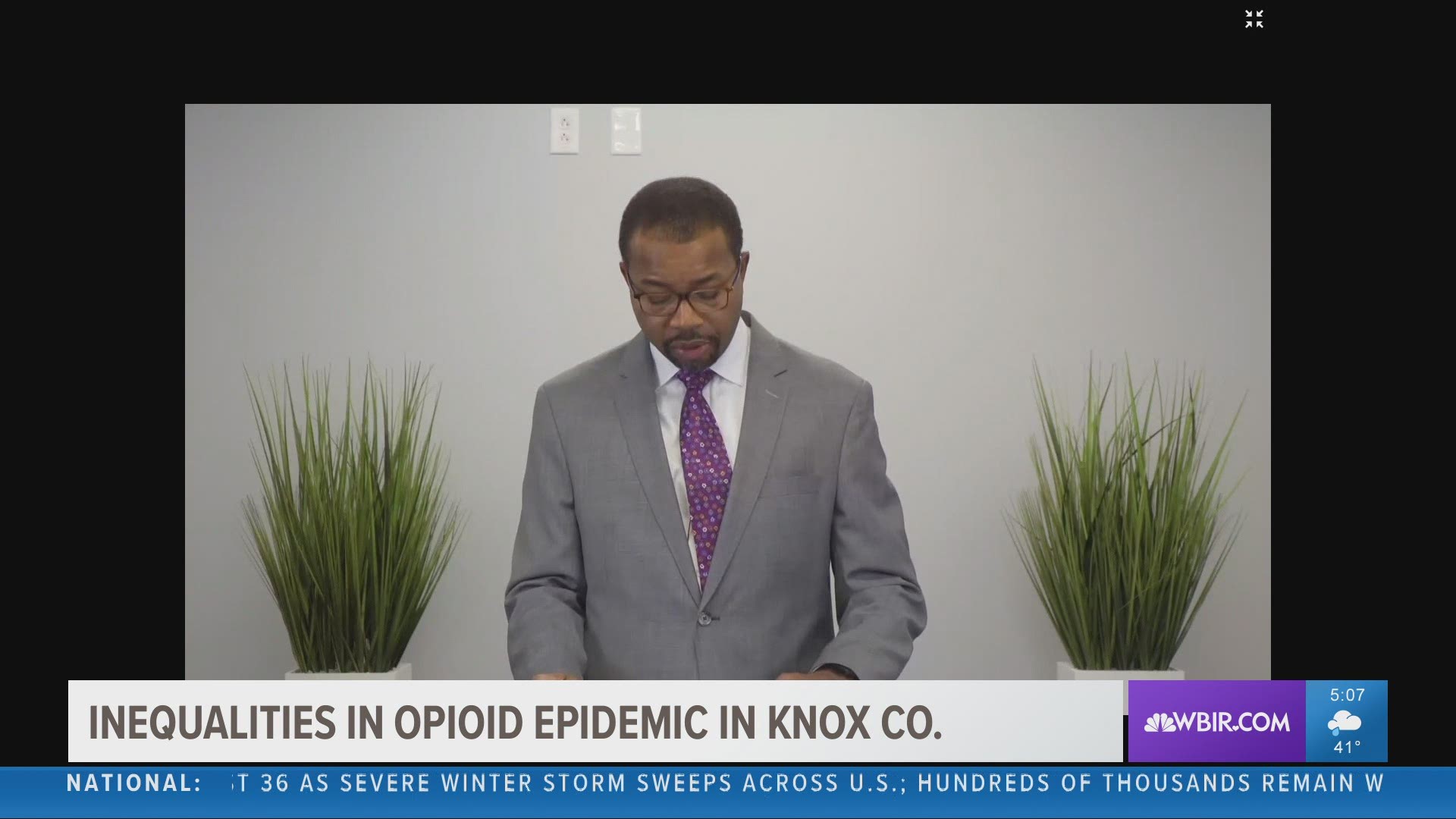 KNOXVILLE, Tenn. — After a record-breaking year of drug overdoses in Knox County, the top doctor at the University of Tennessee Medical Center said Thursday that disparities in addiction and treatment appear to be on the rise.

"Within Knox County, we have a disparity within a disparity," Chief Medical Officer Dr. Keith Gray said.

Speaking at the Metro Drug Coalition's annual East Tennessee Opioid Conference, he said African-Americans have experienced an increased rate of overdose deaths beyond the Knox County spike, calling it a "significant increase" over the past five years.

Near brushes with opioid-related deaths are also up in the county, Gray said. There was a 72 percent increase in naloxone use since 2013, but he said White men are most likely to get the overdose-reversing drug.

Gray pointed to inequity in Hispanic, LGBTQ and homeless communities as well. Among people with substance abuse disorder who identify as LGBTQ, one in two struggle with illicit drug use, he said.

"There's more light that needs to be shined on our LGBTQ community as it relates to substance use disorder," he said.

Access to and the desire for treatment were other areas Gray identified as issues within the county's health response to the overdose epidemic.

Underlying existing issues of education, access and affordability among communities of color is a larger issue of trust, Gray said. Addressing the issue of trust, he said, will allow for the improvement of equity for all.

"This past year the U.S. saw its highest number of overdose deaths ever," said Cigna executive Jim Lancaster, an event sponsor.

"We know it affects everyone, but at the same time we know there are a lot of disparities especially in the emotional health and behavioral health areas," he said. "We can't raise our voices too much about this epidemic and its challenges."