DA: 150 people died of overdose had been arrested in past 5 years, 76 died within a year of being released

The District Attorney General released a report Thursday on overdose deaths and the criminal justice system in 2020. 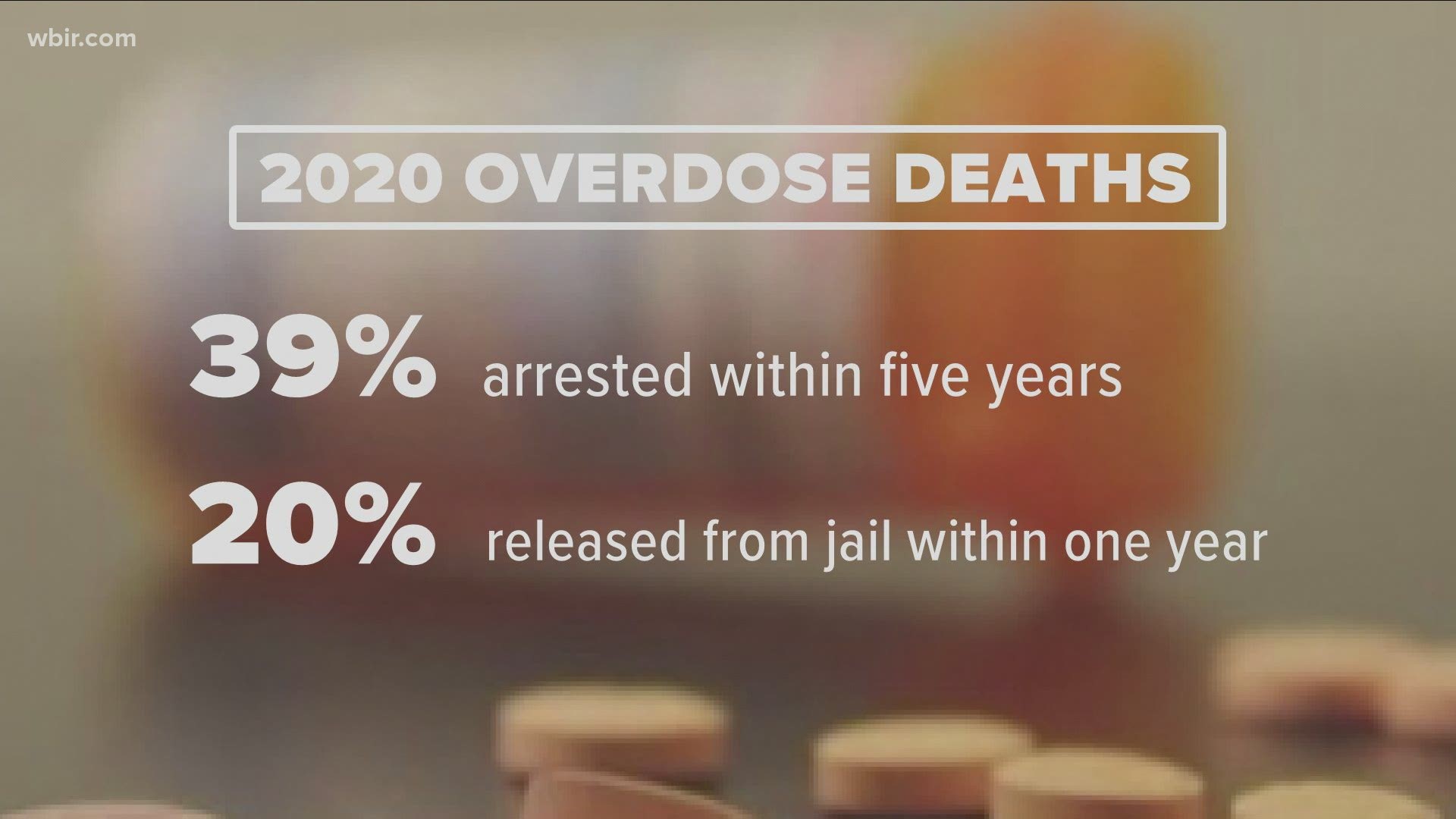 KNOX COUNTY, Tenn. — District Attorney General Charme Allen released a report about fatal overdoses and the criminal justice system on Thursday, finding that 76 people died within one year of being released from law enforcement.

In total, in 2020, the report says 150 people who died of an overdose were arrested in Knox County in the 5 years before their death. Most of them were men — 71%.

In total, the report says 413 people died in Knox County due to a drug overdose, increasing 41% compared to 2019.

All4Knox was also created, and initiative to create and execute a community strategy to prevent substance abuse in Knoxville and Knox County, while also helping people struggling with it.