Officials said that so far this year, 150 people have died in Knox County due to overdoses. 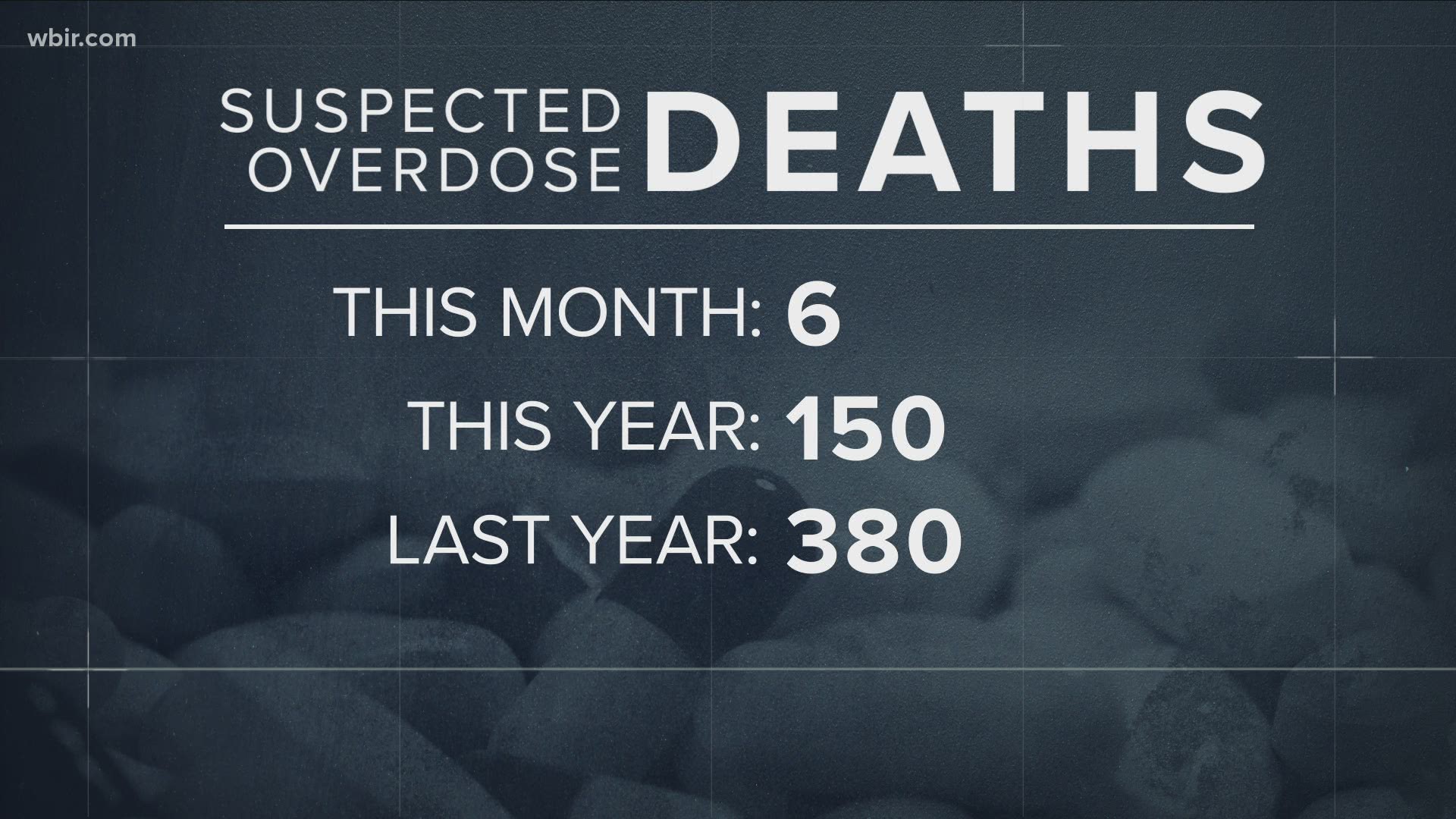 KNOX COUNTY, Tenn. — Just one week into May, several people have lost their lives in Knox County due to drug overdoses.

In March, the Tennessee Department of Health said 2,089 Tennesseans died of a drug overdose in 2019, and those numbers were expected to rise in 2020. They said the increase could be due to illegal drugs across the state, and that 2020 could be the state's deadliest year for overdoses.

The number of fentanyl deaths in Tennessee increased by 44.8% and was involved in more than half of all fatal drug overdoses for the first year.

State health officials said that the increase in the number of overdoses was likely made worse due to the pandemic and that the highest suspected overdose rates in emergency departments were highest during April through June. That coincides with the start of the COVID-19 pandemic.