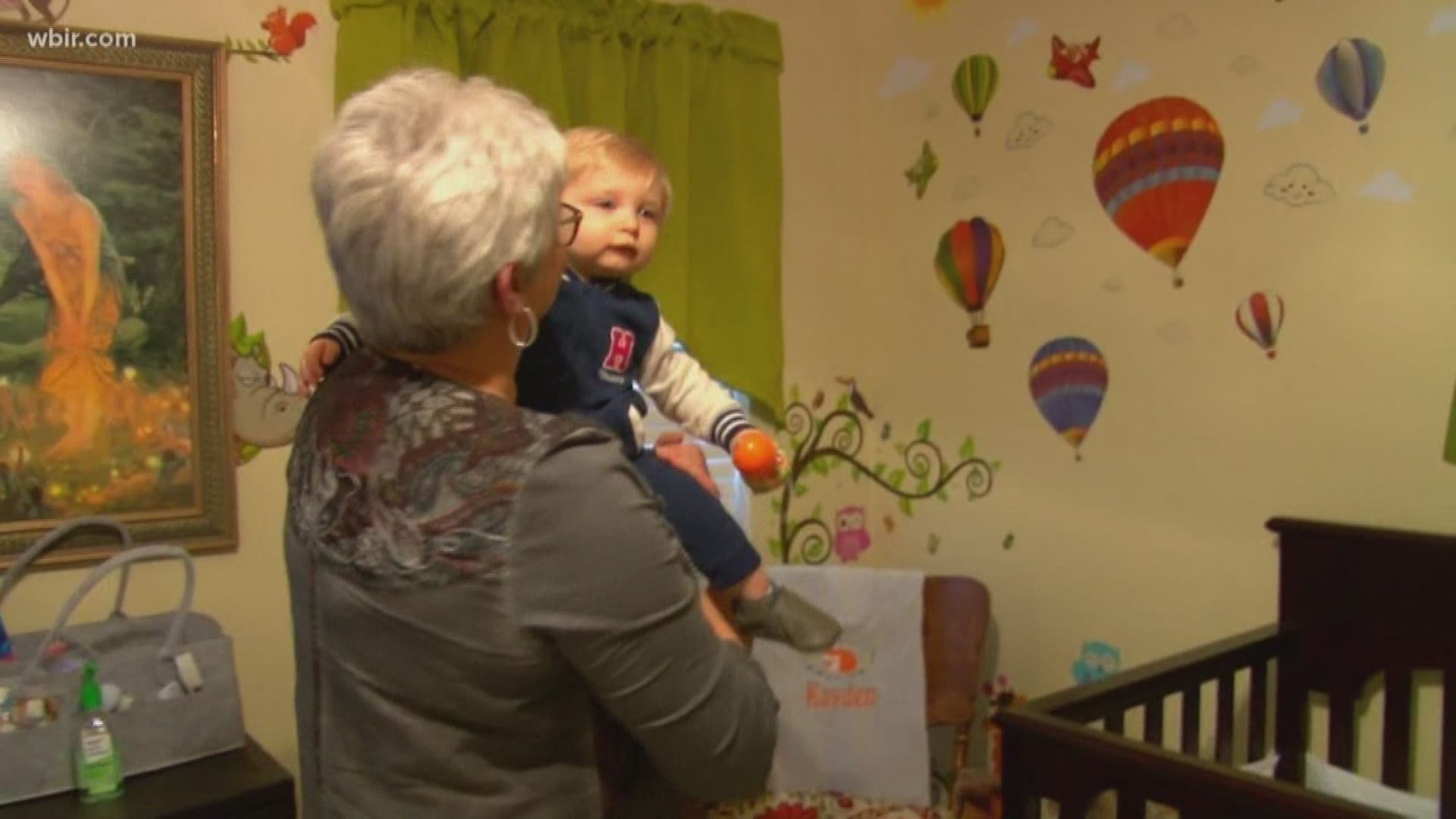 Kayden Lambert is a fighter.

Through the first 11 months of his young life, he has learned to crawl, play and live without the drugs he was born dependent to.

"He is a true blessing," said his grandmother, Kathy Lambert. "He is a miracle baby and he is nothing but God’s gift."

Babies are the youngest victims of the opioid epidemic. In 2017, more than 1,000 were born with Neonatal Abstinence Syndrome and began their lives by going to detox.

For some parents who are still struggling to get clean, the burden to raise the children can fall on the grandparents.

"I didn’t plan on at 61 years old starting all over again, but that’s what I felt God led me to do and God wanted me to do, because God had a plan," said Lambert. "He is very alert, very happy, and I think I needed him as much as he needed me."

Lambert's daughter gave birth to Kayden in January of 2018. He was born three weeks premature. His mother used drugs throughout the pregnancy.

"They can look at these babies and say oh, he looks perfectly normal, he’s happy," said Lambert. "He is happy. He has been loved, he has someone he can trust, he has stability, and these babies really need that."

Just last week, Lambert adopted Kayden to ensure he has a safe home away from the drugs his mother is still battling to overcome. She fought for months through the legal system to gain custody of him.

Now she is working with a local drug coalition to fight for the rights of babies born with Neonatal Abstinence Syndrome and grandparents hoping to help them.

"He fought for 9 months to get here and I have continued to fight for him since," she said.

Kayden’s mother recently checked into rehab and her mother says she is on the right track to beat addiction. The hope is that she can be a bigger part of his life once she gets clean.