Since its launch in 2016, the Kentucky State Police's Angel Initiative has helped 140 people find treatment programs to battle drug addictions. 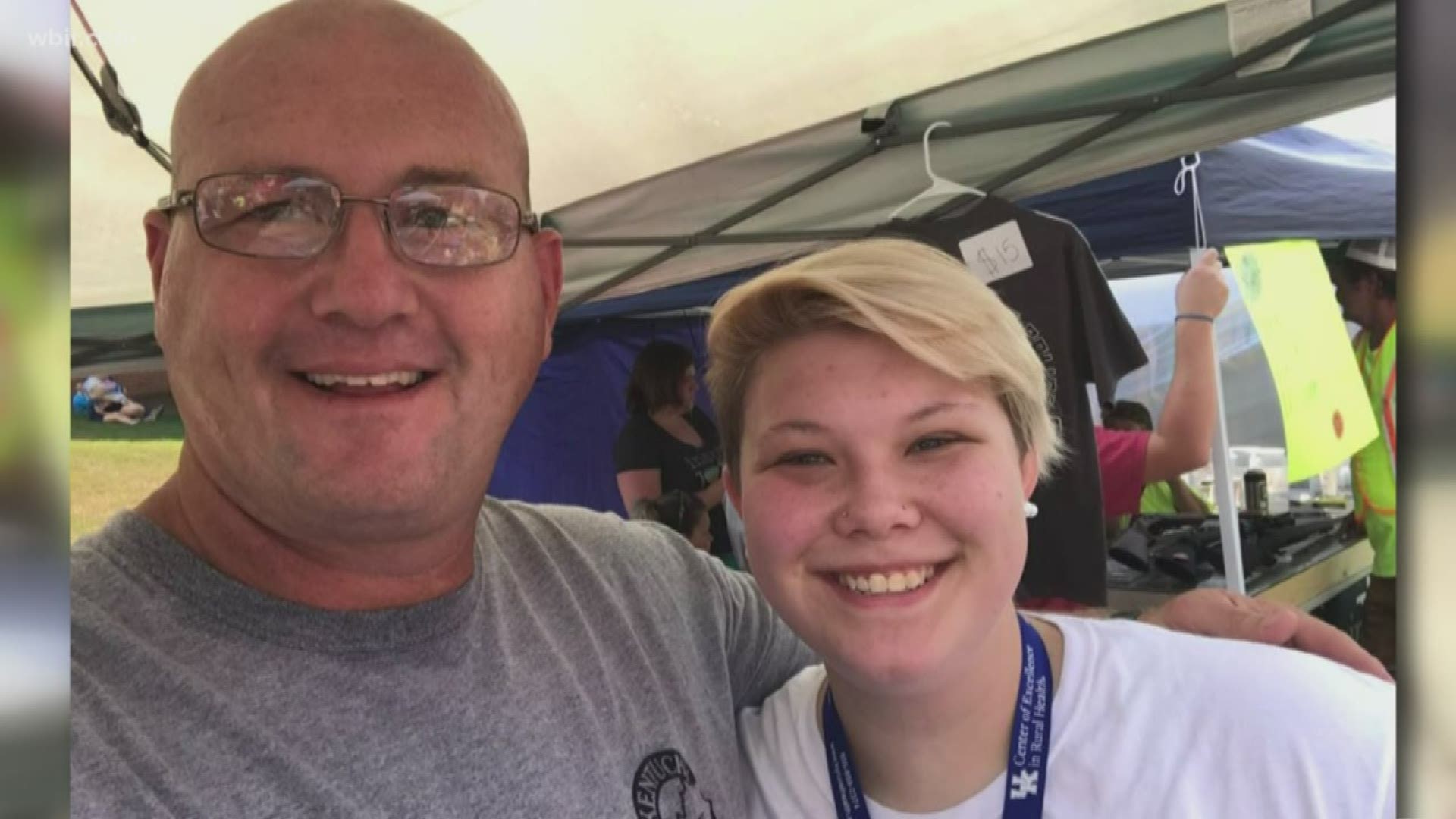 LONDON, Ky. — People in Kentucky who are battling drug addictions are encouraged to go to the Kentucky State Police for help.

Yes, you heard that right. They are told to go to the state police post nearest to them.

Even if people are high or have drugs on them, as long as they're looking for help beating an addiction, they won't get in trouble.

Troopers like Master Trooper Scottie Pennington are waiting to help.

"There's such a calling for help out there," he said.

He and all the troopers statewide want to help those battling drug addiction.

"We all have people in our families who have addictions," said Pennington. "I have a brother myself who is in rehab right now."

That's why Pennington is passionate about the department's Angel Initiative.

People suffering from addiction can go to any of the 16 state police posts across Kentucky or the headquarters in Frankfurt and ask for help.

People will be given everything needed to get to a treatment facility, even if that means a trooper drives them.

"Here at the state police if we can help you we're gonna try our best to help you," said Pennington.

Since the program launched toward the end of 2016, 140 people statewide have asked for help through the Angel Initiative.

One of those people is 22-year-old Misty Patton.

She was on day four of a detox when she mustered all her courage to ask for help.

"I was just going to keep doing what I was doing because I didn't think I was going to have the option to get out," said Patton.

She walked into the state police post in London in March.

"I don't even know what else to say I'm literally just like I need help," she said.

Patton is seven months clean, and it's all thanks to Pennington.

"He saved my life," she said. "If it hadn't been for him helping me set up my rehab, I'd probably be dead."

The two ran into each other at a local festival in September.

It was the first time they'd seen one another since Patton walked into Pennington's post earlier this year.

Pennington didn't recognizer Patton at first because she looked so healthy.

"She said 'I want to give you a hug,' and as soon as she started talking I knew who she was," said Pennington.

"I was like, 'oh yes! I get to thank somebody who actually helped me,'" said Patton.

Pennington and Patton are now both encouraging people with addictions to get the help they need.

"If I can survive then somebody else can and if I share my story and it helps somebody else, it's completely worth it."

Not everyone who gets treatment through the Angel Initiative successfully overcomes their addictions.

Pennington said as long as it helps at least one person, the program is worth the work.

Get more coverage of the OD epidemic and resources to get help on WBIR's OD Epidemic page.