So far, the foundation has raised $2 million toward its $2.35 million goal to expand substance use treatment resources in the Knoxville area. 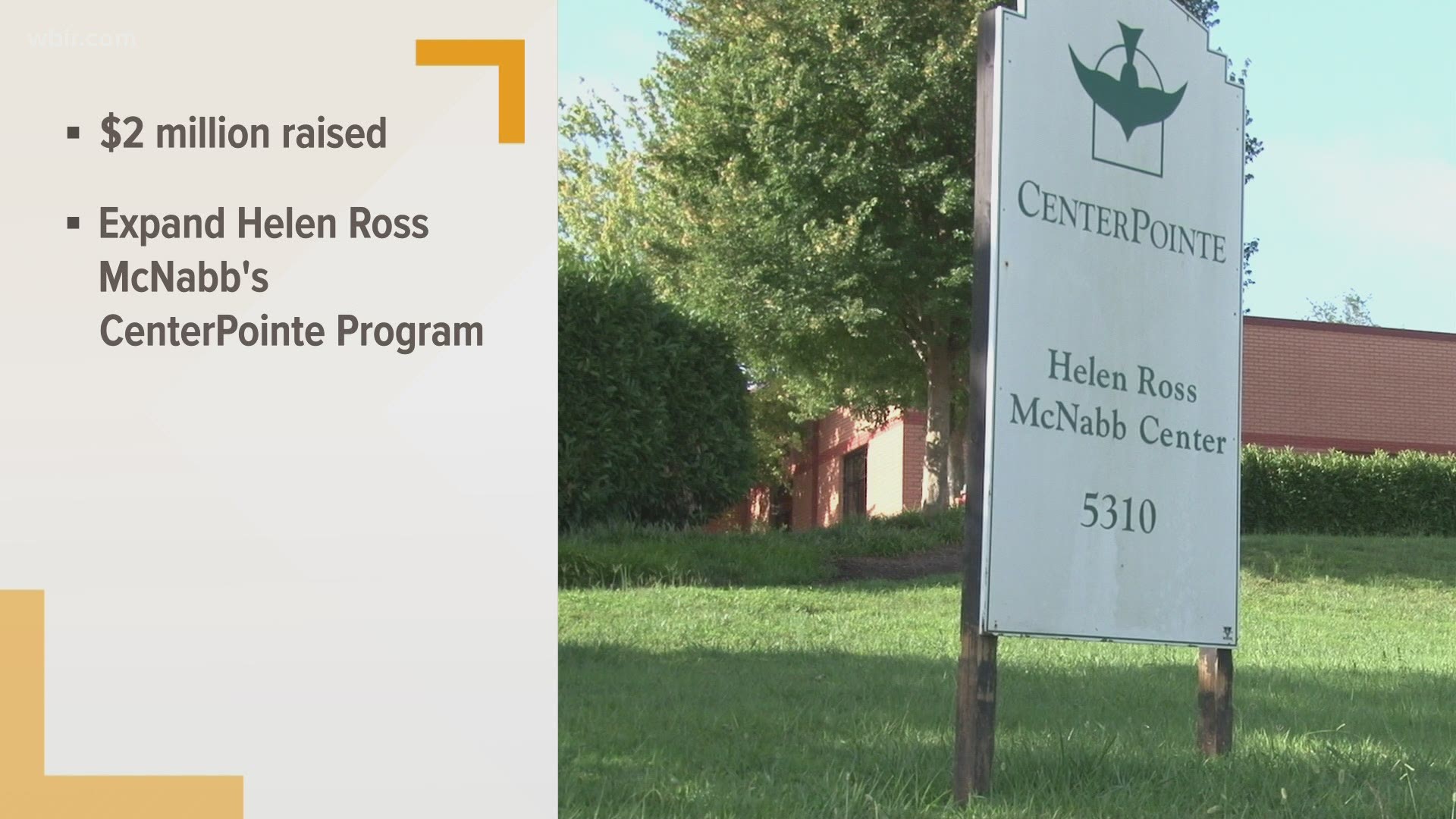 KNOXVILLE, Tenn — The Helen Ross McNabb Foundation announced it has launched a $2.35 million capital campaign that will provide substance use treatment beds to the Knoxville area.

According to the release, in 2020 Knox County reported more than 370 suspected drug overdose deaths, which was a nearly 30 percent increase from the prior year.

“This is an important initiative for our community,” said Ted Flickinger and Richard Maples, campaign co-chairs. “By increasing capacity and providing greater access to affordable care, we can save lives in the community.”

This campaign will help expand and provide resources for the McNabb Center’s CenterPointe program, which helps with addiction and detox treatment.

The release stated this program has helped nearly 1,500 people but there is a constant waitlist for treatment that surpasses the program's needs.

So far, The University of Tennessee Medical Center, The Boyd Foundation, Knox County and numerous community donors have helped the foundation raise $2 million toward its $2.35 million goal.

“As the numbers continue to rise for those in our community facing substance use disorders, the need is tremendous for additional treatment options and to provide affordable, accessible care,” said Joe Landsman, president and CEO of The University of Tennessee Medical Center. “At The University of Tennessee Medical Center, we’re proud to join the Helen Ross McNabb Foundation in focusing on the expansion of services for individuals in our community who struggle with addiction.”

For more information about the CenterPointe expansion or how to donate to the campaign, click here.