What one East Tennessee mom who lost her son to addiction says kept her moving forward. 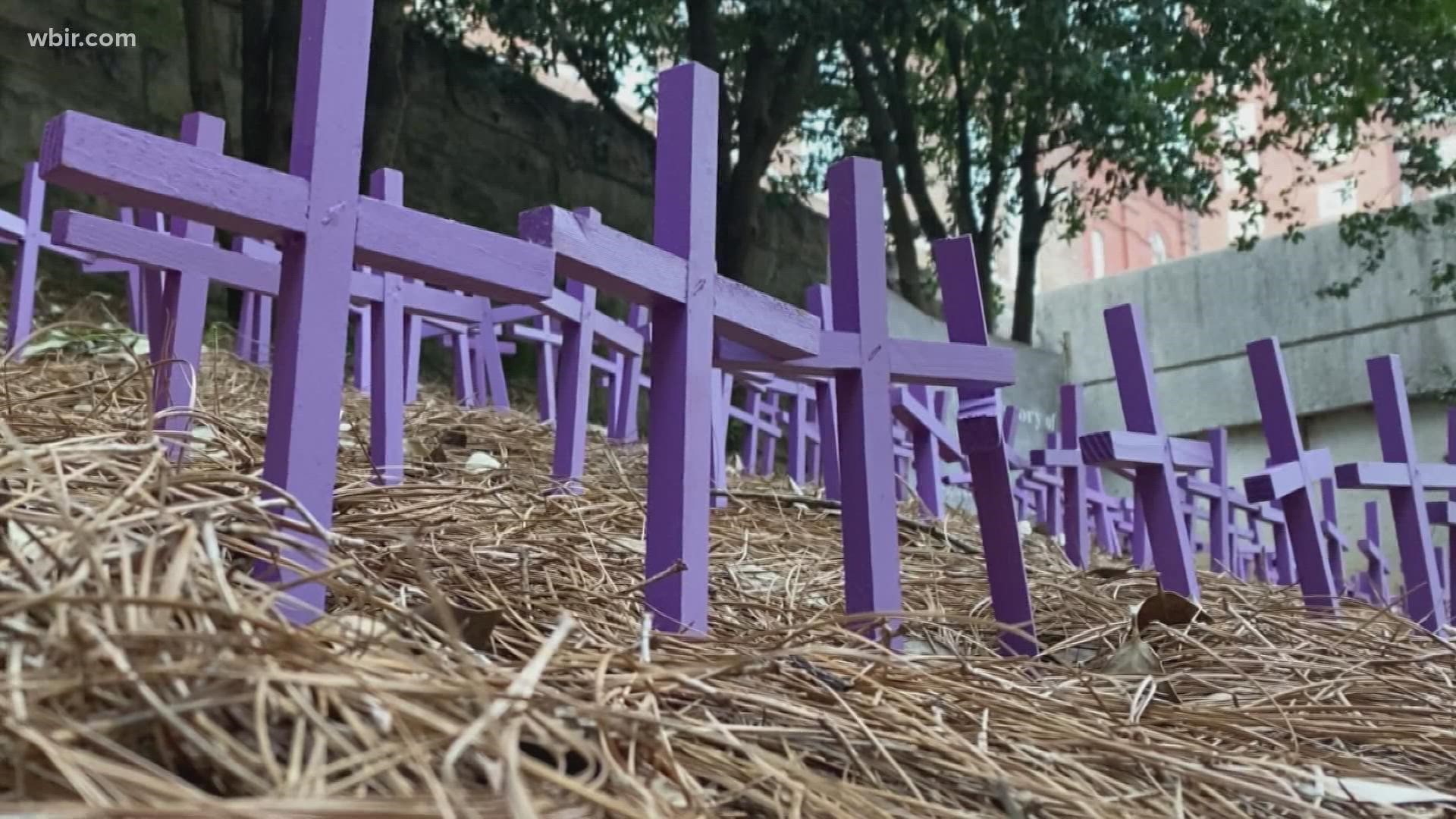 KNOXVILLE, Tenn. — In only the second week of August, more than 250 people have died from suspected overdoses this year. We are 126 deaths away from the entire year of 2020. To remember the lives lost, The Knox County Drug Overdose Support Group placed hundreds of purple crosses outside of the city county building.

International Overdose Awareness Day is recognized at the end of the month. But for one local mother, it’s every day since 2014, when she lost her 22-year-old son to addiction.

Seven years ago, Jan McCoy's son Dane died because of a drug overdose. “Dane was very smart, friendly, athletic. He was an outgoing kid. He had a high anxiety level and he masked that with his humor,” she said, but there became a point his sense of humor wasn’t enough to calm his anxiety.

“He started off smoking pot and he told me it made it feel better and then he got introduced to a pain clinic and once he got addicted to pain pills, it was just an uphill battle,” McCoy said.

Her experience is one of the reasons she finds International Overdose Awareness day important. “It is important because we are losing way too many people way too soon.”

August 31 is reserved for this awareness, but she said It’s a problem that deserves attention year-round. “It’s still an epidemic so we do have to stay on top of what’s going on in the addiction world.”

RELATED: 'They're not going to be forgotten' | Blount Co. memorial tree honors those lost to addiction

But one thing that’s kept her strong, she said, is her involvement with the recovery community. “That’s just parents from across the country will call me and just want to talk about what they’re going through.”

Now she’s made it her mission to help people in similar situations, mainly working as a support system. “And now seven years out, there is joy in my life again. It doesn’t mean I don’t miss him. It just means grief is not taking over my life like it did at the beginning,” McCoy said.

At the end of the month, the Knox County Drug Overdose Support Group is inviting the community to attend a candlelight Vigil at the City County building to remember loved ones who have lost their lives to a drug overdose.