With stronger drugs coming to East Tennessee, first responders are having more difficulty reviving people with Narcan, according to a new report. 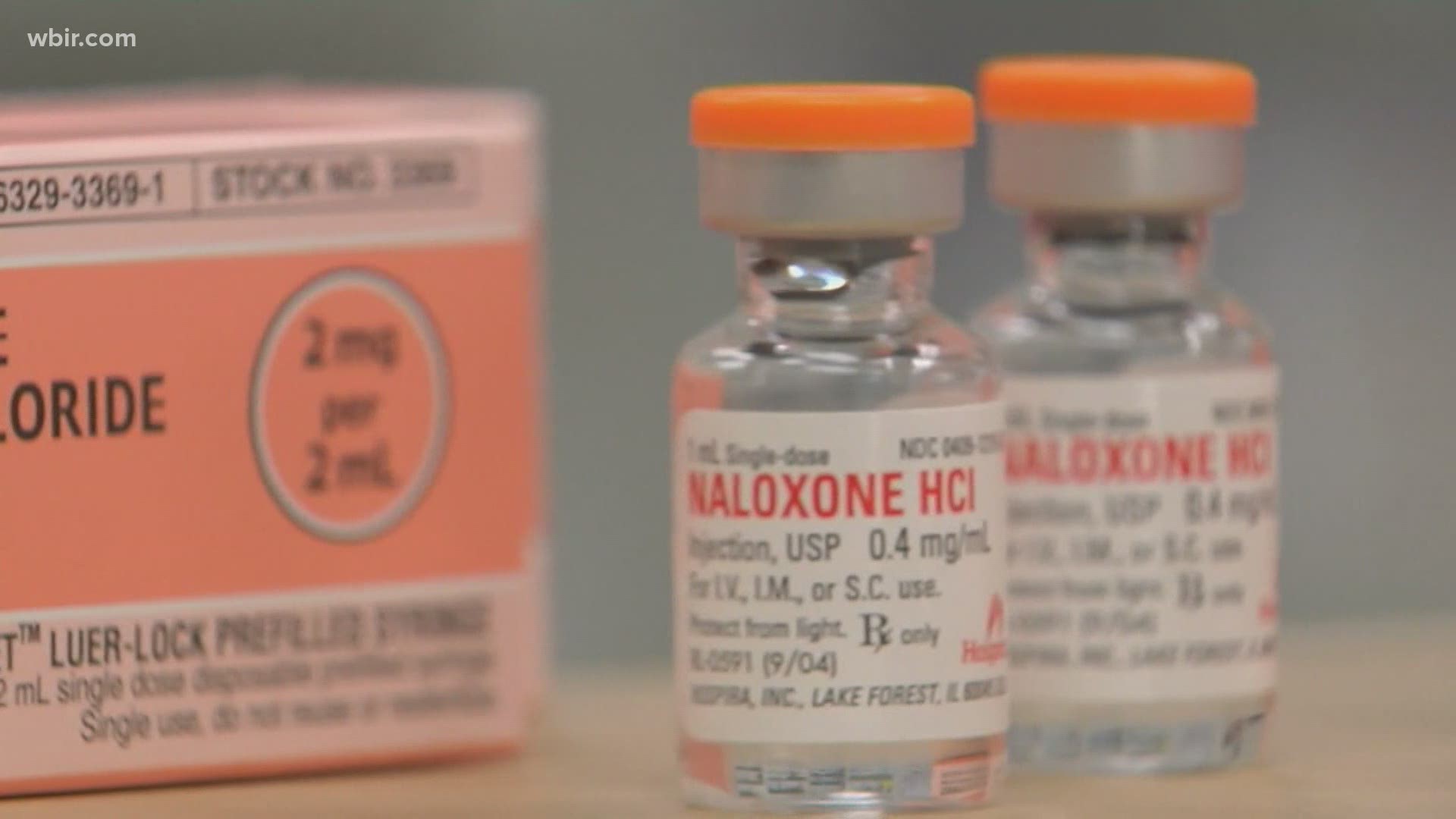 KNOX COUNTY, Tenn. — More than 400 people in Knox County died from drug overdoses in 2020, according to a new report from the Regional Forensic Center.

That's the most fatal overdoses ever reported in a single year. Chief Medical Examiner Dr. Darinka Mileusnic-Polchan said that might be because stronger drugs are in East Tennessee.

"There's a combination of opiates and methamphetamine or other stimulants for which Narcan doesn't work," she said. "They are much more potent and stronger. The deaths occur faster. The friends and families cannot get to them fast enough."

Naloxone is one of the best tools to combat overdoses. However, those stronger drugs are making it less effective.

The Regional Forensic Center said Naloxone was found in roughly a quarter of people who died from overdoses in 2020. However, the actual numbers could be much higher.

RELATED: 2020 was the deadliest year for drug-related deaths in Knox, Anderson counties

"It will require for the individual to have some circulation for that Naloxone to get distributed and be positive in the blood [toxicology report]," Mileusnic-Polchan said.

Plus, more people are injecting drugs instead of snorting or swallowing them. Mileusnic-Polchan said that brings a myriad of additional problems.

"Traditionally, people don't like needles and stay away from the needles. But for whatever reason... the intravenous use of drugs has skyrocketed," she said. "The heart itself suffers over a period of time... hepatitis obviously, is a huge issue."

Mileusnic-Polchan said she hopes to see needle exchange programs re-evaluated to see how they can better help the community. She also noted in her annual overdose report that suboxone, a drug commonly used in medication-assisted therapy (MAT), is showing up on more toxicology reports.

"Suboxone, for example, is highly valuable on the black market," she said. "Now we have to figure out why is that happening? Is there something that has to be changed or differently looked at?"