Naloxone use up as overdose deaths begin to plateau

The overdose reversing drug naloxone is being credited with helping to slow down drug related deaths in Knox County. That doesn’t necessarily mean less people are using drugs. 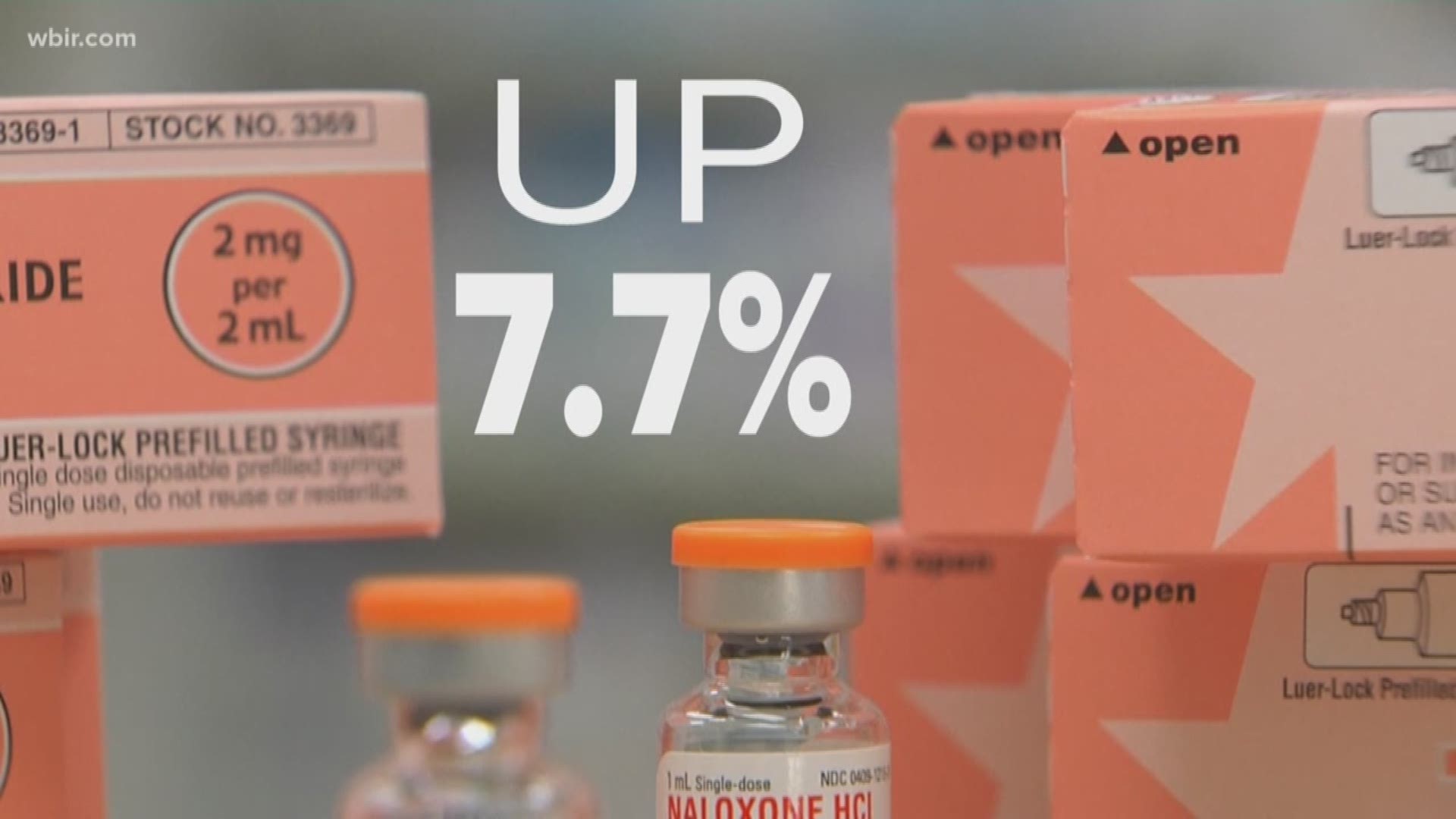 KNOXVILLE, Tenn. — As drug-related deaths in Knox County begin to slow down, the overdose reversing drug naloxone is being used more than ever.

The overdose reversing drug naloxone, or Narcan, is being credited with helping to slow down drug related deaths in Knox County. That doesn’t necessarily mean less people are using drugs.

"Naloxone use in the past year has really skyrocketed, more so with people being educated about it," said Deborah Crouse with the Metro Drug Coalition. "Just because someone has been saved seven times from naloxone, every life matters. We have to remember that there is a person behind the overdose."

Even if the number of deaths is seemingly leveling off, the number of times first responders are saving overdose victims continues to rise.

In the past year, the number of individuals receiving Naloxone has risen by 7.7%. The number of suspected drug overdose deaths only decreased by three people between 2018 and 2019 from 293 to 290. Still, every life matters.

From January of 2017 through September of 2018, roughly 3,400 doses of Narcan were deployed in Knox County. In that same time period, 515 people died from suspected drug overdoses.

Ask the fire fighters and paramedics with Rural Metro if the opioid epidemic is getting better, and they’ll tell you about the lives they save every day. They use Narcan to save lives, sometimes as many as four every day.

"It’s the most that we’ve ever used it. Not only on the firetrucks as first responders, but I’m certain also with AMR on the ambulances," said Jeff Bagwell with Rural Metro. "We don’t see a difference in the number of calls. There is probably a difference in the number of deaths. That’s probably because people are recognizing it early enough and they are calling for help."

Experts attribute the increased use of Naloxone to it being more readily available to first responders and the general public. You can pick it up at local drug coalitions and take a training on how to use it.

"It’s pretty startling. I mean, four a day in our community is a lot," said Jerry Vagnier, President of the Helen Ross McNabb Center. "In the absence of this medication, people would have lost their lives. If you think about four people a day, every day in our community, that’s a lot of lives lost to opioid use and misuse."