Several law enforcement agencies are combining all their resources for a new approach to East Tennessee's drug problem. 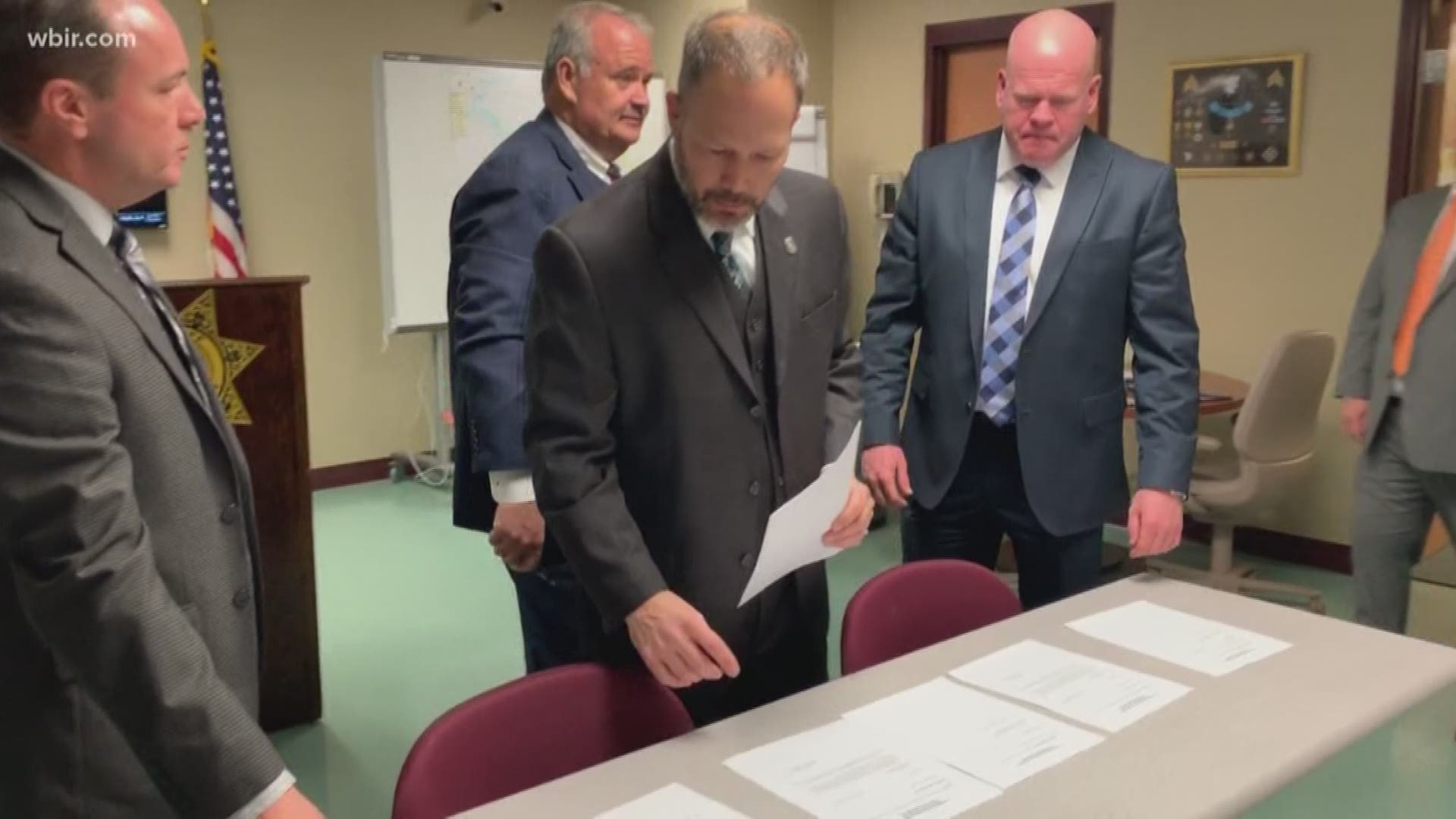 Heroin and meth are the drugs being abused most, he said.

That's why all of Loudon County's agencies came together to form a united drug task force.

"We've got drug problems, and the only way that we in law enforcement can address that is to try to throw every resource that we've got into the war against drugs," said Loudon Police Chief James Webb.

Loudon and Lenoir City police and governments, the Loudon County Sheriff's office, and 9th judicial district were always working together to combat the opioid crisis.

Now they'll deal with drug cases as one unit that oversees all operations in the 9th district, which includes Loudon, Roane, Morgan and Meigs counties.

"A lot of times we have separate narcotics units working, they're using the same confidential informants and don't realize it," said Johnson. "They're about to arrest someone who may be working undercover for another unit. In this case, they're sharing knowledge and information."

Five people were sworn in as assigned agents to the drug task force.

They'll work cases in the four counties within the 9th District.

Johnson said this combination of units that are already working hard to combat drug problems will only help the Loudon area.

Loudon leaders are ready for change.

"We want to send a message to the drug dealers in Loudon that we're serious about it and we expect great things to come from this coalition," said Mayor of Loudon Jeff Harris.

This drug task force will work with other local, state and federal agencies.

They hope they can help Loudon County curve its opioid epidemic since it's one of the hardest hit areas in the state.