2020 was the deadliest year for drug-related deaths in Knox, Anderson counties

Advocates hope a return to face-to-face recovery help will reverse that trend. 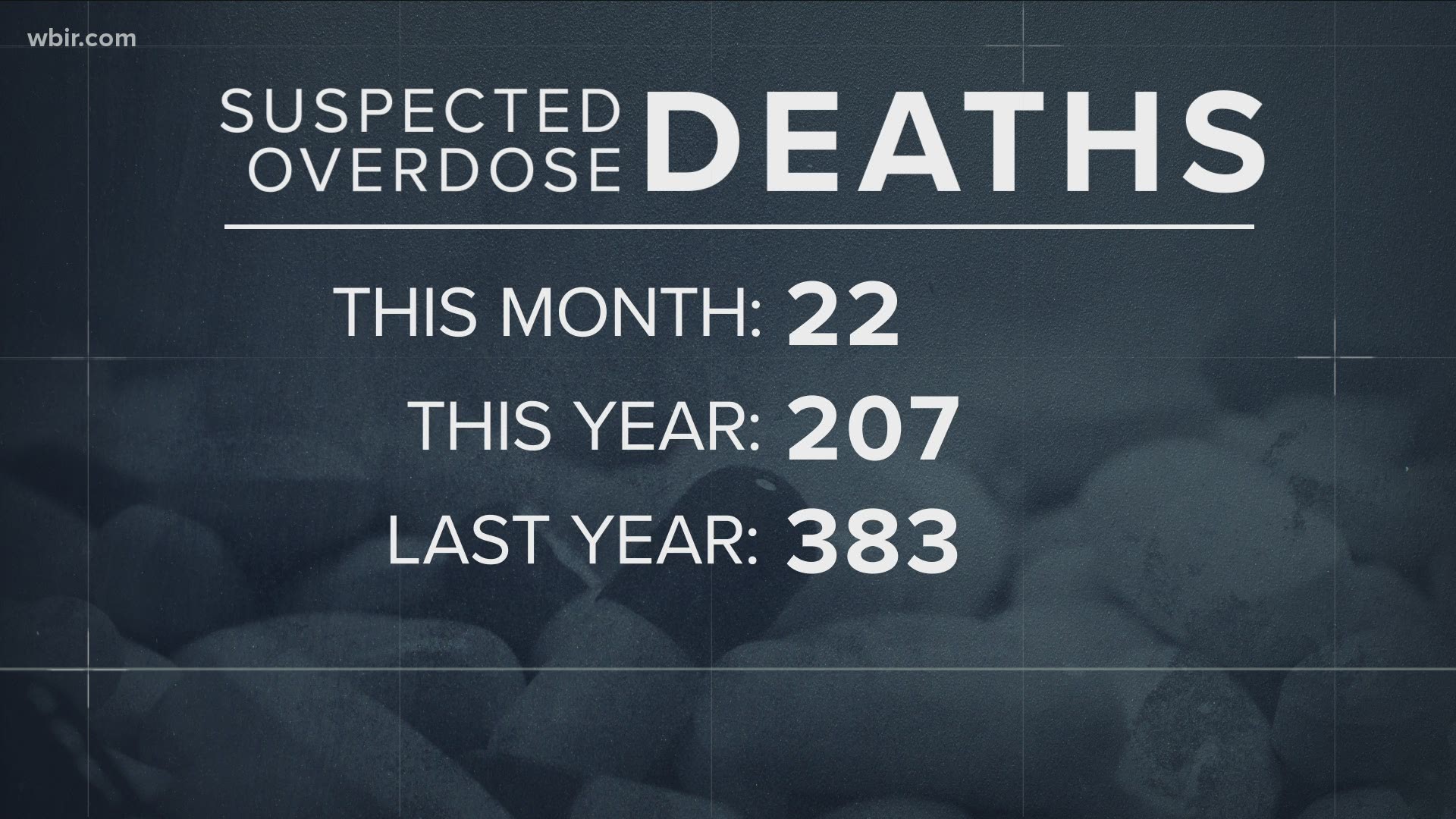 "It's our worst year yet. It's just so sad," said Knox County District Attorney General Charme Allen. "They're really so much more than a number. Every one of those families is now missing a mother, a father, a brother, a sister, a loved one."

According to a report, mixed drug intoxications led the way, but fentanyl, fentanyl analogues, and some of the novel synthetic opioids continue to be the most abused drugs. Among the stimulants, methamphetamine is the drug of choice either alone or in combination with opioids.

“As we began collaborating with a number of nonprofit and governmental agencies to bring awareness to the perils of overprescribing, the numbers of overdoses started to drop,” said Dr. Darinka Mileusnic-Polchan, chief medical examiner. “Our efforts were finally paying off in 2019 as the overdose deaths began to decline. Unfortunately, 2020—the year of Coronavirus pandemic—happened and the rest is history.”

Dr. Mileusnic-Plochan said that job losses, economic hardship, the lack of access to treatment modalities, among other aspects, "have led to a rise in the overall mortality from unnatural causes, including drugs."

"2020 was definitely a very frustrating year. Addiction is a disease that isolates," Pershing said. "They need to get out and form a community of others in recovery so we're very hopeful that those connections are now happening."

The report states that in Knox and Anderson counties, young and middle-aged men continued to be disproportionately affected by drug overdose compared to women. In Knox County, the ratio of black to white overdose deaths is 1 to 9, which reflects the community’s demographic makeup.

The data is only from drug-related deaths in Knox and Anderson counties between 2010 and 2020 that were investigated by the medical examiner.

Some highlights of the report by the Knox County Regional Forensic Center include: