"People should not be ashamed" | Blount Co. mom working to stop the stigma surrounding addiction

Mimi Bristow lost her son to an overdose in 2019. She wants people to speak up about addiction and how to get help. 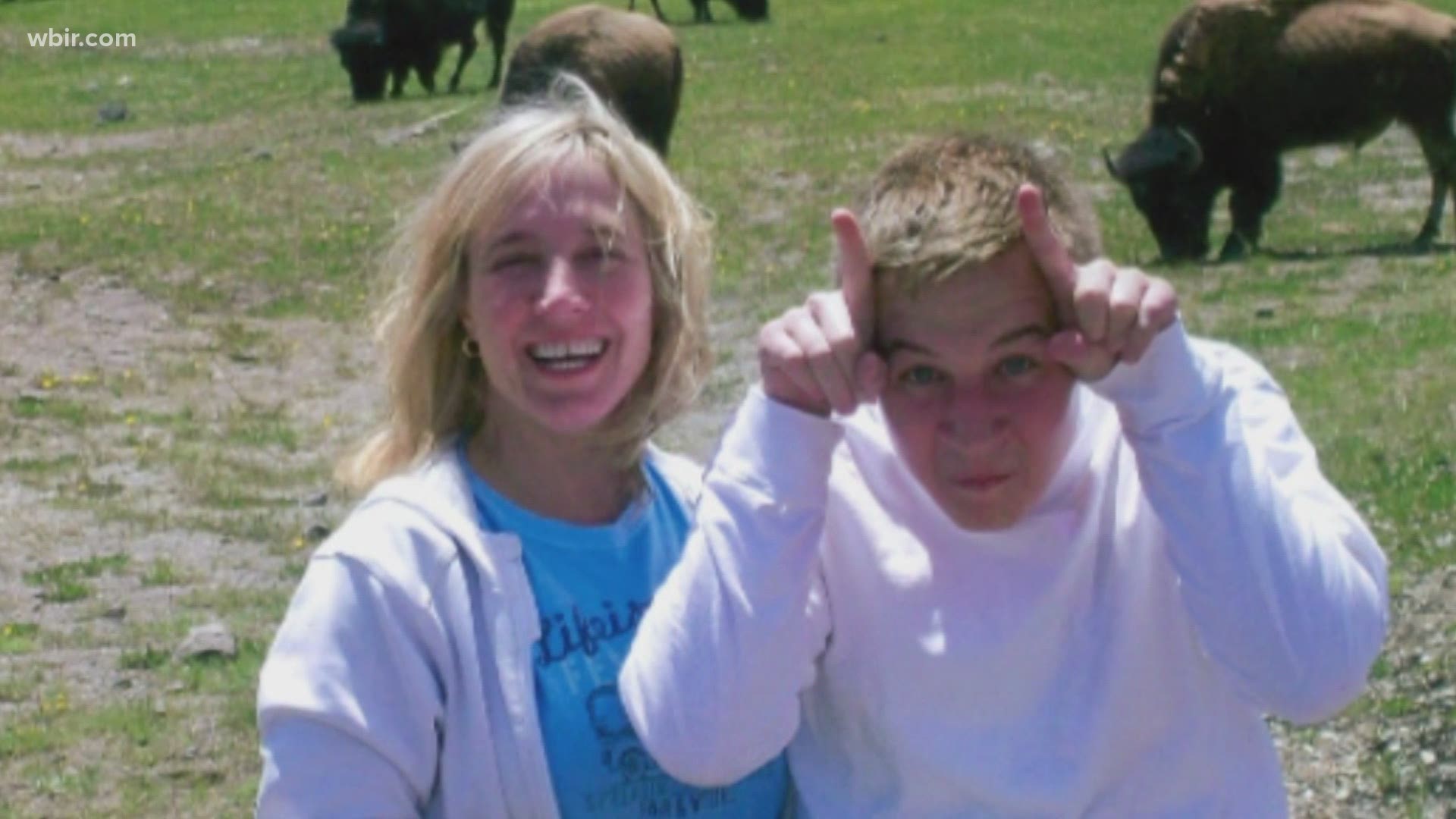 MARYVILLE, Tenn. — Joseph Bristow was an athlete who loved dogs and baking. His mom, Mimi Bristow, said he would light up the room.

"Joseph was very charismatic, very funny, joyful," she said. "He always liked to laugh. He was very loud."

In high school, he had a family history project. He wrote a poem called "Where I'm From," which Mimi still cherishes.

"I am from embraces from that of a mother's arm, the lick of a dog, the cold taste of a snowflake," it reads. "[I am] from the impacts of pain, shame, pleasure and love beyond measure."

Joseph was an excellent writer and full of promise, his mom said. But like his father, Joseph struggled with addiction.

"We went through the gamut with him," Mimi said. "I watched him for 12 years struggle being addicted ... Once he got to college is when he got more into the opioids and harder drugs."

For a while — fourteen months — it worked.

"He was going back to school. He was talking about getting a law degree," Mimi said. "I had convinced him to go do a Spartan Race with me, so he went with me."

Joseph died from an overdose shortly after — December 3, 2019.

"I don't know what sparked him to want to use again ... My son could project happiness and joking to other people, but I don't think he had self love," Mimi said. "That's something that's hard to help someone with."

In his obituary, she wrote about his struggle with addiction. Mimi said she felt it was important to include.

Credit: WBIR
Mimi Bristow wrote about her son's battle with addiction in his obituary to help raise awareness.

"A bunch of my friends said, 'oh, that's brave that you did that,'" Mimi said. "I said, I'm not brave. It's the truth and people should not be ashamed."

That sentence is one step in the fight against the stigma surrounding addiction that Mimi wants to break down.

"Everybody I know has been touched by addiction, whether it's opioids, alcohol, whatever," she said. "It shouldn't be a secret. It shouldn't be something you hide. That's my best advice to parents: seek out and get help."