First responders on the frontlines of the opioid epidemic are busier than ever responding to overdoses. 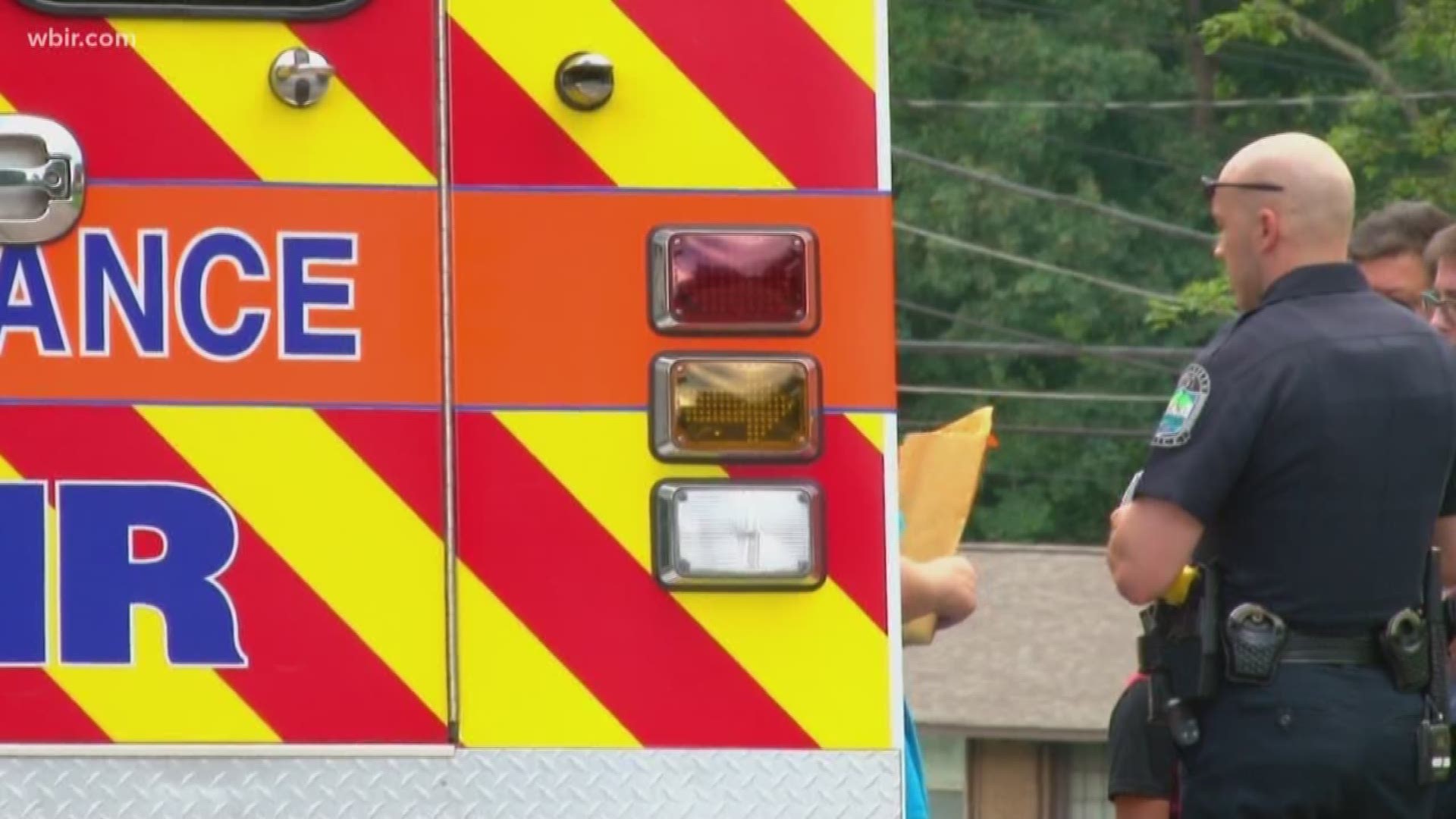 KNOXVILLE — First responders on the frontlines of the opioid epidemic are busier than ever responding to overdoses.

In 2017, the Knoxville Fire Department responded to an average of nearly two overdose calls every day.

"It’s an every day occurrence for us to go to these calls," said Sgt. Sam Henard with the Knoxville Police Department. "This is not the new reality. This is something we’ve been dealing with for several years and unfortunately keep dealing with."

We rode along with Sgt. Henard on a recent Friday night. It took less than two hours to receive our first drug related call.

"They’ve called 911 and stated that she has been doing heroin and wanting to hurt herself. She is armed with two knives," said Henard. "There’s also kids in the home and a lot of yelling and screaming in the background."

It's a sad reflection of the times: Another day, another overdose.

Sgt. Henard is a 13-year veteran of the Knoxville Police Department. He’s helped save lives with Narcan, seen lifeless bodies taken away after an overdose, and on this call, he will be faced with the same challenges officers in Knoxville encounter nearly every day on the job.

"What are you on? What kind of drugs are you on. What have you taken? We just need to know. You’re not in trouble," said Henard to the woman who said she had taken drugs.

"Methamphetamines and heroin," she replied.

As bad as the scene may look, this woman is one of the lucky ones. She’s still alive. Her sister called 911 for help before she could overdose.

"This is actually the second time I’ve had to call to get her help and in a crisis, and I’m lost. I just want to save her life," said Crystal Tippens, the sister of the woman. "There’s hope out there. There are success stories all the time and I just hope that she becomes one of those. I don’t want her to become a statistic."

Crystal Tippens wanted to speak with us about her sister’s drug habits after she was transported to the hospital. She knows the effect drugs can have on a family. Her mom died from an overdose. Her best friend OD’d last month. Her cousin fell victim before. Today, she knew she had to call for help.

As Sgt. Henard searched through the woman’s car, he found something he often encounters on drug calls.

"They kind of call this a to-go box and addicts carry these with them and they carry all of the paraphernalia that they need to do their drugs," said Henard. "You’ve got the syringes here that she’s been using in her arms and the spoons here that they use the drugs on."

But also found something he’s never seen before.

"Thank you for not leaving me when I needed you the most," read one of the cards. "I have two of the best sisters in the world. I don’t know what I would do without you. I love you guys more than you will ever know."

The woman had left notes behind for her friends and family, knowing her life may come to an end soon at the hands of an overdose.

"This is all because she thought she was going to die," said Tippens. "My sisters deserves life, and a better one."

If you or a loved one needs help battling addiction, please visit our list of resources here.