Tennessee Department of Health: Opioid deaths rose to another all-time high in 2018

Despite continued progress in painkiller regulation, the number of opioid overdose deaths continued to rise in 2018. 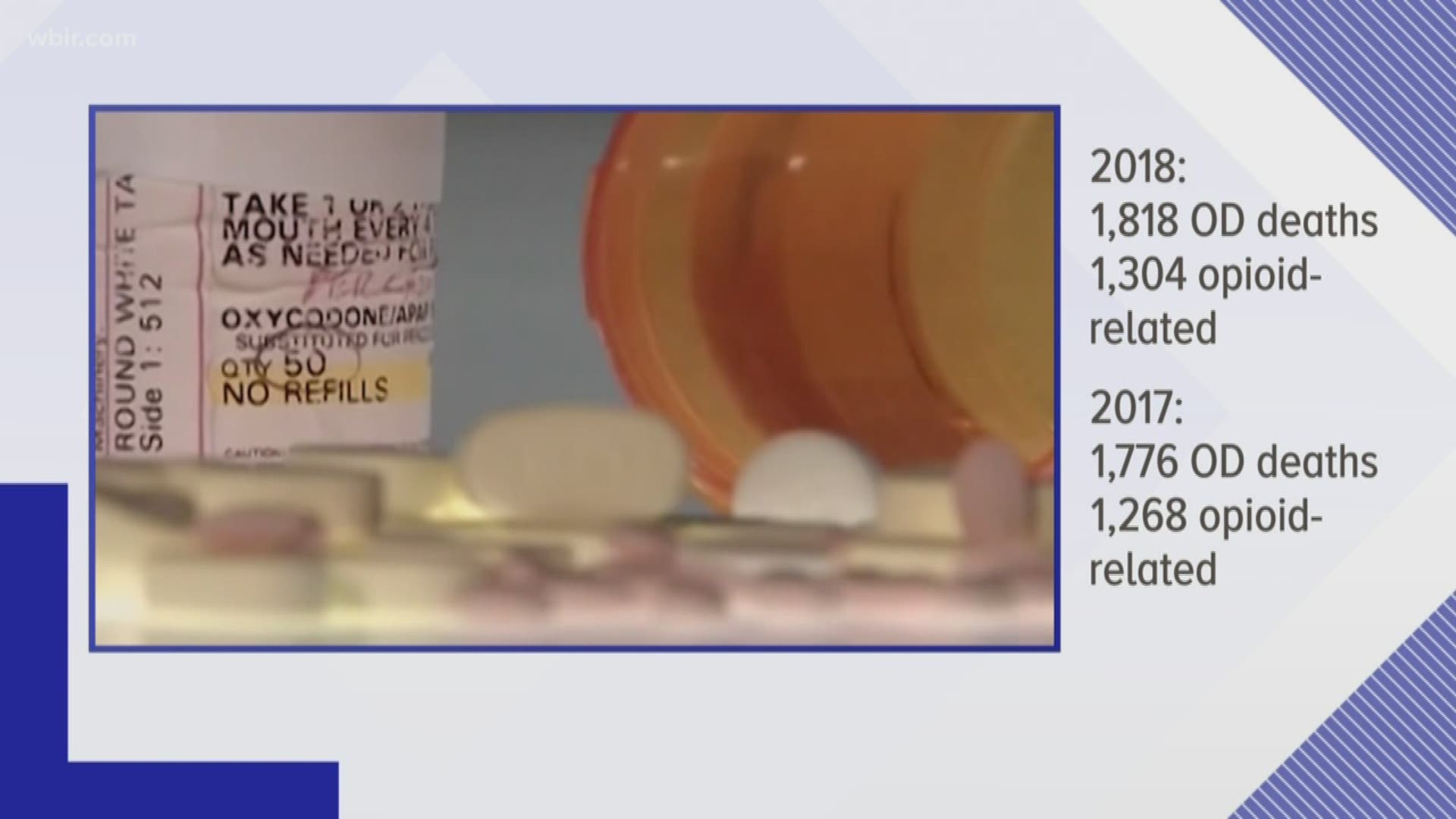 NASHVILLE, Tenn. — Tennessee saw more overdose deaths in 2018 than any year before despite continued progress in the regulation of prescription painkillers.

According to the Tennessee Department of Health, 1,818 people died from overdose last year--1,304 of those were tied to opioids, and 367 of those were specifically from heroin.

The number of heroin deaths increased by 56 overall in 2018 -- suggesting the drug is playing a larger role in the opioid crisis alongside non-medical usage of synthetic opioids like fentanyl and its analogs.

As opioid overdose deaths continue to rise in the state, authorities are also worried about the resurgence of another drug they said is contributing to overdose deaths: Methamphetamine. Law enforcement agencies across the state have made it a point to crack down on the drug and arrest many suspected of distributing.

RELATED: Six charged with meth conspiracy ring in East Tennessee, one still not in custody

Nearly 1 million fewer opioids were prescribed in the state last year -- most notably short-acting hydrocodone -- continuing a trend since 2014. The state also noted benzodiazepine prescriptions like Xanax, which were present in 27% of all opioid overdose deaths, were down by nearly 400,000 in 2018.

Saturday, Oct. 26 is National Prescription Drug Take Back Day. There will be several drug drop-off locations across East Tennessee.

You can check your local pharmacy for drug drop-off sites, or go to takebackday.DEA.gov and punch in your ZIP code to find a location. The window for dropping off medications is 10 a.m. to 2 p.m.

Since its inception in 2010, National Prescription Drug Take Back day has encouraged citizens to turn in 469 tons of prescription drugs. The DEA will accept prescription drugs and vapes at any of its drop off locations. It cannot, however, accept vaping devices that contain lithium ion batteries.