Year in review: 2018 proves to be another deadly year in the fight against opioids

While hundreds of people died in East Tennessee at the hands of opioids, many breakthroughs were made in the fight to bring an end to the epidemic. 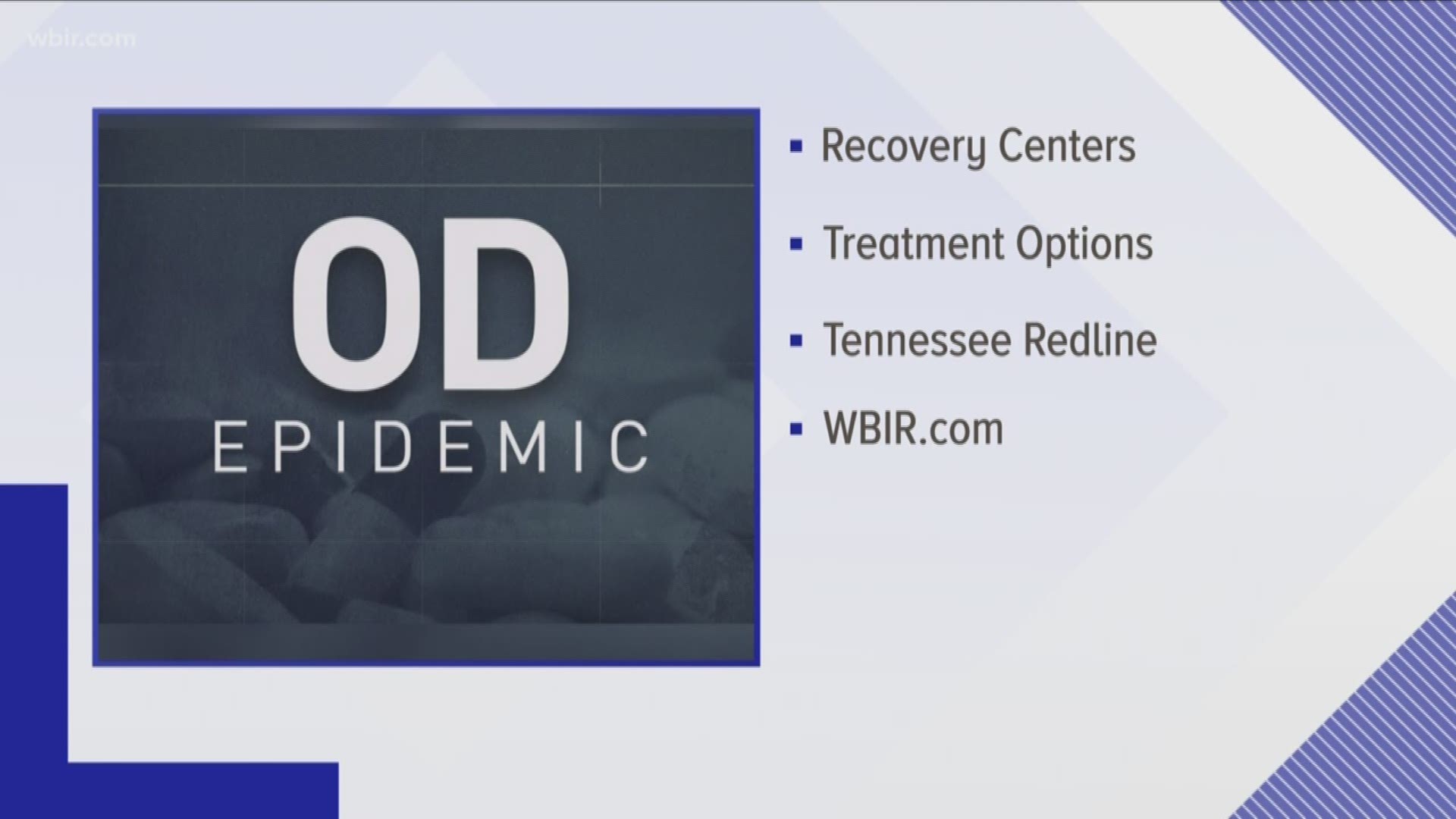 If there will ever be a year when people stop dying at the hands of opioids, unfortunately, 2018 was not that year.

"I believe that the opioid and drug issue is the most important issue that we face," said Knox County Mayor Glenn Jacobs.

In the past 12 months, the overdose epidemic brought us stories of pain, grief, and a steadfast determination to do anything to stop people from dying.

First responders revive people with the overdose reversing drug Naloxone. The Knoxville Fire Department administered it more than 400 times in 2018.

"There’s not a station in the city that does not run overdoses every day," Patricia Perrin, a firefighter with the Knoxville Fire Department, said. "If we didn’t do it and no one responded, then they would die."

The drugs tear families apart and leave holes in the fabric of our community.

Crystal Tippens watched as her sister was carried away in an ambulance. She was prepared to die, writing notes to her family to open once she had overdosed.

"This is actually the second time I’ve had to call to get her help in a crisis, and I’m lost, I just want to save her life," Tippens said.

Investigators on the front lines of the opioid epidemic use every tool they can to catch the dealers who supply the deadly drugs. Cell phones often hold the clues to the last person someone spoke to before they overdosed. In some cases, phones can lead to murder charges.

"When someone overdoses and dies in our community, we want to know where they got those drugs. The way that people communicate in this day in age is with their cell phone," Knox County District Attorney General Charme Allen said. "The one person that has lost their life here obtained those drugs from somewhere. If you follow those up the chain, you get into people that are making a living by distributing drugs in our community and by preying on those who are the users."

Knox County opened the Behavioral Health Urgent Care Center in March as an alternative to jail, giving people with mental health problems a chance to get treatment instead of sitting behind bars.

"They would begin treatment and begin the opportunity to begin thinking differently about their life," Jerry Vagnier, the president and CEO of the Helen Ross McNabb Center, said.

East Tennessee is also at the forefront of research for neonatal abstinence syndrome. Around 1,000 babies were born drug-dependent in Tennessee this year.

Dr. Craig Towers at the University of Tennessee Medical Center first discovered that pregnant women can go through detoxification as an alternative to having their babies born drug-dependent.

"Research shows that it’s not harmful to the fetus while the mother is going through detoxification," Towers said.

This year also saw a controversial new program hit the streets of Knoxville.

The Syringe Service Program allows drug users to exchange the syringes they used to get high for new clean ones, all anonymously and for free. In the first six months of operation, they saw more than 600 clients.

"What we are trying to do is just reduce the risk of HIV and Hepatitis C," Ernie Hoskins with Positively Living said. "This is a piece to the puzzle. It’s not solving everything, but it is a piece."

The struggle to overcome addiction takes determination and perseverance.

"It’s a miracle that I am alive today," Kris Rucinski, who traded his addiction to drugs for a love of music, said.

This year more than ever, success stories like his inspire us and leave us with hope that next year less people will die.