UTPD Cpl. Kyle Botica was out running errands when he saw the fire at the Pellissippi Parkway overpass and stopped to help. A nurse also helped. 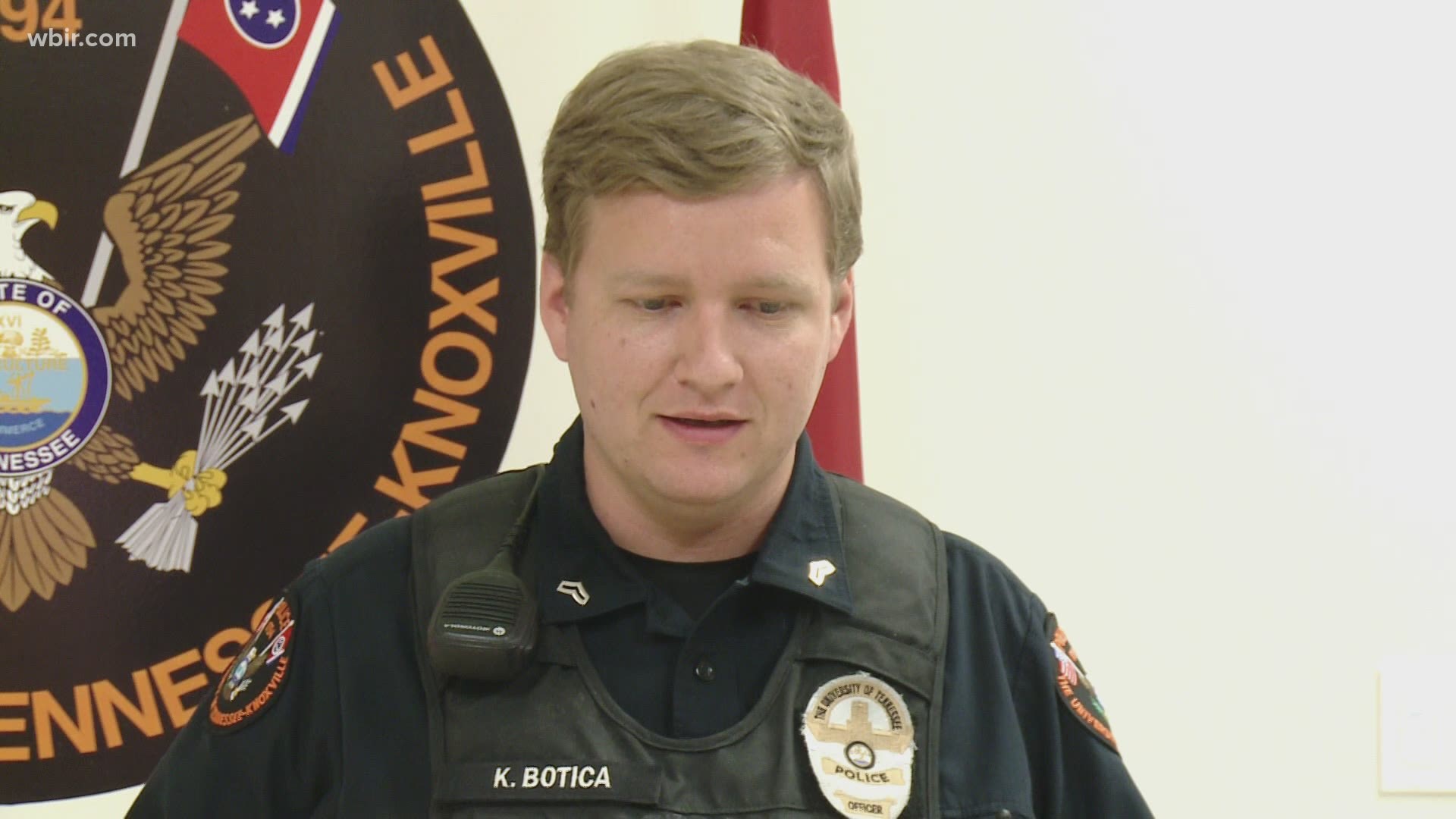 KNOXVILLE, Tennessee — Hundreds of shocked motorists watched Wednesday afternoon as a camper went up in flames along Interstate 40 West in Knox County.

Many probably didn't realize as they passed that they were also witnessing an off-duty University of Tennessee Police Department officer in the middle of trying to save a man's life.

RELATED: TDOT: One person sent to the hospital after trailer fire on I-40, under Pellissippi Parkway

UTPD Cpl. Kyle Botica was out running errands when he saw the fire at the Pellissippi Parkway overpass and stopped to help, according to UTPD.

A truck pulling a fifth-wheel camper had moved to the shoulder, and a brake fire had broken out, quickly engulfing the camper. The incident happened shortly before 2 p.m.

The driver was able to separate the truck from the trailer with a bystander's help, according to the Knoxville Police Department.

The bystander then suffered an apparent cardiac event.

Botica had stopped to help and was moving people away from the fire. When the man collapsed, he and others moved him to safety. He had no pulse, according to UTPD.

Botica and an off-duty nurse at the scene began CPR. He handled the chest compressions while the nurse monitored the man’s pulse and breathing, according to UTPD.

The Knoxville Fire Department and an ambulance crew pulled up and took over. The man was taken to an area hospital for treatment.

Knoxville Fire Department Assistant Chief Mark Wilbanks hailed Botica's efforts in a message to the UT department, crediting him with likely helping to save the man's life.

"A lot of people will tell you this if you talk to people in law enforcement. That's why I chose law enforcement as a career. I saw it as a really good opportunity to help people when they need help. You know, it makes you feel good obviously when you get to accomplish that," he said.

Botica said he appreciated the nurse's efforts in working with him to try to revive the man in distress. She left before Botica could speak with her further, according to UTPD.