The Bradshaw family lives in a home built entirely with timber from their land, and the Discovery Channel took notice. 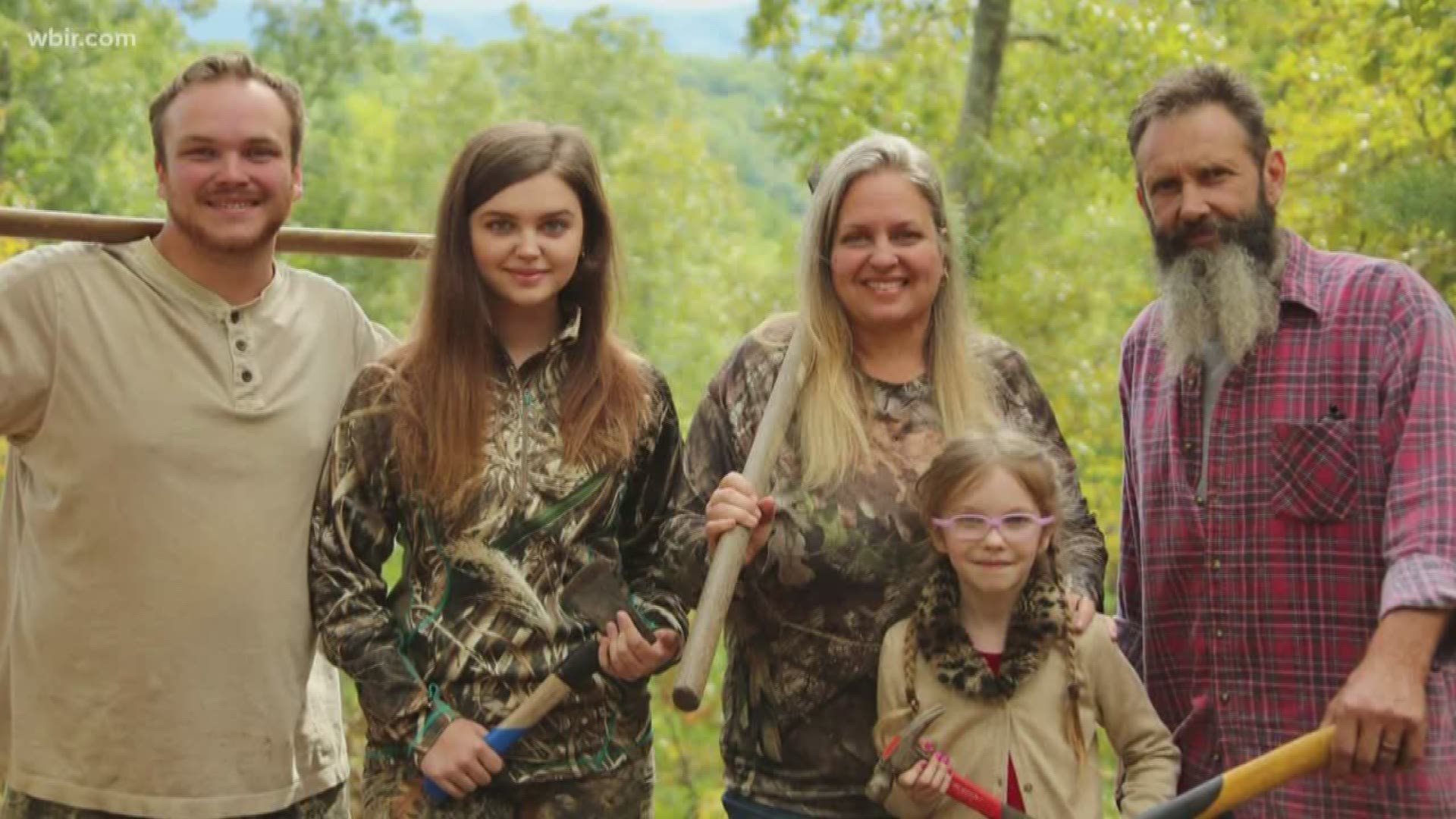 That's the reality Amber and Timmy Bradshaw chose--- an almost completely off the grid lifestyle.

"We were just trapped in technology," Amber Bradshaw said. "We were completely co-dependent on the system. And we just looked at our kids and we said, we don't want them to live like that."

So they chose to live without cable, without air conditioning, and with just limited access to the internet.

"For us it means no relying on outside resources for our quality of life," Amber Bradshaw said. "So it means not being connected to the city water, city sewer, city electric."

It also means building your home yourself, all by hand.

Timmy and his 24-year-old son Gavin used timber from their land to build the two-story, three bedroom home in three months last fall.

The quick build was tough, but it was a challenge from the Discovery Channel so they could be featured on the show Building Off The Grid.

"It was weird at first because we're not used to that," Amber Bradshaw said.

"Once you make friends with the camera crew and everything, everything goes smooth," Timmy Bradshaw said.

And it's been smooth since.

The Bradshaws plan to add more space to their solar-powered home.

The show first premiered on the Discovery Channel last week.

You can also watch that episode Tuesday night at 9 on the DIY Network.

Amber hosts a website about living off the grid, called My Homestead Life.