One Cry, We All Cry: Vols give emotional salute to senior athletes

Oh, man... who was cutting a truck of onions in Thompson-Boling Arena before the game Tuesday night? 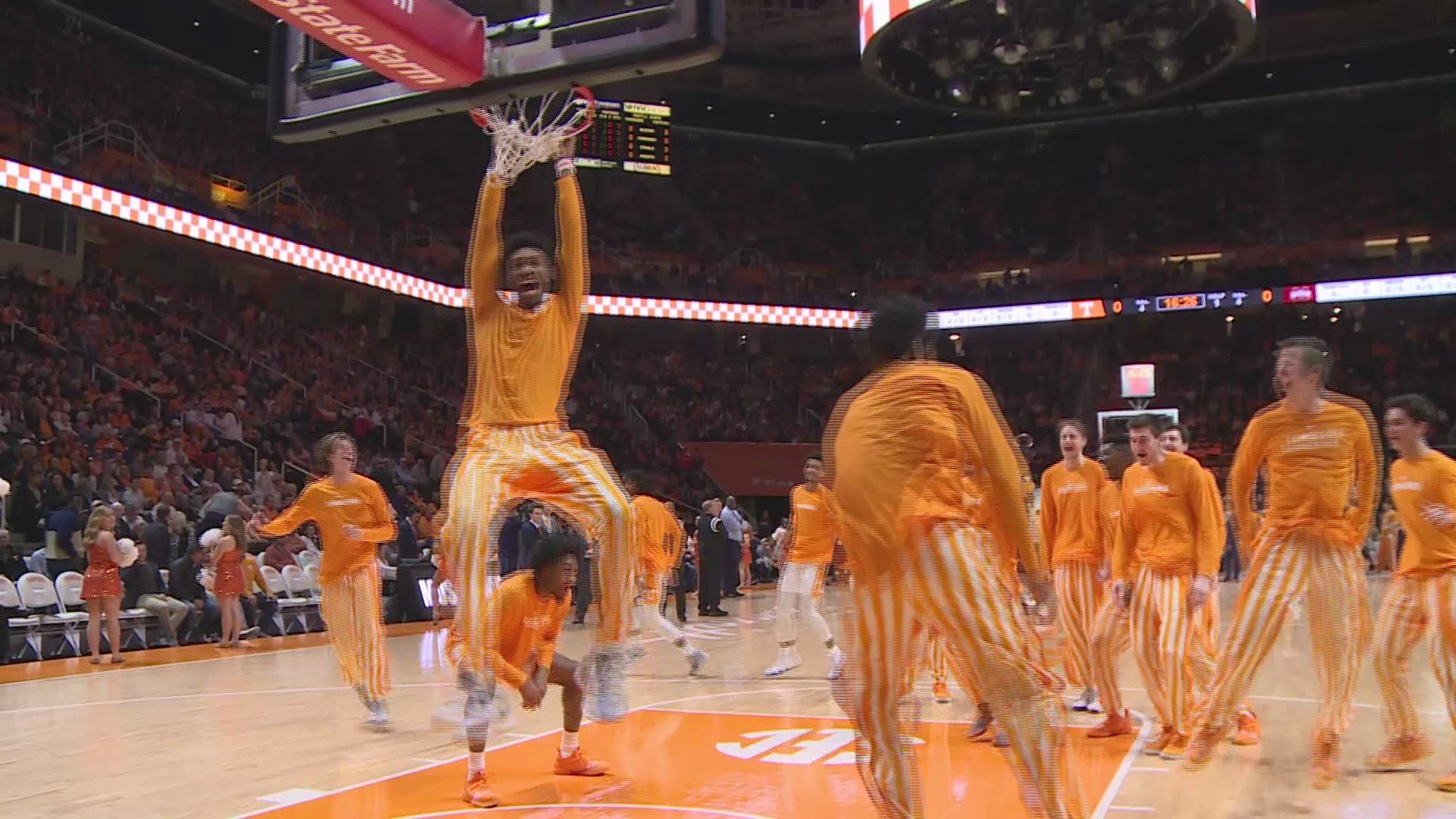 Before Tennessee fought and beat Mississippi State Tuesday night, most everyone inside Thompson-Boling Area was fighting back tears on Senior Night.

After putting up a record-shattering season and celebrating many victories in Knoxville, tonight was the final time some members of the tight-knit Tennessee Men's Basketball team would play in TBA.

Before the game, Seniors Admiral Schofield, Kyle Alexander, Lucas Campbell and Brad Woodson were called out to be honored with their families at center court.

It was certainly an emotional mood, particularly after how this season developed. Perhaps none were as emotional as Admiral, though, who saw his dedication to Vol Nation returned ten-fold after making the decision to stay with the team this season after testing the NBA draft waters.

Admiral had tears streaming down his face as he hugged Coach Rick Barnes and stood by his family and teammates. TBA roared with each accomplishment announced.

It turned out to be another good night in TBA for the Vols, who handily defeated the Bulldogs 71-54.

Nobody is ready to say goodbye, though. This team is something truly special, but thankfully there is still a little more time to see these players in action.