Knoxville woman shares the moment she witnessed the U.S. Capitol under siege

Debbie from Knoxville was in the nation's Capitol for a pro-Trump rally and witnessed rioters siege the Capitol. She does not believe violence was the answer. 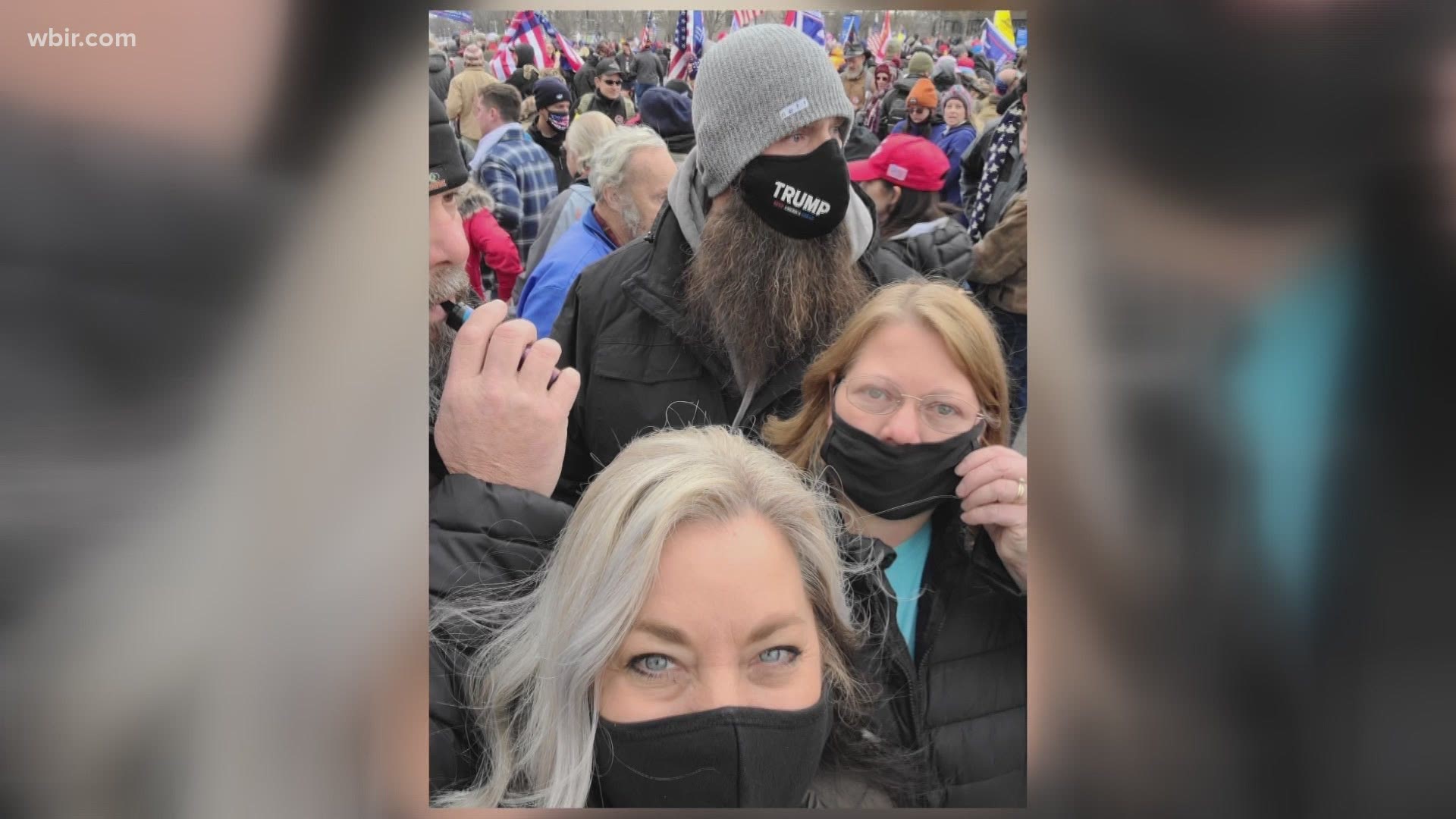 "We're getting calls from everyone asking if were OK... that there's a bomb threat," said Debbie Hurley.

Hurley is from Knoxville and traveled to Washington to attend a pro-Trump rally. As she and others went to the White House, hundreds of others with the rally gathered outside the Capitol.

"We went down to the White House. Everything was peaceful and there were lots and lots of people, there were so many people," Hurley said. "We ate lunch while we were there, and people started talking about something going on at the Capitol."

"We're right here in the middle of it, and of course you know we're hearing the ambulance and police coming out…someone had their phone on and said there was a shooting in the Capitol," Hurley said

One woman had been shot during the riot as the mob tried to break through a barricaded door into the House Chamber, authorities said. She later died in the hospital.

Three others died from medical emergencies that occurred during the riot, including an officer who died after having a stroke, according to police.

For Hurley, she questioned how rioters were able to get inside with little resistance.

"Where was the police, and why didn't they stop it?" Hurley said. "We were shocked that the security wasn't like it has been at other rallies. They were purposely opening gates. None of it seemed right."

Some officers are saying it was a failure in leadership, saying they are "frustrated and demoralized" with how a lack of leadership undermined the response to the mob, according to a statement NBC News received from Gus Papathanasiou, the union chairman. Papathanasiou laid the blame on a failure and planning while praising officers for their work.

Capitol Police Chief Steven Sund resigned on Thursday following criticism from all sides after he defended his department's response to the violent breach at the Capitol, saying officers “acted valiantly when faced with thousands of individuals involved in violent riotous actions.”

"No one can tell me that if it had been a group of Black Lives Matter protesting yesterday, they wouldn't have been treated very, very differently from the mob of thugs that stormed the Capitol," Biden said. "We all know that's true. And it's unacceptable. Totally unacceptable."

Despite the violence Wednesday, the People's business resumed -- and Vice President Michael Pence announced in the early hours of Thursday morning that Congress confirmed Biden will be the next President of the United States following a final count of the Electoral College votes.

"We will not be kept out of this chamber by thugs mobs or threats," Senate Majority Leader Mitch McConnell said.

Hurley said despite your beliefs, rioting is not the solution.

"We don't need to do it in violence -- that never works," Hurley said.