The Knoxville Fire Department said one victim was pronounced dead at the hospital, and another died on the scene. 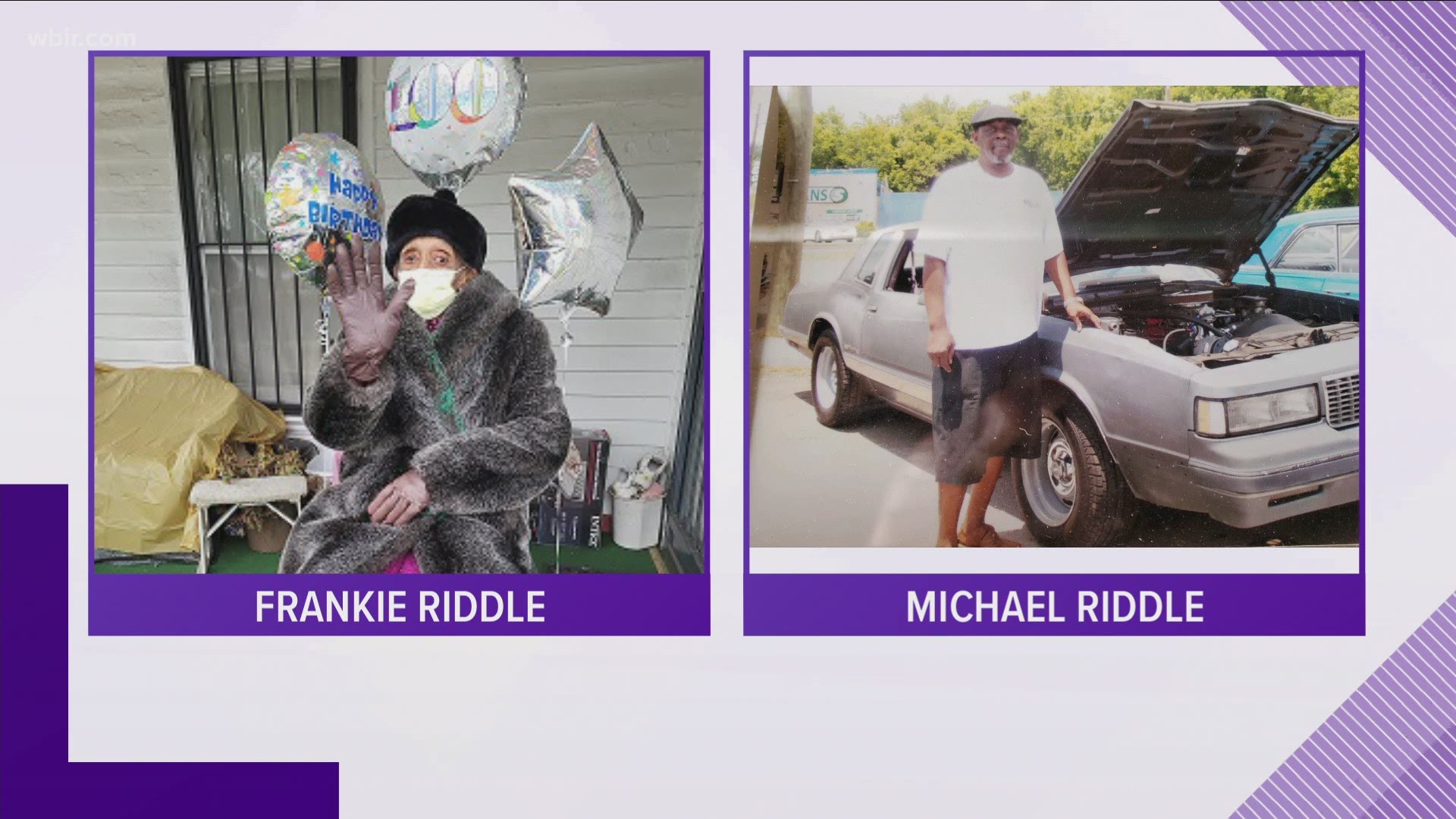 KNOXVILLE, Tenn. — UPDATE MONDAY: The Knoxville Fire Department is declining to identify the two people killed this weekend as a result of an East Knoxville house fire.

But family members say the pair killed Saturday in the home on Kyle Street were a 100-year-old woman and her son.

Credit: Riddles Family
Michael Riddles, who died Saturday in an East Knoxville house fire along with his 100-year-old mother.

Frankie Riddles had just turned 100 on Jan. 10, according to family. Her son, Michael, also perished as a result of the blaze.

Family members provided photographs of Mrs. Riddles and her son.

The Knoxville Fire Department was dispatched at 7:45 a.m. Saturday to 115 N. Kyle St. in East Knoxville for a report of a house fire.

Firefighters found heavy smoke coming from the home upon arrival.

Crews began fighting the flames while other personnel began searching for people reported to still be inside.

Two victims were pulled from the home. KFD said one victim died on the scene and the other was transported to the hospital as paramedics tried to save their life while en route.

That person was pronounced dead at the hospital. No names have been released at this time.

KFD said the cause of the fire is undetermined at this time.