The Karns Fire Department responded to the marina around 11 p.m. Monday night. 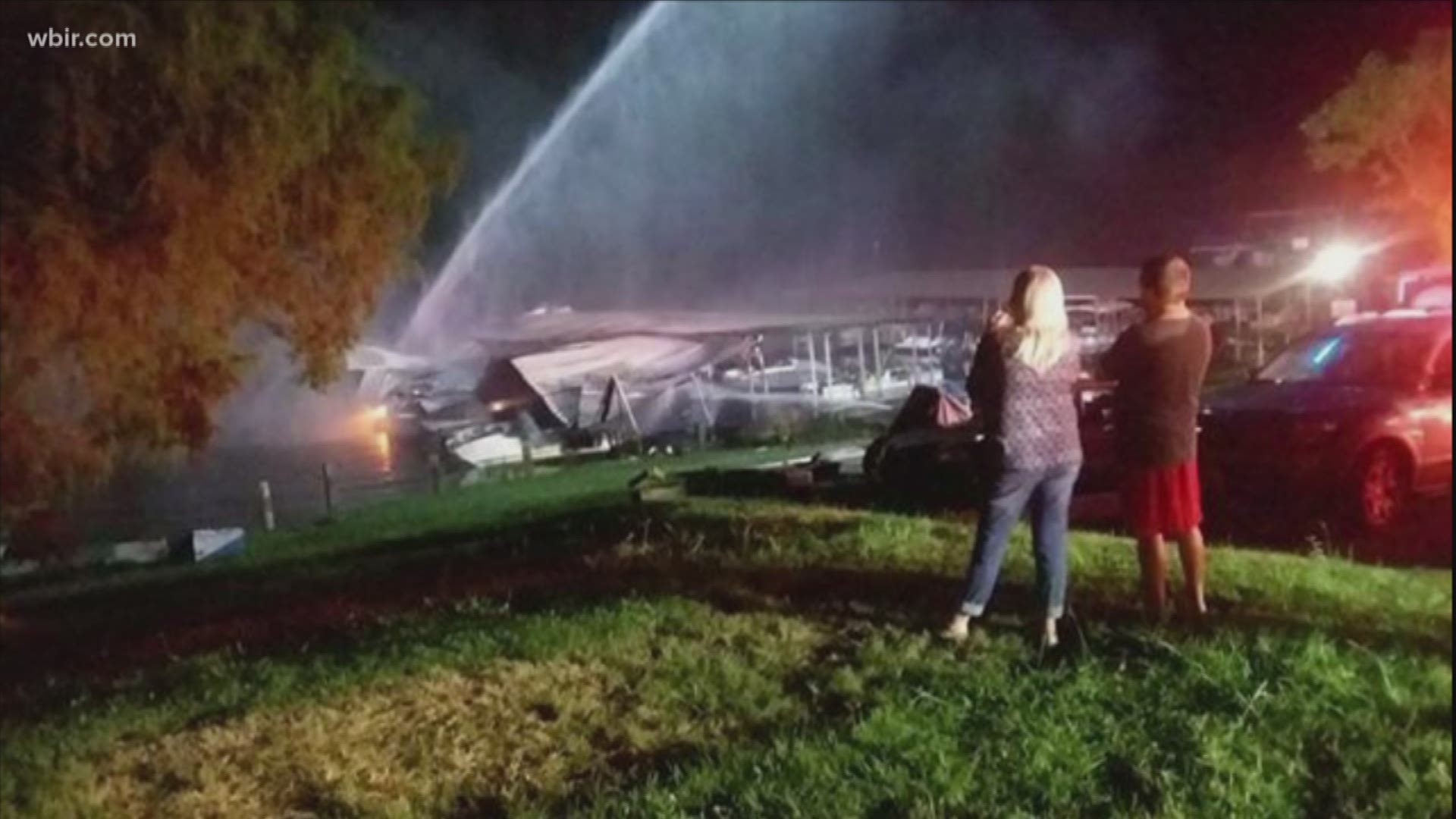 Knoxville — A man burned after an explosion set his boat on fire at Melton Hill Marina Monday night has been identified.

Tennessee Wildlife Resources Agency said Jason Chad Smith, 46, reset at tripped circuit breaker onboard his cabin cruiser that was docked at Melton Hill Marina when and explosion occurred and set the boat on fire.

The fire spread onto a portion the dock as well as to ten boats. There were also eight boats that were burned in varying degrees, TWRA said.

Smith was taken to Vanderbilt Burn Center with serious burns but they weren't considered life-threatening.

The Karns Fire Department responded to the fire.

Multiple watercraft had caught fire under the covered slips of the marina. There were also multiple explosions from propane tanks onboard the watercraft.

No firefighters were injured as they worked to extinguish the fire.

The Tennessee Wildlife Resources Agency was contacted to help with boats afloat from the docks and to begin assessing the environmental impact of the incident.

The Knox County Sheriff's Department is investigating the origin and cause of the fire.