'YOU ARE LOVED': Family of boy killed by falling tree posts moving message

The Loudon County Sheriff's Office said the tree falling was a "complete act of nature." 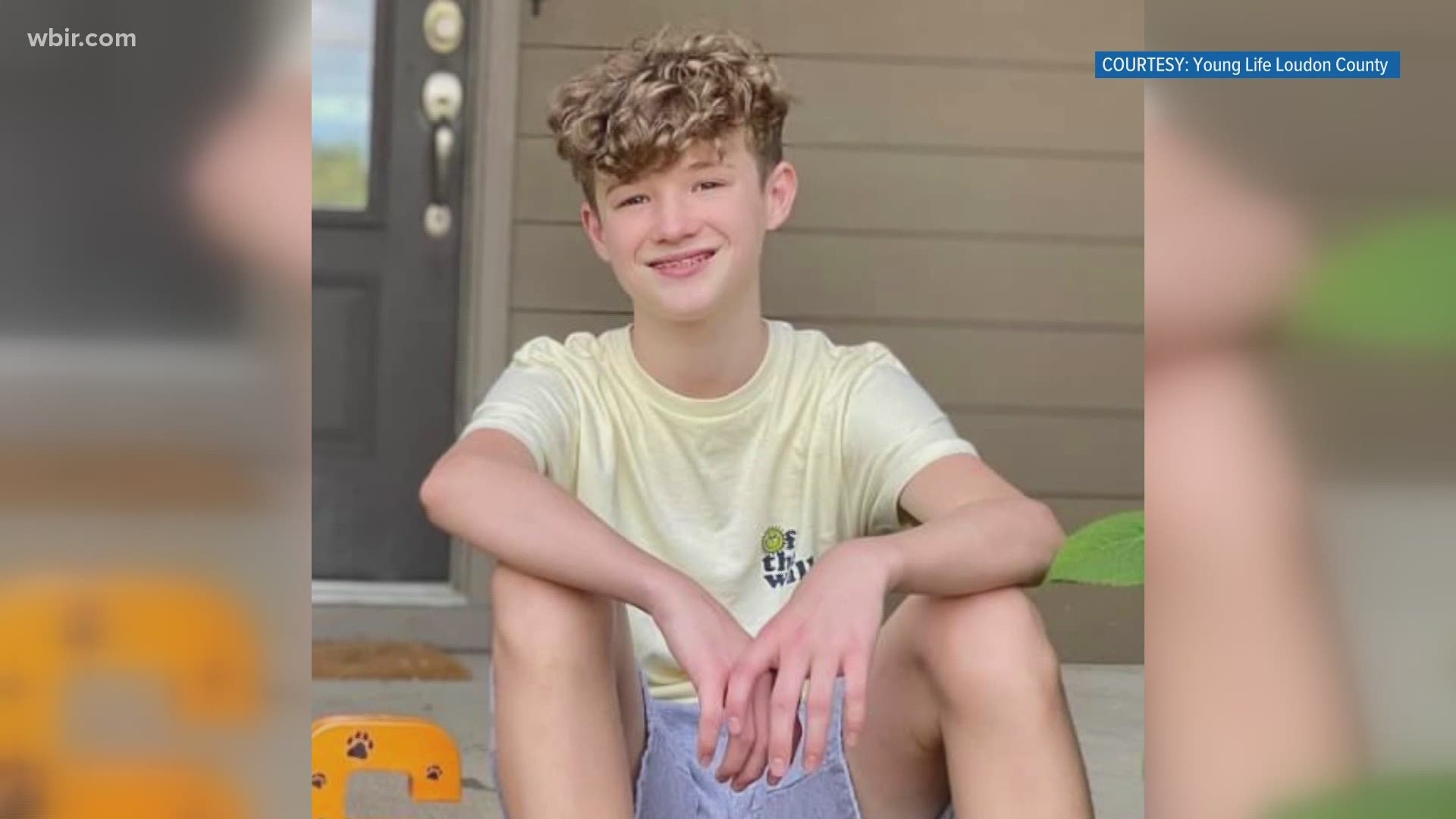 LOUDON COUNTY, Tenn. — UPDATE 11 A.M. MONDAY: The family of a 15-year-old Lenoir City boy killed over the weekend when a tree fell on him say he's now with God.

Julie J. Porcella posted a moving message about her son, Tyson Porcella, who would have turned 16 next month, on Sunday -- Mother's Day -- on Facebook.

"There are no words that can ever describe this feeling. Shattered, devastation, pain all seem too empty. We are so overjoyed that God shared this incredible boy with us for almost 16 years. There are no “what ifs” in this situation. God had a plan for our crazy child and now He is holding him so tight for us until we get there. We all hope Heaven has an endless supply of goldfish, that the WiFi never glitches, you always LOVE your hair and that you always know how much YOU ARE LOVED."

Visitation and services for Tyson are set for Tuesday, according to a posting by Click Funeral Home. Visitation will be 4 p.m. at First Baptist Church Lenoir City and the service to follow.

Tyson was concluding his freshman year at Lenoir City High School and was an active member of Young Life Loudon County.

"We are grieving the loss of Tyson Porcella after a tragic accident on Saturday, May 8," said Gabe Knipp, director of communications for Young Life. "We grieve with Tyson’s family. We grieve as Tyson’s friends. We draw on our faith and on each other during this time, and we pray for comfort. Our focus is on remembering the beautiful person Tyson was while we care for and walk alongside those impacted."

Tyson is described by his friends as an amazing guy who would help any of his friends no matter what they were going through.

Bryson Gardner said he's one of Tyson's best friends. They met in first grade, when Bryson said Tyson took him in when no one else would play with him at school.

Bryson posted a touching tribute to him on Instagram.

"Man little tp, we used to always talk about how when we got older we were going to get a house when we were older so we could be friends forever. Words can’t describe what an amazing human being you are, but I’m going to try anyways. You were a light in the darkness and truly one of the best friends I could have ever asked for. You were a blessing to have in my life along with so many others. The way that you were able to just attract people to you showed how amazing of a person you really were. I know you are in a better place now, but you will always live in mine and everyone else’s hearts."

Another longtime friend of Tyson's is Caylie Adams, who said they dated when they were younger, in an elementary school dating kind of way.

She, too, posted a tribute to Tyson on Instagram.

"He truly had a heart of gold and blessed every single person he ever talked to. He was the most genuine, caring person I have ever met," she said. "He had the most kind heart and was the goofiest person. If you knew Tyson you knew you would instantly have a good time with him. He lit up every room he ever walked in. I’m so grateful I was able to be apart of his life and know him and his sweet family."

Survivors include parents James and Julie Porcella; his beloved little sister, Payton; his grandparents, Randy and Patty McNabb and Russ and Faye Porcella, according to the obituary.

PREVIOUS STORY: One teenage boy is dead and another is injured after they were struck by a fallen tree Saturday.

It happened off Virtue Road in the northern part of Loudon County, according to the Loudon County Sheriff's Office.

Law enforcement said the two teens were struck by a tree.

One male was taken to University of Tennessee Medical Center with non-life-threatening injuries.

The second male was pronounced dead at the scene.

A spokesperson for the Loudon County Sheriff's Office told 10News: "Neither teen, or anyone who was there at the time of the accident, was doing any type of work to the tree and the cause of the tree falling was a complete 'act of nature.'"

No names are being released at this time since both victims are juveniles, as well as allow the families time to grieve.