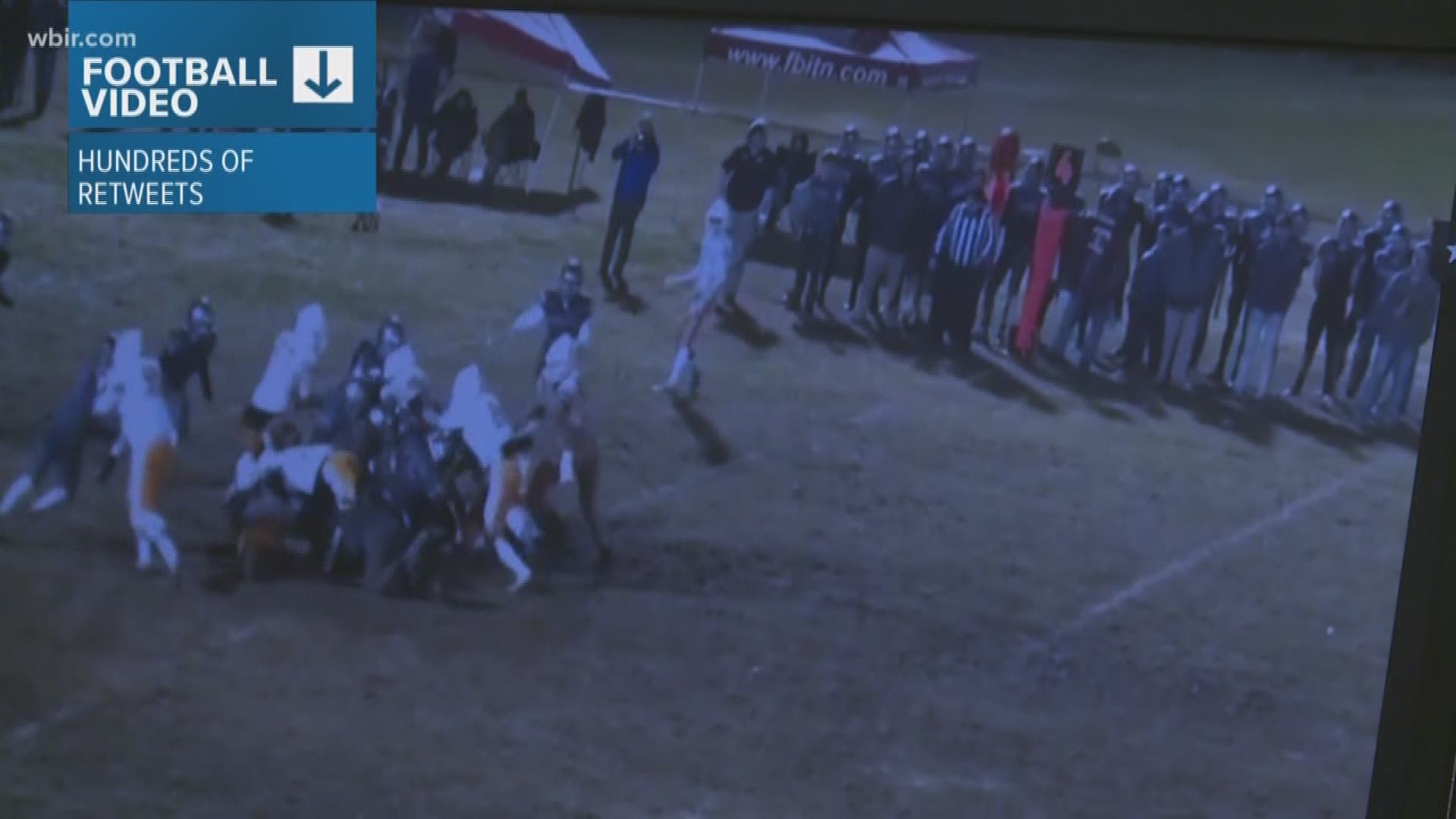 A Scott County community is fired up about a high school football playoff game after video shows chains being moved mid-play.

"It does speak for itself of what happens," Sexton said.

Sexton said it was third quarter, fourth and one for Oneida. Sexton said he noticed the chains moving mid-play, and officials gave the ball to South Greene. The Rebels eventually won 23-21.

"If the yard markers would have been at the original point, we think we would have had a first down," Sexton said.

Former Oneida coach Matthew Stiltner said in his 42 years of football, he's never seen anything like it.

"I could watch this multiple times and I just cringe and shake my head every time I watch it," Stiltner said.

The athletic director at South Greene told 10News he’s seen the video and believes the officials.

The TSSAA says the home team is responsible for lining up the chain crews in the first two rounds of playoffs.

It says the decision of the officials during a game is final and binding, and video footage could not change the game’s outcome.

TSSAA also told 10News someone would have to show video that the clip was undone from the chains, moved, and then put back on the chains.

Sexton and Stiltner said they saw that, but don't have video of it.

But that’s not what Oneida fans want. They say they just want everyone to be fair and honest.

"That's what we don't want to be skeptical and say that play changed the game, because it did not. South Greene still played a very good game and they still would've been in the league," Sexton said.

Oneida fans believe they will come back next year.

"When you get knocked down, you pick yourself up and go at it again. That's what these kids have been taught and that's how we live our lives," Sexton said.

The director of Oneida Schools told 10News she's proud of the students and coaches, and they hope for the best for every team and hope they value honesty.