There will be no vehicle access to Cades Cove from Jan. 3 through Feb. 29, 2020. Laurel Creek Road will close to all traffic for repairs to the Bote Mountain Tunnel. 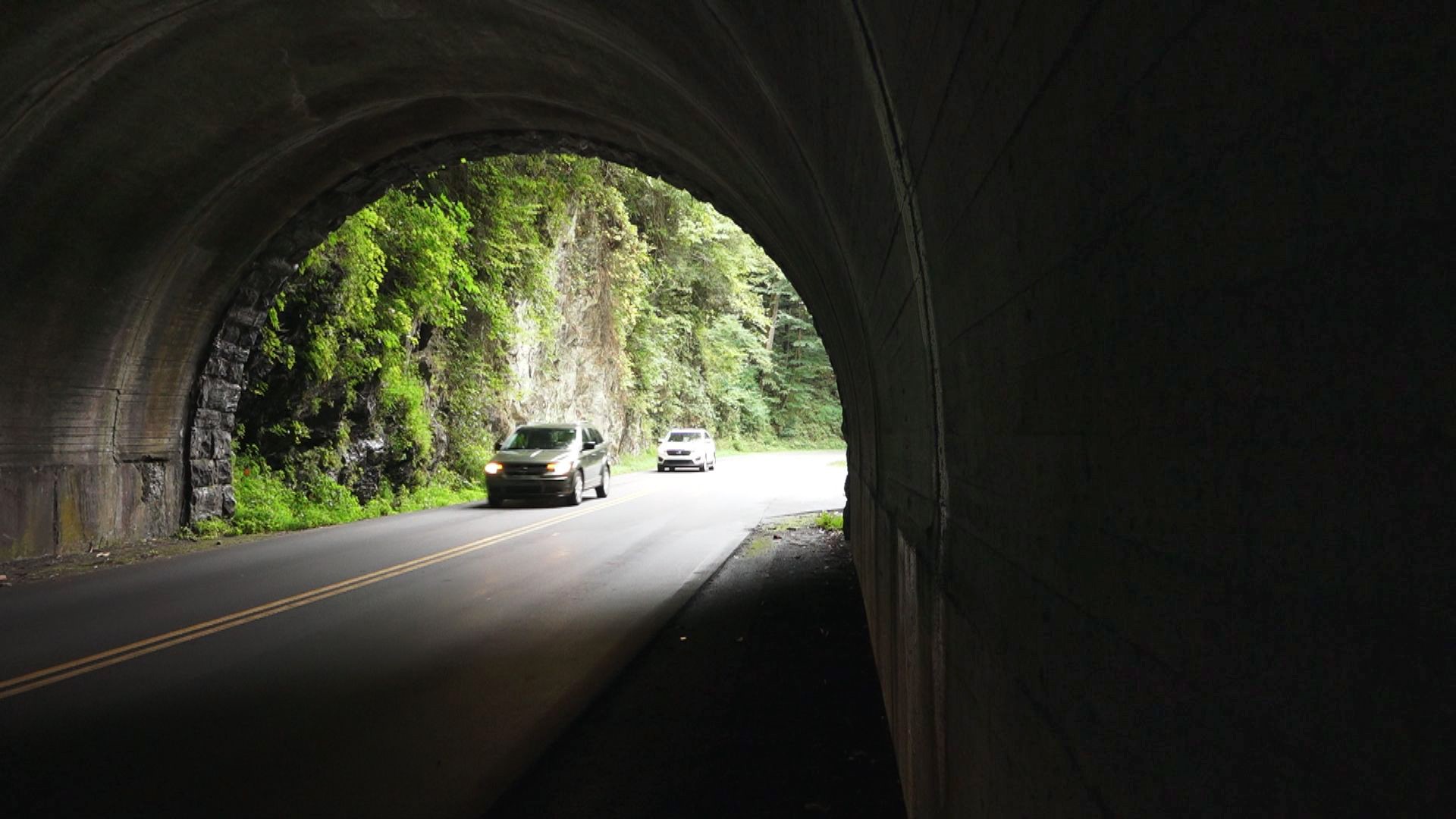 TOWNSEND, Tenn. — The Great Smoky Mountains National Park (GSMNP) is warning travelers not to plan any trips to Cades Cove for most of January and all of February 2020.

The one and only route to drive to Cades Cove, Laurel Creek Road, will be closed from Jan. 3, 2020, through the end of February while crews repair the iconic Bote Mountain tunnel.

During repairs, the park will close Laurel Creek Road just after the turn to Tremont. The road will be closed to everyone, be it drivers, cyclists, or pedestrians.  The only way for anyone to get to Cades Cove is to hike one of the trails, at minimum an eight-mile trek.

"We've known that this was needed for a few years to make repairs to the Bote Mountain tunnel," said Imelda Wegwerth, GSMNP landscape architect project manager. "We have had concrete chunks fall out of the tunnel.  And in the meantime, we've done band-aid repairs. Now we have the funding to do the work."

The $1.3 million project will be the first major construction on the tunnel since it was built in 1948.  Wegwerth said many leaders in Townsend and Blount County preferred to shut down the road to Cades Cove entirely for a couple of months rather than endure prolonged lane closures throughout 2020.

"We chose January and February because those are the slowest months with the least visitors to Cades Cove," said Wegwerth.

The main challenge presented by doing the repairs in January and February is the cold weather.  Work with concrete requires warmer temperatures. The contractor will close both ends of the tunnel with temporary barn doors to heat things up.

"They're able to close the tunnel off on both sides with barn doors, and still get equipment in and out, and keep the area heated. Concrete has to have specific temperatures to set and cure," said Wegwerth.

Once workers have the tunnel warm enough to get to work, they'll peel away concrete damaged by decades of drips. Water currently leaks through the construction joints of the tunnel. A new drainage system will be installed.

"Right now, we don't have any drainage chases in there, so it's coming through the construction joints that were originally put in," said Wegwerth. "You see the water inside the tunnel. It forms icicles in the winter."

The Cades Cove campground will also be closed in January and February. The park is opening the Elkmont campground during those months to provide a nearby winter camping option.

Wegwerth said the inconvenience will be worth it in the long run for the more than 2 million people who visit Cades Cove every year.

Credit: WBIR
Archway of Bote Mountain tunnel on Laurel Creek Rd., the only road to drive to Cades Cove in the Great Smoky Mountains.

"We're always hopeful repairs like this will last another 50 years. We try so hard to minimize impacts to our visitors. So, we picked this time frame. And I think giving [visitors] a heads up to not plan to come to Cades Cove during those two months, that's important," said Wegwerth.

Once repairs on the tunnel are complete, there will be sporadic lane closures in the spring to repave that area of Laurel Creek Road.

Law enforcement and emergency workers will use Rich Mountain Road to access Cades Cove during the tunnel repairs. The one-way road is normally closed to all cars in the winter.

"We will still have rangers at Cades Cove during construction to keep an eye on things and help during emergencies," said park spokesperson Dana Soehn.