ORNL anticipates that staff affected by the involuntary separation program will be notified by mid-February. 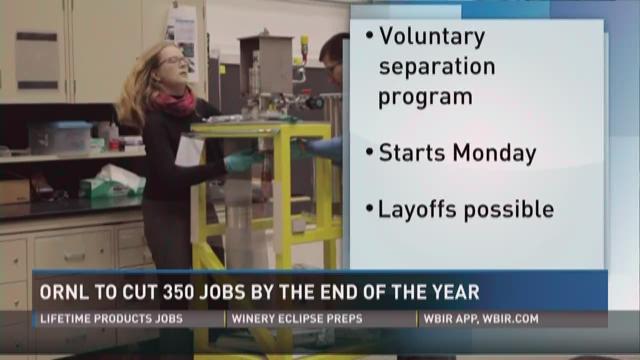 Oak Ridge National Laboratory announced Tuesday that it will begin involuntary separations of about 100 positions at its lab.

Last summer, ORNL began implementing a workforce restructuring plan that included eliminating 350 positions. In the August 2017 announcement, the laboratory said it would cut those jobs by the end of the calendar year.

Employees were able to apply for the self-select voluntary separation program, or VSP, to minimize the need for layoffs.

After reviewing 302 applications, 232 were accepted. Now, they're moving on to the involuntary separation portion, or ISP, meaning staff can no longer volunteer to leave the lab.

According to the internal letter sent to ORNL employees Tuesday, reductions were primarily made among staff who charge to indirect accounts.

Last week, ORNL managers began the process of identifying about 100 positions that will be eliminated.

"Like the VSP, the ISP will focus on overhead positions that aren't directly funded by DOE and other customers," ORNL Director Thomas Zacharia said in the notice. "The effects of the reductions will vary by organization, and we should use this time to focus on what is essential in our particular areas of responsibility."

ORNL anticipates that staff affected by the involuntary separation program will be notified by mid-February.

"We will have missed our goal if we simply shift existing work onto fewer people or if our researchers end up with less time to pursue their science and development efforts," Zacharia said.

Roughly 4,000 people from about 80 countries work at the lab, considered one of the leading research labs in the country.