'Our voices should be heard' | Hundreds in Knoxville protest police brutality 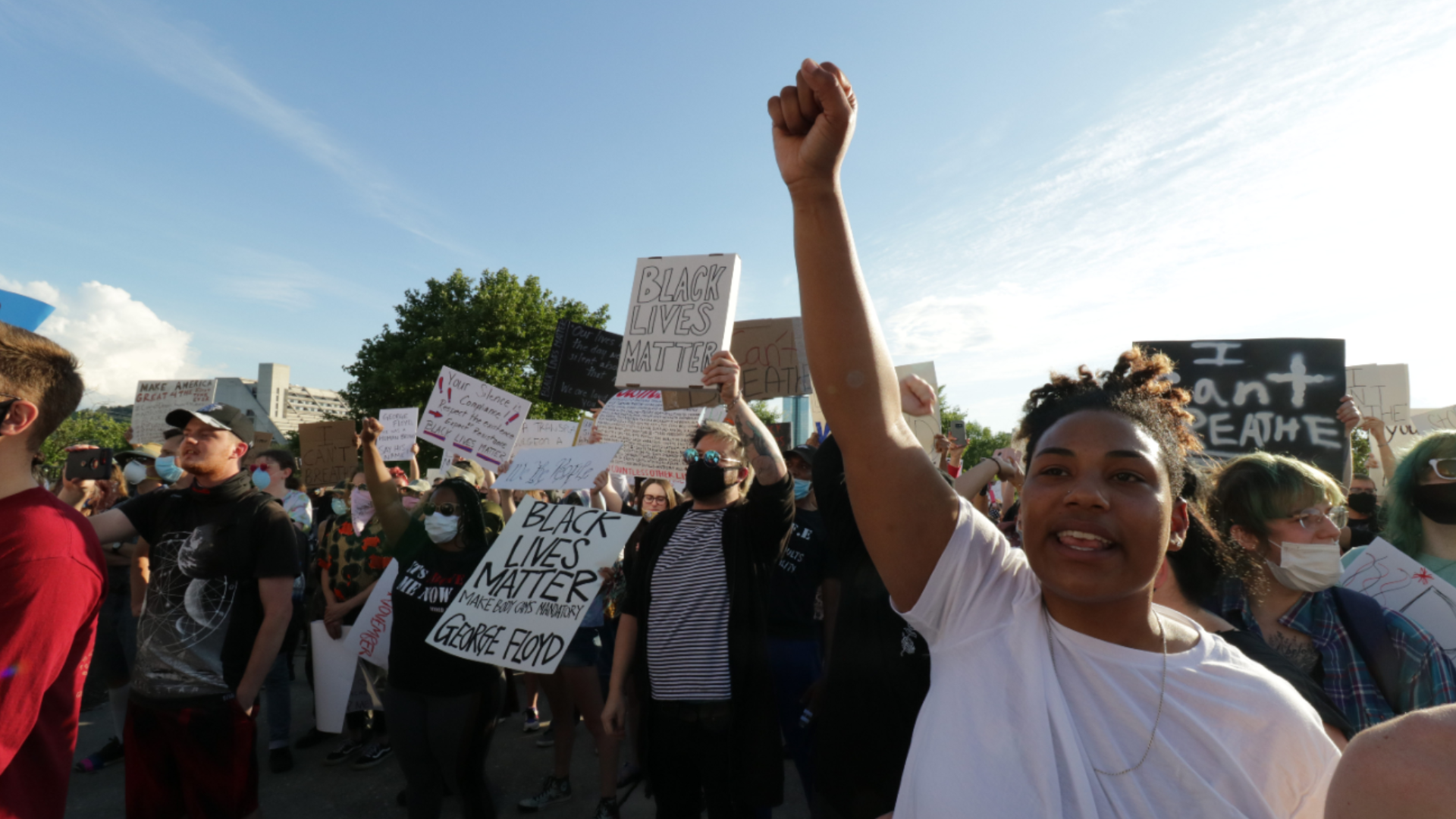 The protests come amid national unrest and tension after the death of George Floyd, 46, in Minneapolis.

Floyd died Monday after being pinned to the ground for nine minutes by a white police officer. A video shows Floyd attempting multiple times to tell the officer he could not breathe.

Around 6 p.m., protesters in Knoxville gathered outside the KPD headquarters on 800 Howard Baker Jr. Ave. Organizers began the protest with a prayer before listing specific action points they would like to see happen on KPD's part.

Signs ranged from "I can't breathe" to "No justice no peace."

"Enough is enough," protester Calvin Taylor Skinner told 10News. "We keep seeing our young black sisters and brothers being victims of people who are charged to serve and protect."

Speakers also took up the microphone to speak to the black experience in Tennessee, recounting experiences of hateful racism -- but also experiences of strength and solidarity.

"We have an issue here," protester Constance Every said. "And as black people across the country we need to stand in solidarity when one of us loses our life senselessly, especially to a public service force like a police department."

Earlier Friday, Knoxville Mayor Indya Kincannon and Police Chief Eve Thomas said Friday in a statement they were outraged at the conduct of Minneapolis police officers involved in the death of George Floyd.

Skinner said the protest is a way to make sure black voices are heard.

"The community (is) united, and they are willing to voice and willing to show up and willing to march and willing to do the things that are necessary," he said. "To ensure that we are embracing about being tired of telling folks and making folks recognize that -- as black men and as black women -- that we matter in this nation and that we contribute and that our voices should be heard."