Jamal is preparing to graduate from high school, but finding the money to pay for college is not easy."Jamal and I started talking about let's do a shirt," said Willis. 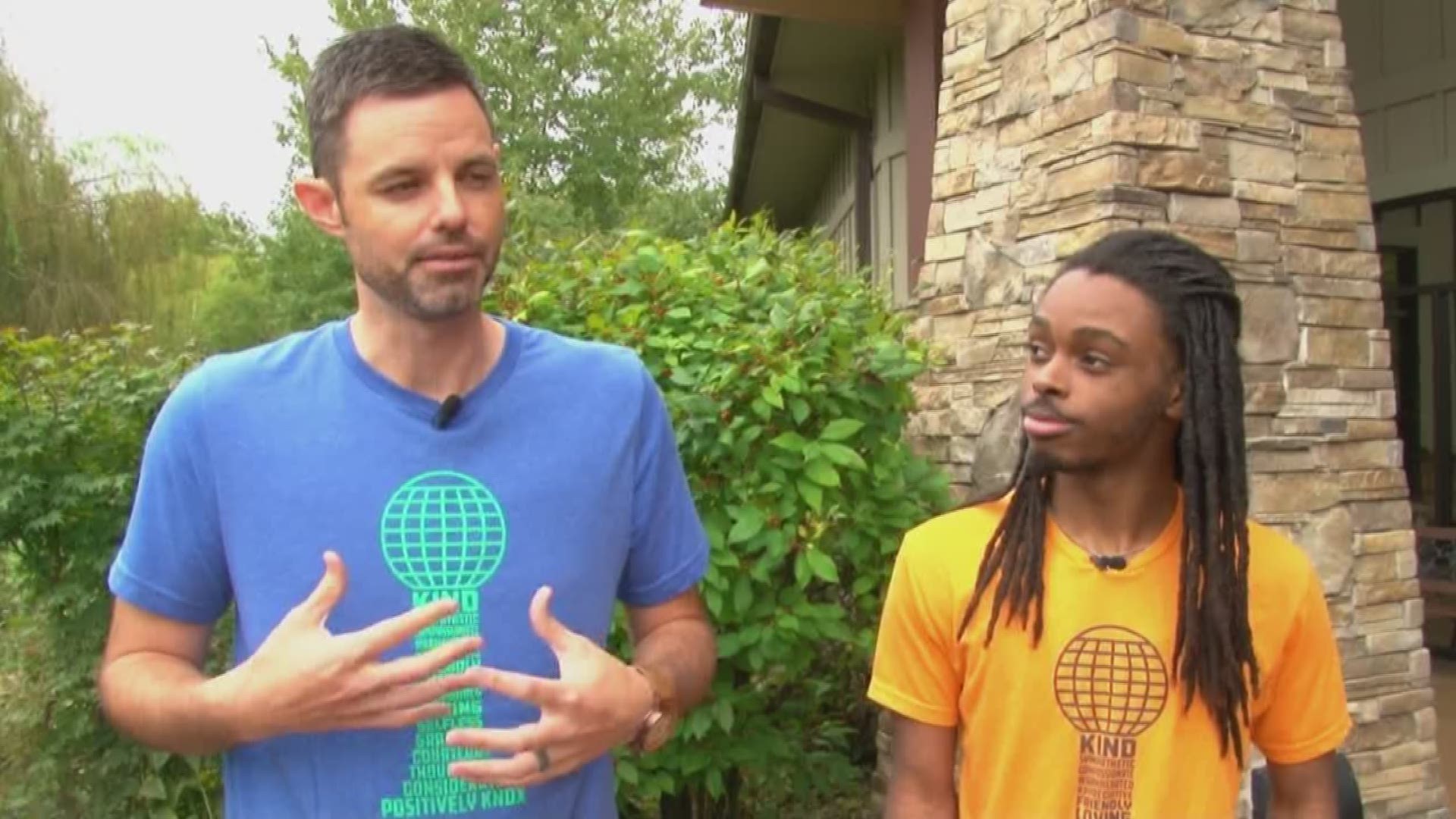 Knoxville — Jamal and his big brother, Ryan Willis, have done just about everything together.

The pair have come a long way since they were matched in the Big Brothers Big Sisters of East Tennessee program six years ago.

"At first it was just like, um, I don't know how this is going to work, but then I realized he's such a great person, and he really helped me, and we helped each other," said Jamal.

Jamal is preparing to graduate from high school, but finding the money to pay for college is not easy.

"Jamal and I started talking about let's do a shirt," said Willis. "My wife and I started this t-shirt company about two years ago, and we had been talking about ways to get Jamal involved, and as he was coming into his senior year we thought it would be great to have a senior project."

The pair designed a t-shirt displaying the iconic Sunsphere and words of encouragement.

"The idea I came up with is just giving as much love and positivity as we can to this community," said Jamal.

Willis said the project, Positively Knox, is a reflection of Jamal and a way to promote positivity in Knoxville.

"The proceeds will actually go to a college fund that I'm setting up for Jamal," said Willis.

Jamal has been involved in the entire process from the design phase to pricing and shipping.

The pair have sold about three dozen shirts and are planning another design to keep the project running through next year.

"At the end of the day, it's so much fun," said Jamal. "Just knowing that everything's going to be okay."

And it all started when they took a chance on each other, so many years ago.

"I wasn't sure if I had the time to commit to doing this, but I tell everyone now, it's really about making the time," said Willis. "It's worth it, and we have just had an unbelievable time."

More than 160 children across East Tennessee are waiting to be matched with mentors at Big Brothers Big Sisters of East Tennessee.

But there are not enough volunteers, and the waiting list is growing.