David, a husband and father of two, grew up in a third world country and knows the struggles of fitting in. 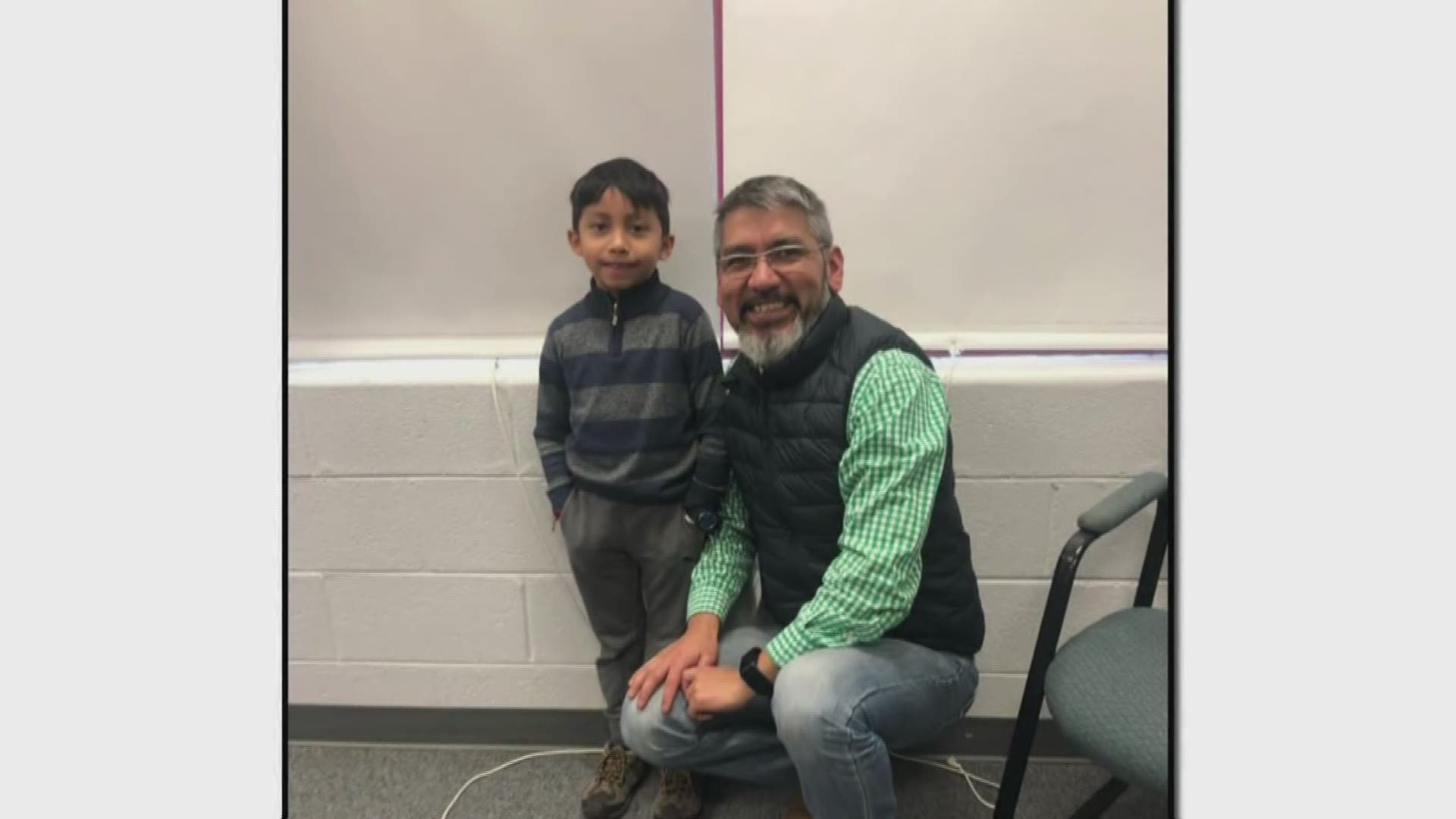 KNOXVILLE, Tenn — David Bocangel meets his little brother on the playground on a chilly November morning for a simple walk Juan, 7, has been waiting for since last week.

"He's a good listener. Maybe better than me," David said.

The two were matched last year through Big Brothers Big Sisters of East Tennessee and made an instant connection over play dough, homework and Juan's favorite, David's cooking.

Credit: David Bocangel
Juan and David during their first meeting.

"He can make spaghetti, and I think when I turn 8, he's going to make me pizza," Juan smiled.

David, a husband and father of two, grew up in a third world country and knows the struggles of fitting in.

"I was in poverty for times of my childhood when I was in Bolivia, so although I found a good career here in Knoxville, and I can provide for my family, seeing Juan is also seeing my childhood," David said.

During their weekly meetings, a once timid little boy soon began to change and embrace his differences. Juan's first grade teacher took notice.

"When he met David, he just flourished. His personality developed academically, and then I saw this kid who knew so much more than I ever knew, and he moved up in his reading group and just wasn't afraid to kind of be who he was," Kelsey Altshuler said.

Altshuler was so moved she decided to sign up to become a big sister herself.

David and Juan have big plans for their friendship, but for now, they are focusing on the little moments that matter most.

"It's a good reminder that we're all kids inside, and sometimes we forget about the important things in life. Juan's a tremendous kid, and he brings that value," David said.

More than 100 children are on the waiting list to be matched with mentors through BBBS of East Tennessee, including three bilingual children.