What started as a school project for two high school students at Clayton-Bradley Academy is changing the life of a six-year-old girl. 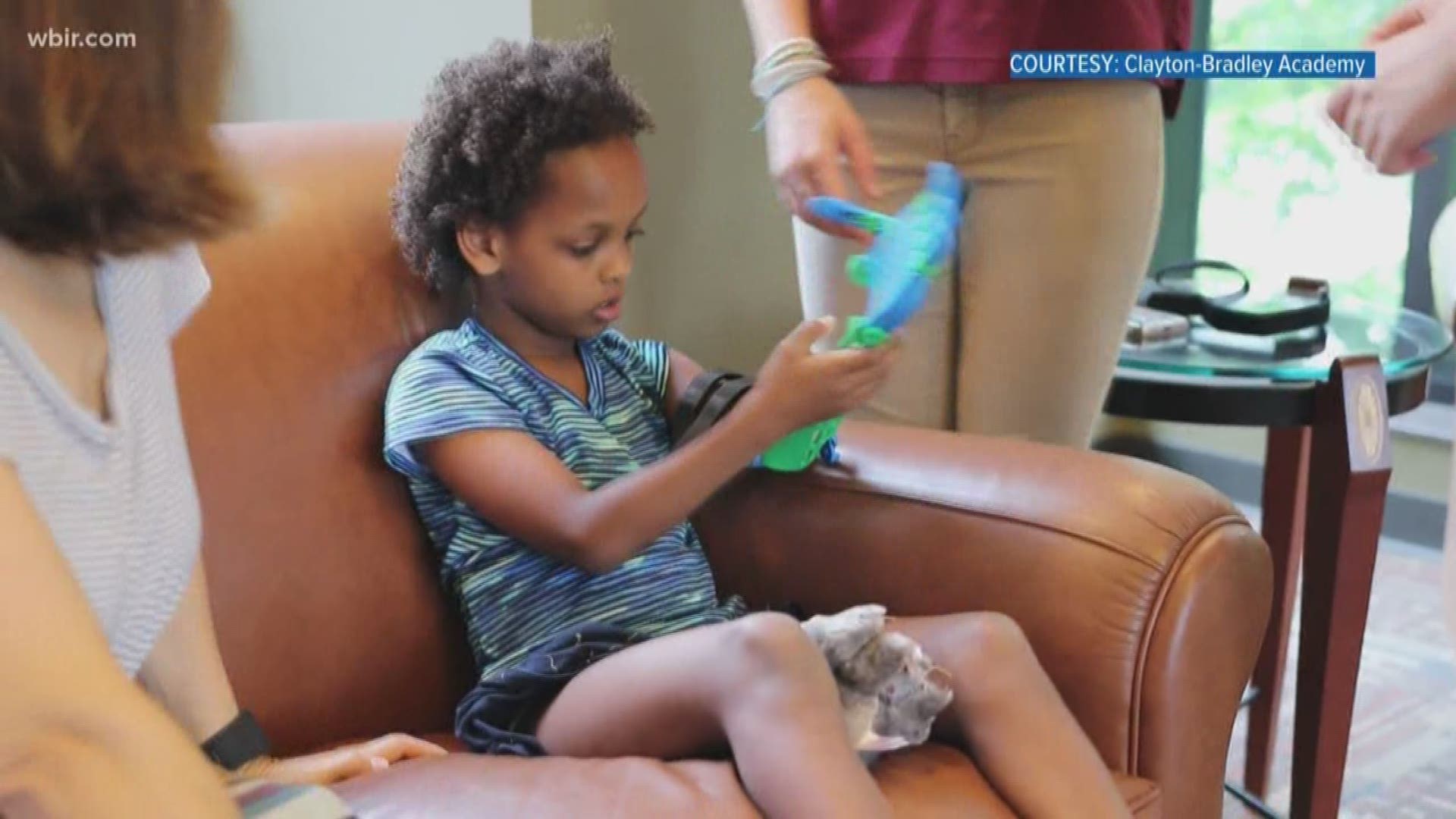 ALCOA, Tenn. — Caroline Stedina and Jaden Bogert were the only high school freshmen in an engineering class filled with upperclassmen at Clayton-Bradley Academy.

"We were the only girls in a class of junior and sophomore boys. That's why we wanted to partner together," Bogert said.

The class assignment was broad: create something that impacts you.

But, the pair decided they wanted to impact someone else instead.

"We went to Dr. Lucas to see if there was anything we could do for anyone. That's when he told us about the website e-NABLE, where they 3D print prosthetic hands," Stedina recalled.

e-NABLE is a network of volunteers who create 3D printed prosthetics for people in need, especially children.

After researching the process and 3D printing a test device, Stedina and Bogert reached out to potential recipients.

"That was the hardest part, finding a case and actually having them reach back out to you," Bogert said.

Finally, they found a match in a six-year-old girl from Africa, who happened to be visiting Nashville over the summer.

"I never would have thought at the beginning of this project that we would actually be here handing it off to someone," Bogert said.

As the two prepare for their sophomore year of high school, they're already looking to their next project.

"We were talking about custom-designing something that she could attach to her bike to make it better," Stedina said.

The school recently opened a local e-NABLE chapter to hopefully find and help other local recipients.