It's not the picture-perfect senior year, but the photo sessions gave the students something to smile about. 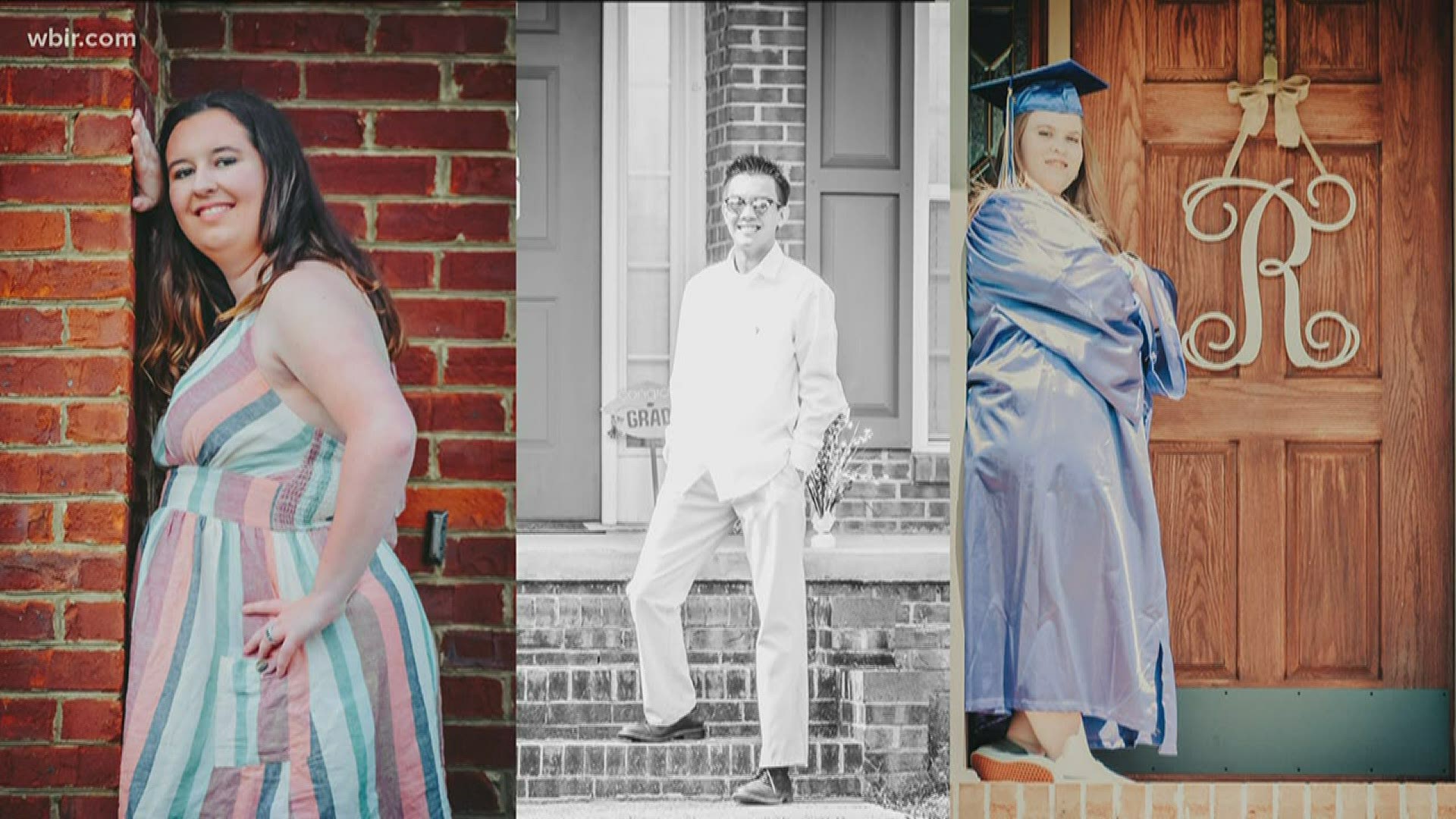 SEYMOUR, Tenn. — Photographer Dallas Swaggerty wanted to bring the class of 2020 at The Kings Academy in Seymour a sense of normalcy during a semester that's anything but normal.

She collected as many addresses as she could, grabbed her camera and set out on a marathon photo session at each of the senior's houses.

The students got into it. Some wore masks with their cap and gown. Others incorporated toilet paper into their poses.

"I thought the guys would be less likely to do the fun stuff, but they were kind of the ones that were most on board with it and were like, 'let's do this,'" Swaggerty said.

For many of the students, the days are spent inside, taking online classes. Some missed their senior season of athletics, prom, or pulling the tassel over to the left side at graduation.

“As a class, I think we all really appreciated it. She doesn’t even have a daughter or son in our class. She’s always on campus taking pictures for us. I told her, I don’t think she’ll ever realize how much we appreciate it," said seniors Kaylan Cole and Zac Shaffer during a Facetime interview.

RELATED: Pay It Forward: Volunteers step up to deliver groceries to those at risk of getting virus