Volunteers are busy collecting, cutting and crocheting plastic grocery bags to turn into sleeping mats for the homeless. 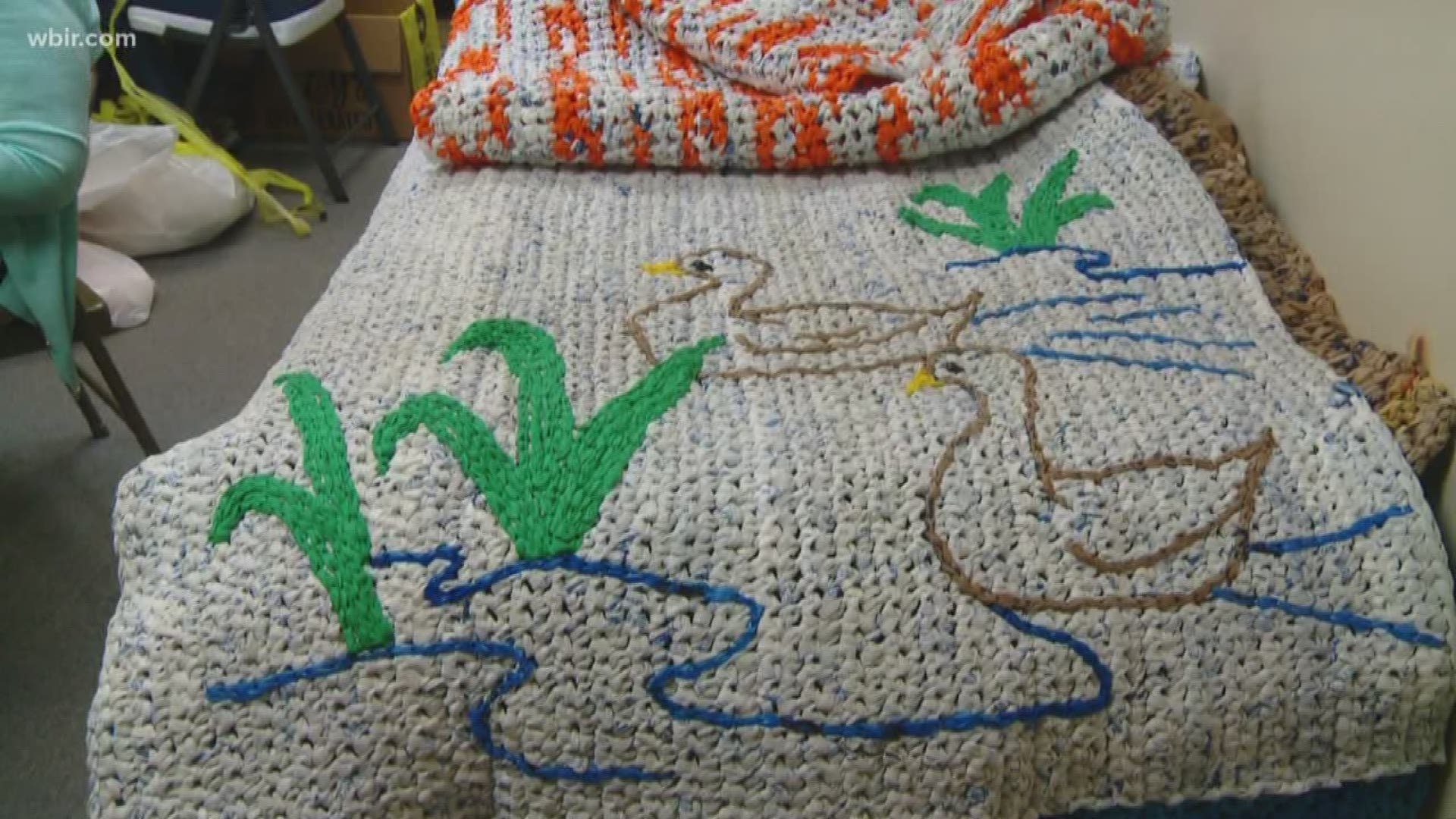 Maryville — On a Monday morning, the sounds of rustling plastic bags and conversations echo through the hallway at Madison Avenue Baptist Church in Maryville.

Volunteers are busy collecting, cutting and crocheting plastic grocery bags to turn into sleeping mats for the homeless.

Six years later, the idea has grown into a ministry that includes nine church groups, dozens of volunteers and hundreds of recycled sleeping mats.

"It's made a big difference. I think more about the homeless now than what I did. If you don't see them, you don't always think about them. But now, I think about them all the time. We pray over the mats and the people who'll receive them that this will make a difference in their lives," Montooth said.

Liz Henry, who goes to Madison Avenue Baptist Church, is one of the crocheters. When her daughter was undergoing chemotherapy, she would work on the mats at the hospital to help pass the time during treatments.

After her daughter's death, the mat making has helped her heal.

"I was in a place where I could help, and I had never been in that situation. It brought a calming feeling as to why we do this," Henry said about one instance where a cashier she met told her that she received one of the grocery bag mats when she was homeless.

Henry said the woman told her that even though she has a home and a job now, she kept the mat in her kitchen as a reminder of what she went through.

If you're interested in volunteering with one of the church groups or you want to start a group of your own, call Carolyn Martin at 865-803-6401.