Kids left the three-week camp with their own sewing machine and a business plan. 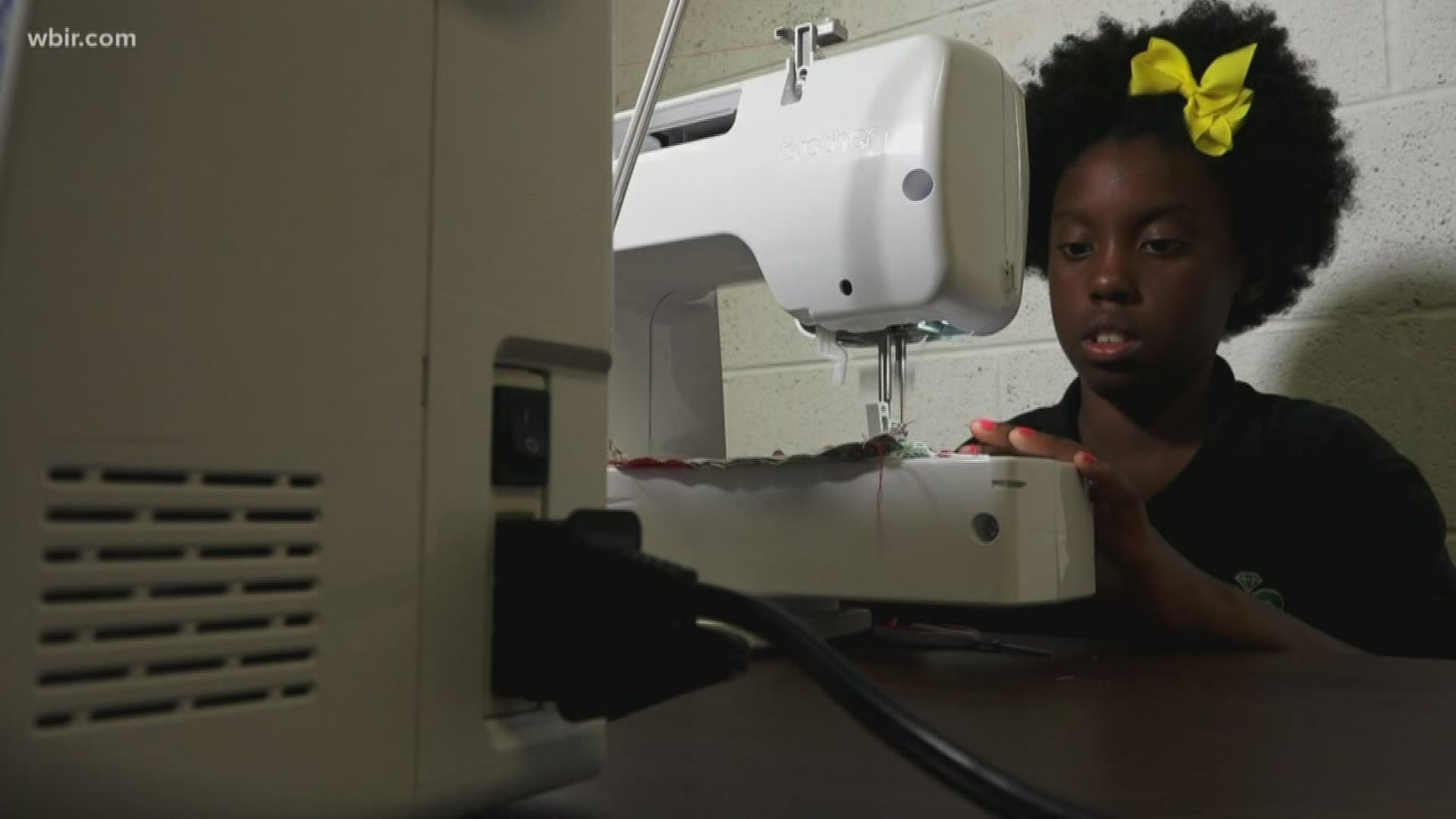 KNOXVILLE, Tenn — Enkeshi El-Amin, a sociologist who studied at the University of Tennessee, was preparing for a career as a professor when a happy accident changed the course of her life.

El-Amin said she was interviewing for a news article about her side job as a seamstress/designer when she casually mentioned the possibility of one day opening a summer camp for kids. When the article was published, so was the idea for the camp, and support from the community came rushing in before El-Amin even knew what she was doing.

Credit: WBIR
Enkeshi El-Amin plans to expand 'Sew It, Sell It' to an after-school program.

Marcus Hall, the owner of Marc Nelson Denim in East Knoxville, donated studio space, and people from around the area dropped off sewing machines, food, and furniture, so kids could attend the camp for free.

By mid-July, 'Sew It,' Sell It' was ready for its first campers.

"The kids learned to sew in three days, actually make that two days. The first day was a lot of team building and getting to know each other, so they really learned to sew in two days," El-Amin said. "I remember thinking I must be getting better or these kids are really good because they just caught on so quickly."

When professionals like Randy Boyd or Chris Blue popped into Marc Nelson Denim to shop, Marcus Hall would bring them back to the studio, so they could meet with the campers.

Credit: Sew It, Sell It
Singer Chris Blue takes a moment to meet with kids at 'Sew, It Sell It' while he shops for a new outfit at Marc Nelson Denim.

A large portion of the camp included learning how to run a business. Participants had to come up with a product and pitch it to professionals in the community at the camp's very own market day.

"When I say I was impressed, I'm not just saying that. I was super impressed by how well they presented, how well they knew their products, how well they were able to talk about it. The judges were so impressed, they said, 'we can't just have three winners.' So, they went out and got gift cards for everyone," El-Amin said.

Tiara Hill is a sixth-grader who created 'Bonnets By T' with the skills she learned at camp.

Bonnets By T
Bonnets By T. 43 likes. I create bonnets because African Americans 9 times more on hair care than other populations. Which is a big investment. So I make bonnets to protect that investment.

"I created a bonnet that would protect braids. I got this idea because I wear braids, and African Americans spend a lot of money on hair care. It's a big investment, so I created something to protect that investment. I have a waterproof one too," Hill said, and she already has a plan for her profits. "I'm going to take most of the money and reinvest it back into the business, and I'm going to open a bank account."

Her fellow camper, Ja'Shonna Bryant, was inspired by her dog to create her business, 'Bow Wow Doggie Boutique.'

"I made a dog vest that's comfortable for your dog," Bryant said. 'I made it out of cotton fabrics and silk fabrics, so it's soft."  Bryant said even if you don't have a dog, you could purchase a vest, and she'll donate it to Young Williams Animal Shelter.

"I grew up in a household where I saw a lot of entrepreneurs. My grandmother was a seamstress. Sewing was her primary income. I learned to do hair from my sisters who did hair. My sister is a hairstylist in Atlanta who has her own business. I was always around people who were starting their own business or tapping into their entrepreneur spirit," El-Amin said, adding that she's instilling that same spirit in a new generation of entrepreneurs.

El-Amin said she has plans to expand 'Sew It, Sell It' to an after-school program and exploring options to teach the same lessons to refugees as well.

Sew It Sell It
Mark your calendars