The KC Mart was the place where a record Mega Millions jackpot ticket was sold in 2018. 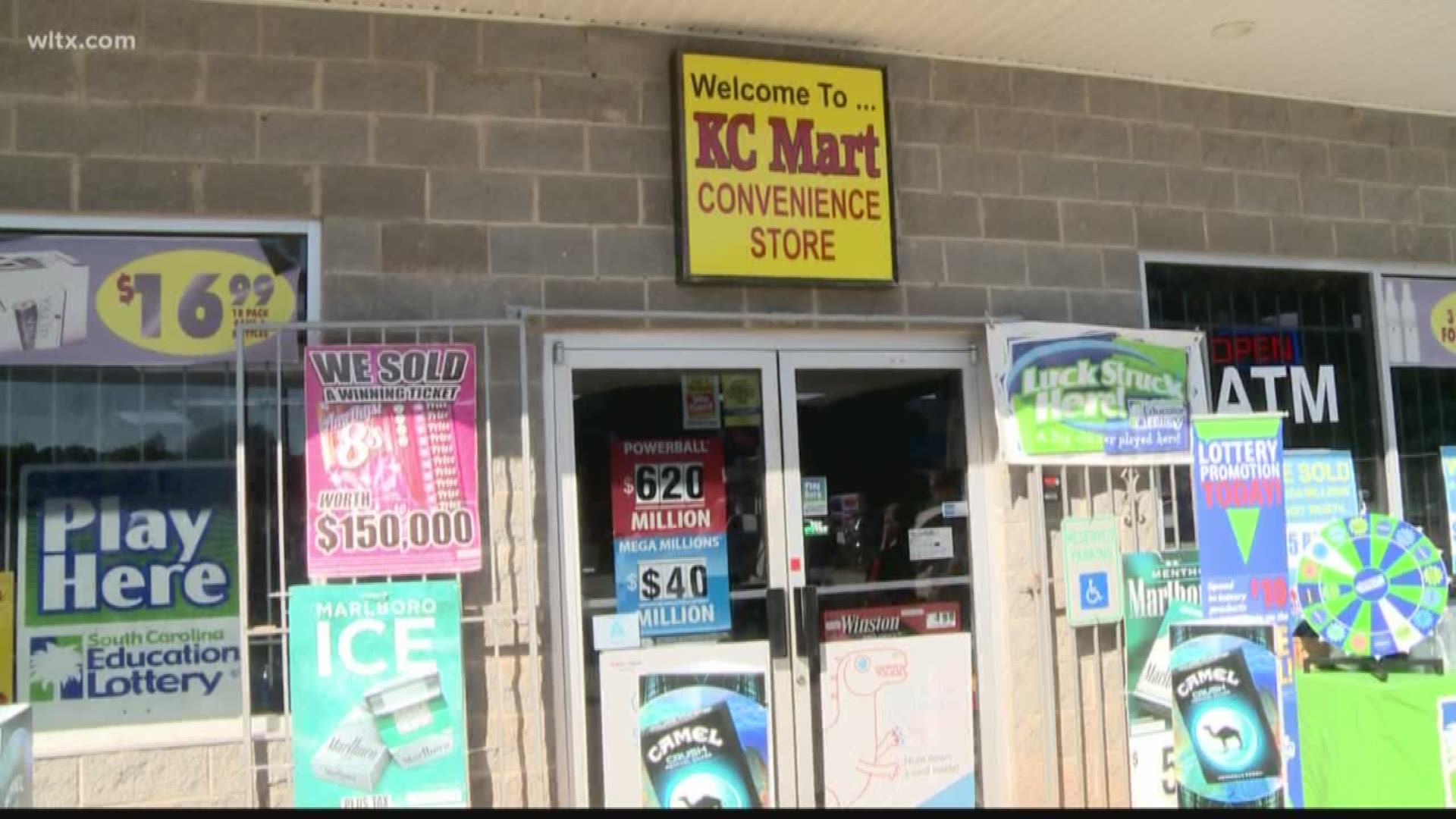 SIMPSONVILLE, S.C. — The owner of the South Carolina convenience store that sold the second-biggest jackpot ticket in U.S. history is now charged with not paying over $100,000 in sales tax.

The agency says Patel runs the KC Mart chain including the one in Simpsonville, South Carolina. According to arrest warrants filed by SCDOR, he underreported his taxable sales each year from 2013 to 2017 on a total of $2,044,737 in sales.

SCDOR says that failure to report led him to evade $123,044 in sales tax. If convicted, he could face a maximum of five years in prison or a fine or $10,000 per count.

Back on October 23, 2018, the Simpsonville KC Mart was the place where a $1.537 billion Mega Millions ticket was sold. That prize remains the largest in Mega Millions history and is just under the Powerball one in 2016 of $1.586 billion on the largest jackpots list.

Per lottery rules, Patel's store received a $50,000 bonus for selling the ticket. It was reported at the time he planned to share the bonus with store employees.

Instead of an annuity, she chose a lump sum of $877,784,124. It remains the largest payout ever to a single lottery winner. (The record Powerball prize was split three ways).

Through a representative, she said she was visiting in Greenville when she decided to go on a scenic drive. She said she saw the sign on the KC Mart announcing the jackpot and decided to take a chance and purchase a ticket.

She said she knew the next morning that she won, but instead of coming forward right away, she spent time researching experienced professionals to help preserve her anonymity and manage her new-found wealth.

She eventually claimed her prize in March of 2019. She announced after she won that she would give some money to charity.

RELATED: $1.5B Mega Millions winner knew she won a day after the drawing, will donate to SC charities