The hospital owned by Rennova in Jamestown is out of supplies and is telling ambulances to take patients elsewhere. 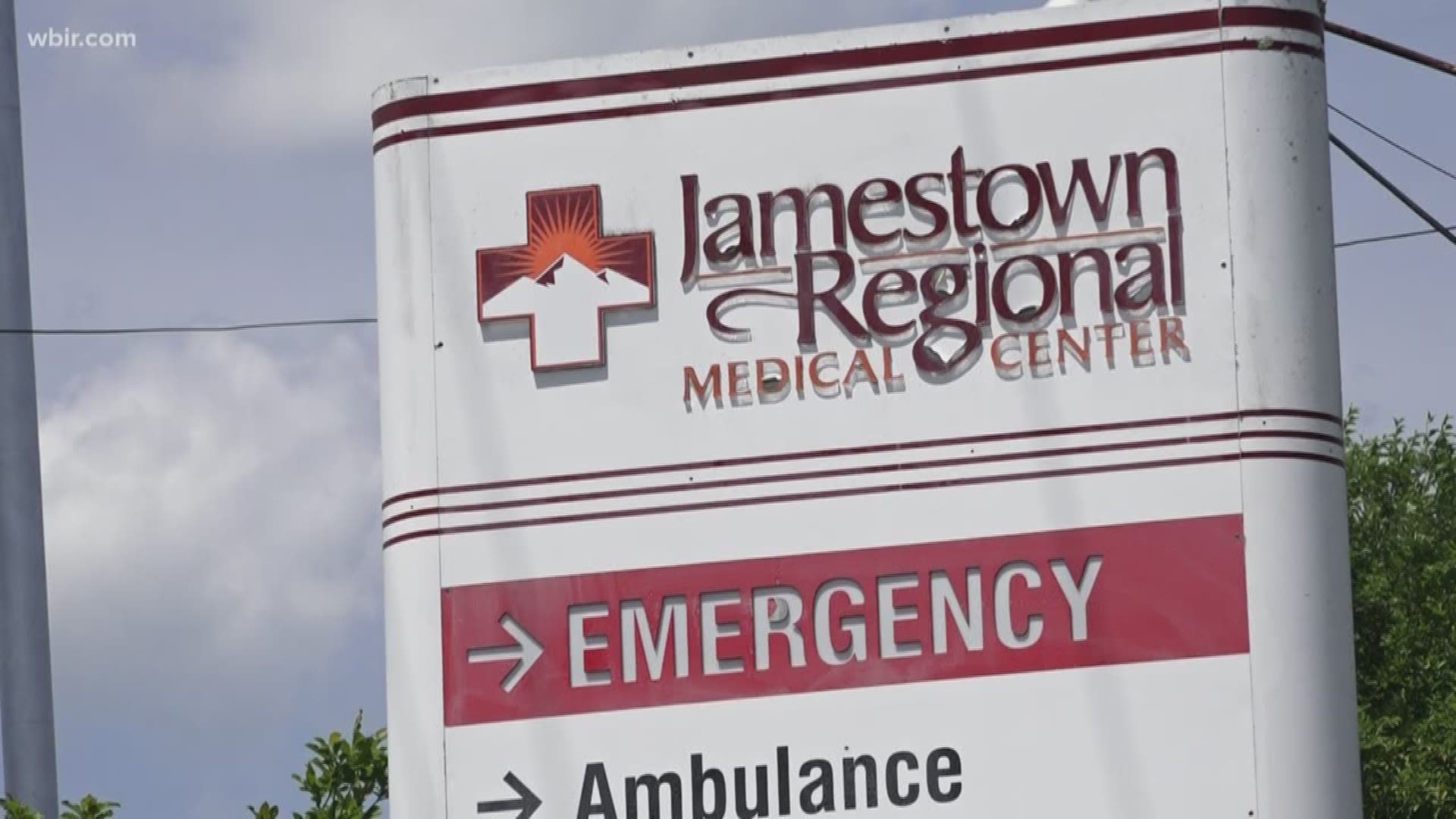 The hospital in Jamestown is hurting, and it's going to take more than doctors to fix the wound.

Federal tax liens show the IRS is after more than $474,000 in unpaid taxes associated with the hospital’s owner. The register of deeds tells 10News a local electric company also filed a lien against the medical center for $11,000 in unpaid contracting fees.

The hospital is owned by Rennova, a company based in West Palm Beach, Florida. Over the past several years, they’ve bought up hospitals in Jamestown, Jellico and Oneida. The most recent SEC filings show the company has no cash on hand, a working capital deficit of $30 million, and a stockholders’ deficit of another $30 million.

A lawsuit filed against Rennova by a former employee seeks more than $250,000 in unpaid wages and paid time off. The Scott County register of deeds shows a state tax lien filed against the company for an unknown amount and a federal tax lien of just over $1,400.

"Fentress County has not been well served by that company thus far," said Representative John Mark Windle, who represents this part of the state in the legislature. "It’s hard for me to believe that the state or federal government does not have a better handle on regulating hospitals in America."

We met Windle in Crossville, an hour away from Jamestown and the place where ambulances are now forced to bring patients after the only hospital in Fentress County ran out of supplies. It's not clear when or if more supplies will arrive.

"It’s not fair to the citizens of Fentress County to have to ride 40 miles for emergency treatment," said Windle. "It’s absolutely a crisis."

The next closest hospital is in Crossville, 37 miles away. There’s also a hospital in Cookeville. That also takes about an hour to get to.

In a statement, Rennova defended the financial woes and vowed to keep the hospitals open.

"We have no plans to close hospitals. Quite the opposite, the hospitals you mention have recently been acquired by Rennova as part of a long term business strategy." the company wrote. "Unfortunately the transition of one of the hospitals mentioned has been more tumultuous that the others and resulted in an unexpected reduction in monthly collections over the past three months."

The problem is gaining attention in Washington as well.

"It's not fair, it's unfortunate. It's terribly unfortunate," Congressman Tim Burchett told 10News.

Burchett says the state and federal government must come together to solve the problem. His district includes one of the hospitals Rennova owns, in Jellico.

With lawsuits, state tax liens, and federal tax liens filed against the company in several East Tennessee counties, it’s unclear how a hospital that has run out of supplies plans to continue treating patients.